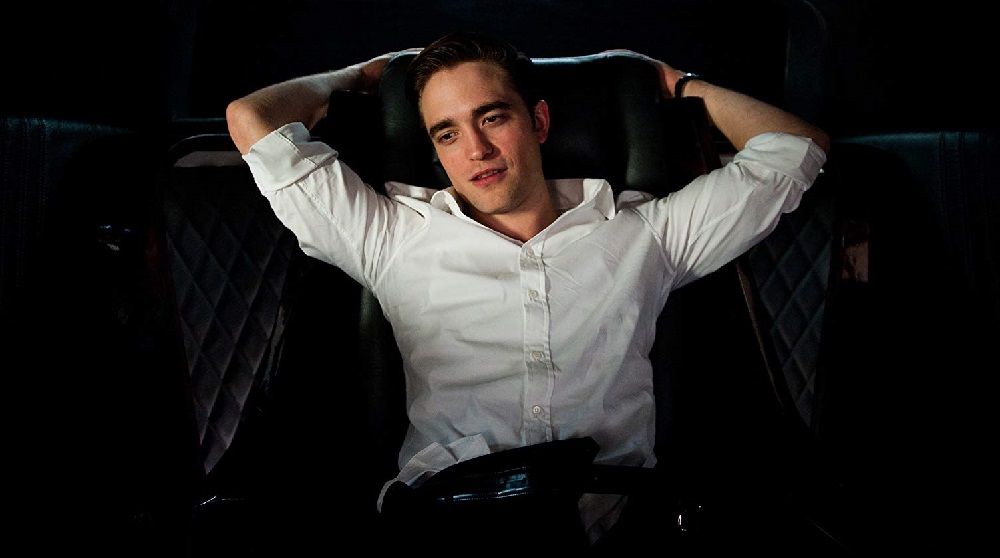 I have not read Don DeLillo’s novel Cosmopolis on which director David Cronenberg (A Dangerous Method) based his screenplay, so I do not have a clue how the Canadian auteur’s hyper-sexualized adaptation compares to the source material. What I do know is that it fits distinctly within the director’s canon, a second cousin to Videodrome and Naked Lunch, and from the first scenes I knew for certain whose world I was in and that I was in for a bumpy ride unlike anything else playing in theatres at this moment.

This movie has passion, a kinetic drive bordering on the hypnotic. This is a world similar to our own yet at the same time completely alien, the parallel energies running through events keeping me off-balance and on the edge of my seat. As stilted and as aloof as the dialogue and the mannerisms can be, as theatrically monotone as he asks his cast to say their lines, there is reason to all this Cronenbergian madness, a point to the tedium, the story building to a treatise on the here and now that packs a mighty wallop.

At one point star Robert Pattinson finds himself face-to-face with an oily parasitic bottom feeder (or so he seems) played with ferocious relish by Paul Giamatti. The artifice of all that’s preceded this moment is suddenly stripped away, the one-dimensionality of Pattinson’s portrait proven to be nothing more than another of Cronenberg’s illusions as the actor awakens as if from some deep catatonic slumber. The director’s ideas about wealth, self, life, poverty, country and community come crashing to earth, and even if the final fade to black is purposefully vague that doesn’t make the impact it had upon me as I sat in the darkened theatre any less massive.

It’s getting to that point that can be a moderate chore. The movie concerns itself with a day in the life of financial whiz kid Eric Packer (Pattinson), the young man heading off to get a haircut on the other side of Manhattan even though his chief of security Torval (Kevin Durand) urges him to do otherwise. Along the way he encounters his newlywed wife Elise Shifrin (Sarah Gadon), has meetings with various members of his inner circle (Samantha Morton, Jay Baruchel, Philip Nozuka), hooks up with his artistic muse (Juliette Binoche) and has his daily medical checkup, almost all of these events taking place inside his high-tech limousine.

These sequences, taken on their own, are fairly bizarre, disjointed and only tangentially connected one to the other. They are brief vignettes, all delivered in some sort of monosyllabic hallucinogenic dream state that’s unnerving. Emotions are raw, yet I still couldn’t get a firm grasp on just about any of them, Cronenberg keeping an aloof air of pretentious trickery throughout that comes perilously close to being off-putting.

Yet it all looks and sounds stunning, and I’m a little saddened by the fact that few will take the time to search the picture out and see it in a theatre, as solely from a technical standpoint this is one of the year’s most impressive efforts. Peter Suschitzky’s (Spider) cinematography is stunning, and when you consider almost all of the action takes place inside a stretch limousine that’s high praise indeed. The film is also spectacularly edited by Ronald Sanders (The Bang Bang Club) and magnificently scored by Howard Shore (Hugo), their contributions key to making things work as well as the ultimately do.

Even with my reservations, and I had my fair share of them, a few of which I can’t go into in any detail as it would spoil a few of the story’s most memorable surprises, I still cannot get Cosmopolis out of my head. The place where Cronenberg led me, the final discussion he pits Pattinson and Giamatti at diametrically opposite ends of, the filmmaker brought things full circle with fascinating panache. The acts and the illusions of the first 90 or so minutes are stripped naked, the futility and drudgery of Packer’s ambitions revealed as nothing more than empty promises. The film may be a mess, but it’s still something of a glorious one, and for those willing to take the ride they’ll have ridden shotgun in a journey they’re unlikely to forget anytime soon. 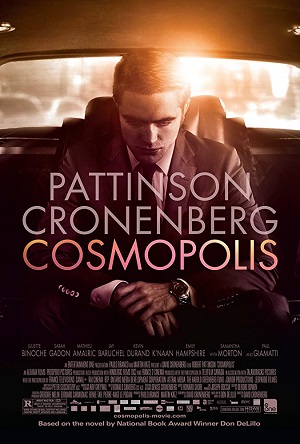