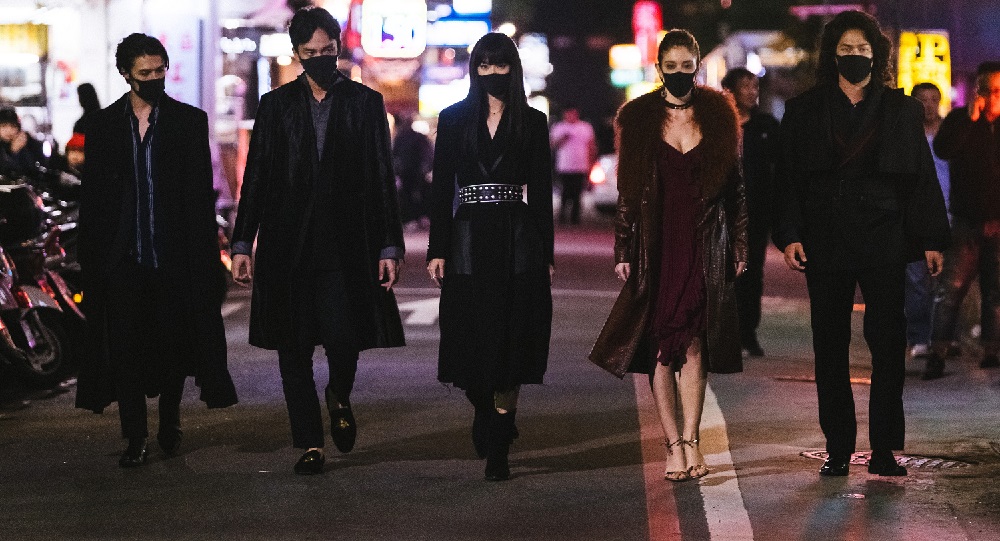 It’s the storytelling where I have issues. I just didn’t feel that all of the themes Verbeek and his talented cast were attempting to explore came through with enough clarity to register. Whether that’s enough to derail a recommendation, I’m not entirely sure.

Ultra-rich twenty-somethings Lulu (Aviis Zhong), Alexander (Yen Tsao), Mason (Gijs Blom), Anastasia (Anna Marchenko) and Bin-Ray (Philip Juan) are wasting away their days and night in Taipei, constantly searching for something to do that will bust through their collective malaise. Each week, a member of this quintet offers up a surprise for the other four, and it is currently Anastasia’s turn to wow her friends.

But their overnight camping trip to meet with a mysterious shaman goes spectacularly wrong when the friends awaken to find they’re suddenly sporting fangs and wonder if they also have a newfound hankering for human blood. Retreating back to civilization to hole up in a swanky new skyscraper owned by Alexander’s family, the group must answer a critical question if they ever hope to return to their former lives: Are they vampires?

I love Verbeek’s premise, and it allows him to bring up a bevy of fascinating themes, including economic inequality, gentrification, social media addiction, and the erasure of indigenous people from their ancestral lands. Unfortunately, only some of that is explored in any detail, and even in those cases, a lot of that is vague at best, obnoxiously contradictory at worst. It’s almost as if Verbeek has settled on saying something akin to “rich kids are people, too” — and that’s it. For the life of me, I have trouble believing that is the core point he wanted to make.

But the mood of this film is sublime. There’s a terrifically eerie bit that’s tinged with a welcome dollop of goofy irreverence, in which the gang attempts to drink blood for the first time. There’s another nice part where Bin-Ray is enthusiastically certain he mind-controlled a convenience store clerk, while an extended sequence involving Alex and a kidnapped sex worker is played straight and oozes disquieting tension.

Then there is Zhong. Lulu is the most mysterious member of the group, and the only one for whom Verbeek holds back key information regarding her background. This allows Zhong a lot of freedom to do several subtly multifaceted things with her character, such as underplaying certain scenes, especially early on, only to allow herself to go bigger and broader during the latter acts. She finds an emotional underpinning to Lulu’s plight that rings with a haunting authenticity no one else can match, and if Verbeek had spent even more time on this character and less on the others, that would have been fine with me.

Even with my list of reservations, I still felt obliged to watch Dead & Beautiful twice. Something about it is haunting, a mystically uncertain ambiance that’s reminiscent of David Fincher’s The Game. Couple that with the marvelous visuals and Zhong’s strong performance, and I’m willing to cut Verbeek’s film a bit more slack than I otherwise might have. This thriller has bite, and in this instance that’s enough to warrant a look. 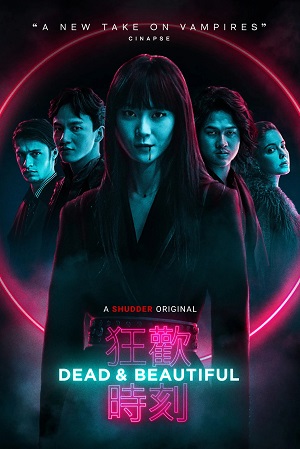