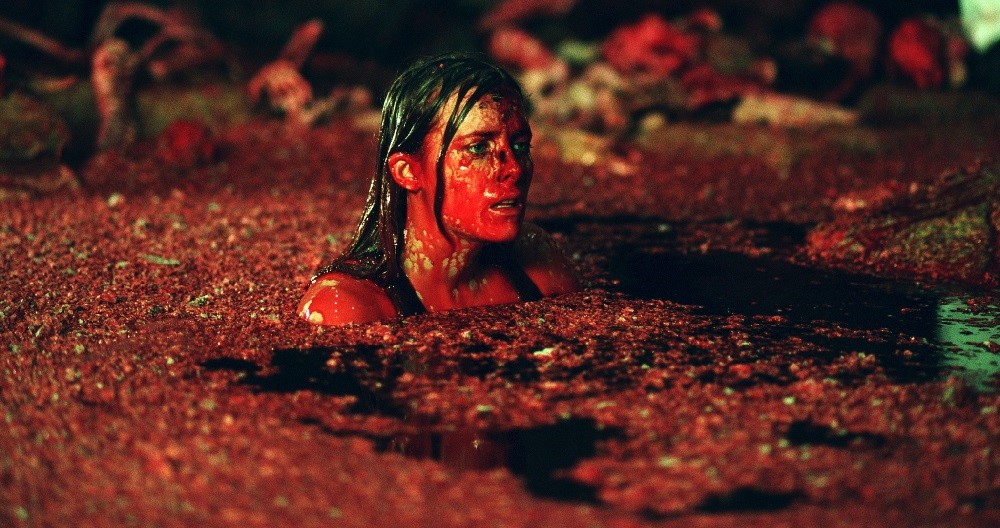 Chilling Descent a Freefall into Fear

Not since James Cameron burst onto the scene with The Terminator has a director crafted as deliriously kinetic a calling card as writer-director Neil Marshall has with his new horrific subterranean adventure The Descent. Following up his giddy 2002 soldier vs. werewolf B-movie Dog Soldiers, the filmmaker has created one of the most deliciously terrifying escapades I’ve seen in years.

This is a beautiful movie, a sublimely eerie meditation on why we’re afraid of the dark. It is also a superb examination of how the deepest anxieties aren’t the ones that attack from the outside but instead are the ones gurgling up from within.

A year after Sarah (Shauna Macdonald) loses her husband and child in a devastating automobile accident, her friends take it upon themselves to get the grieving woman out of the house and back into the wilderness she’s always adored. The close-knit team of six is led by the strong-willed Juno (Natalie Mendoza). Sarah’s best friend, she feels partly responsible for the tragedy which befell her comrade’s family. As such, she looks at this trip as a way to hopefully make amends.

The women intend to explore the mysterious caverns of North Carolina, heading underground to experience one of the many rich natural adventures Nature can offer those daring enough to experience them. But things quickly go wrong. Soon the group is trapped two miles underground, quickly losing faith in themselves along with their own collective sanity.

It gets worse. Unknown to them, this cave system is filled with humanoid life and isn’t friendly. Soon separated, the group battles for survival as best they can. These creatures move fast, and their numbers don’t appear to dwindle no matter how many of them are brutally dispatched.

It’s a simple premise, and it makes for an even simpler movie. Yet Marshall has crafted what is easily the most pulse-pounding and gruesomely perfect thrill ride I’ve seen this year. All the big-budget spectaculars – including the likes of Pirates of the Caribbean: Dead Man’s Chest, X-Men: The Last Stand, The Omen, Miami Vice and Superman Returns – pale in comparison to this little low-budget wonder. It is that magnificent.

Marshall’s script doesn’t exactly do anything unexpected, but that isn’t anything remotely akin to a problem. Originality and daring come in the form of the material’s execution, and on that front the director does a glorious, borderline brilliant job. The script crackles with tension and electricity, building both the scenario and the characters with ease. Sam McCurdy’s cinematography and Jon Harris’ editing work in symphonic synchronicity, while Simon Bowles’ production design and David Julyan’s score just only add to the freakishly unnerving suspense.

All six of the actresses are great, but this is undeniably Macdonald’s show. Playful, coy, sad, reserved and loving, every aspect of her character washes over the actress’ face at any given moment. As things fall to pieces, a steely resolve slowly materializes, an almost petrifying rage against the machine that signifies the tortures and hellish pain she went through after losing her family will only make Sarah stronger now. But the cost is staggering, and like a Kubrickian nightmare come to life, this newfound belief in her own individual power could end up having demonic consequences damning her to an existence lost amongst the inhuman shadows.

I loved this movie. What Marshall has crafted is the type of exuberantly sensationalistic wonderment that can get me yammering about its virtues until the cows come home and the chickens discover their long-lost roost. Shockingly scary, thrilling beyond comprehension and so fantastic it chills the viewer right down to the bone, The Descent is a freefall into fear not to be missed. 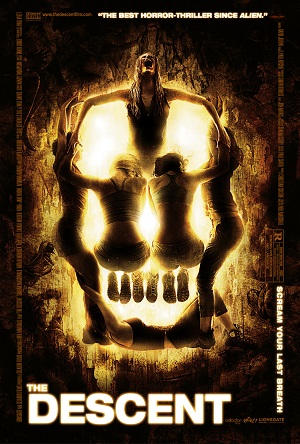