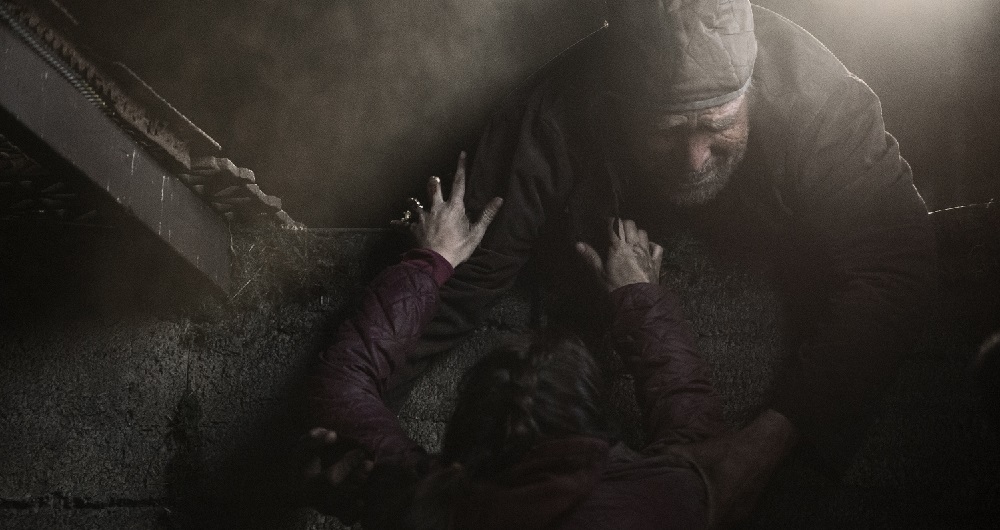 Chaotic Devil Below a Toothless Descent into Terror

The Devil Below is one of those films where I like the concept and the idea of it more than I do the finished product. The script from writers Stefan Jaworski and Eric Scherbarth has a handful of solid ideas, and director Bradley Parker (Chernobyl Diaries) is a competent craftsman with a strong visual effects background perfectly suited to a low budget, vaguely supernatural monster flick such as this one.

But it’s all for naught. The characters aren’t worth spending time with. Morgan Susser’s purposefully chaotic cinematography gave me a headache. Editor David Kashevaroff is forced to cut action and suspense scenes together in a way that leaves things visually incomprehensible. A game, suitably grizzled supporting cast led by the great Will Patton is all but wasted. There is no emotional weight to anything that happens. The suitably vague ending falls disappointingly flat.

Not that it’s a total loss. Spanish actress Alicia Sanz is excellent, delivering a complex, intimately dense performance that’s far better than this movie deserves. Composer Nima Fakhrara’s (Becky) vibrantly electrifying score is first-rate, while an early set-piece involving the attempted retrieval of a trapped scientist pulled into the mysterious recesses of a previously closed-off mine shaft is staged with tense, unsettling precision. The creature design is also rather good, but I can’t be more euphoric in my praise on that front due to what I’m sure were budgetary limitations, Parker keeping views of these beasts to an understandable minimum.

The plot is simple enough. Brit geological scientist Darren Atkins (Adan Canto) hires vaunted wilderness tracker Arianne (Sanz) to lead him and his team to the location of a fabled U.S. mining disaster. But Shookum Hills has seemingly been erased from the map, and the closest town to where it is supposed to be is filled with closed-mouth residents who will do whatever is necessary to convince these strangers to pack up their bags and leave.

They find the mine, of course, but it was not a normal disaster that shut the place down and forced an entire community to set up an elaborate electrical barrier around its smoldering remains. What Darren and his team discover is essentially a gateway to Hell, mysterious creatures who track their prey by sound and movement snatching whomever they encounter, dragging them down back into the fiery abyss to an unknown fate.

The group of scientists barely register as characters. All of them are a requisite “type” who fills a singular plot need until the second they are violently dispatched instead of a fully-formed human being. As for Darren, he’s so incessantly unlikable spending time with him is a tedious chore. But he’s not so awful that I was rooting to see him get his final and fatal comeuppance, either. The guy isn’t interesting enough to hate, and while Canto does his best to provoke the viewer’s fury, Darren is so unremarkable I found working up that kind of energy next to impossible.

I could feel influences culled from the likes of The Descent, A Quiet Place and As Above So Below, even Starship Troopers, but all Parker’s latest did was make me wish I’d have rewatched any of those again for the umpteenth time instead of giving this supposed fright-fest a look. While I like what Sanz is doing here (Arianne is as close as things get to a three-dimensional character), and even though Patton does add a weathered layer of gravitas, none of that made The Devil Below worthwhile. I just didn’t like it, and I can’t say I have anything more to add. 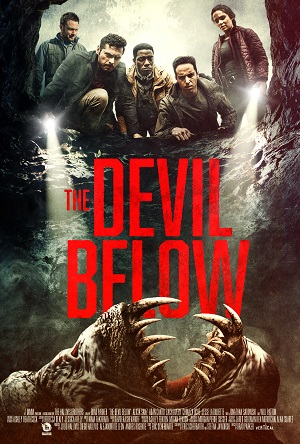