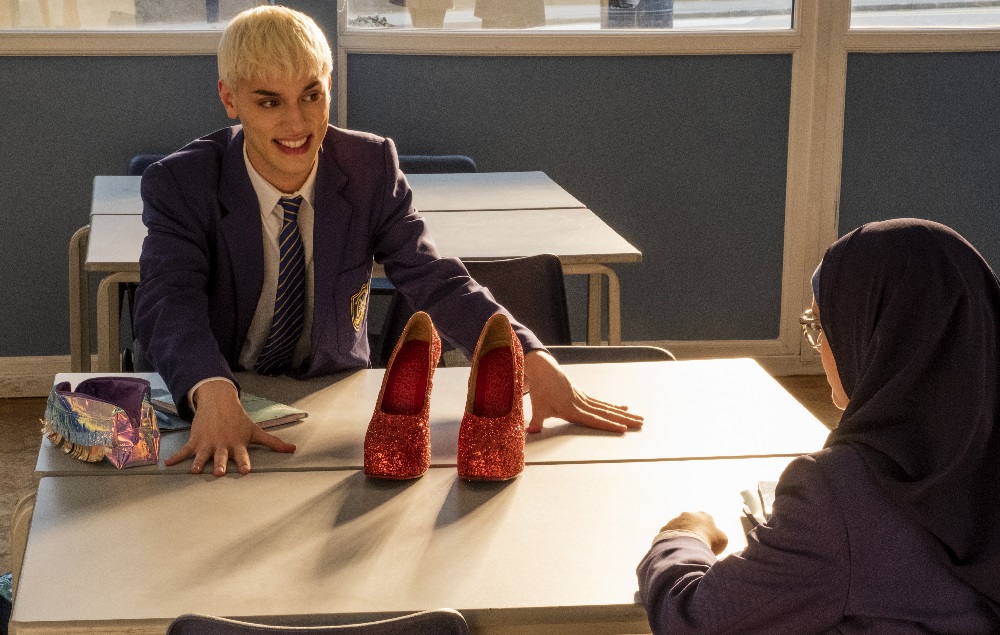 Delightfully Wholesome Jamie Worth Talking About

I honestly didn’t know what to expect sitting down to watch this one. I knew precious little of the true story the filmmakers based their hit musical on. Additionally, the over-the-top, cartoonishly flamboyant trailer made my skin crawl and had me questioning if I should even take a look at it in the first place.

But this is why I attempt to give every motion picture a fair shake with as few preconceptions as possible. Not only is Everybody’s Talking About Jamie entertaining, it’s so wholesomely kind it couldn’t help but make me feel terrific in ways I didn’t know I needed until after it had concluded. It’s that good, and with as much pleasure as the finished product brought me, I’m incredibly thankful I took the time to give it a chance.

After unexpectedly receiving a pair of expensive red high heels from his mother Margaret (Sarah Lancashire) for his birthday, Jamie New is on cloud nine. He’d been obsessively saving up to buy the footwear on his own for months, and even though Margaret doesn’t understand her boy’s fascination with the shoes, seeing the look of bliss wash over her son’s face as he nimbly struts around the yard is all that matters.

Jamie feels invincible now that he has the heels. While out at school, he’s still been content to stay somewhat in the shadows and not make many waves. Not anymore. Revealing to his best friend and confidant Pritti (Lauren Patel) that he aspires to become a famous drag queen, Jamie doubles down and also states he’s thinking of attending the school prom in a dress, an act of defiance so brazen it’s certain to cause something of an uproar.

It would have been easy for Butterell, MacRae and Sells to craft a “jukebox musical” when they first started outlining this project. They could have utilized any number of pop favorites from the past four decades, many of which would have fit this tale splendidly.

But that would have been the case in less creative hands, and this trio had no interest in going that route. Instead, they’ve composed a bevy of toe-tapping original songs for Jamie and the rest of the cast to enthusiastically belt out as events progress. Better, all of them are character and plot-driven, and like the best musicals, they give the narrative additional complexity that potentially would not have existed otherwise.

This also allows them to plant moments of exquisitely subtle seriousness in unexpected places. Case in point: Jamie needs a mentor in his quest to attain drag success. He finds that in the form of Sheffield shopkeeper Hugo Battersby, otherwise known as the formerly famous – or in some circles infamous – Loco Channelle (Richard E. Grant).

There’s an excellent montage during this first interaction between the pair where forty years of British LGBTQ history is showcased in the span of four or five minutes via a VHS home movie. It’s a marvelous moment. Not only is the song, “This Is Me,” heartbreakingly sublime, the video footage of Loco, her partner and her friends during their younger years is nothing short of perfect. It is a story beat that helps Jamie see beyond his own desires and see in a new light the historical significance of the path he is determined to walk upon, past, present and future all colliding in one single breathtaking sequence.

Some elements work better than others. While I applaud that Butterell and company don’t attempt to sugarcoat or put a saccharinely sweet bow on the relationship between Jamie and his estranged father – and Margaret’s ex-husband – Wayne’s (Ralph Ineson) relationship, I still can’t say I had much of an emotional investment in what was happening between the two of them.

This doesn’t matter near as much as I would have anticipated. Harwood makes an immediate lasting impression, the youngster delivering a strong, surprisingly nuanced performance that’s easy to love. Lancashire and Patel are equally wonderful, while veteran Sharon Horgan does a superb job of making the most out of her role as the school’s prickly career advisor Miss Hedge. As for Grant, he steals the show, and even though he’s only in a handful of scenes, outside of Jamie his Hugo/Loco is easily the film’s most memorable character.

I adored Everybody’s Talking About Jamie. Its innate jubilant goodness won me over. While the musical numbers are impressively shot and staged – props to cinematographer Christopher Ross (Black Sea) and editor Mark Everson (Paddington 2) on that front – and as great as Harwood and especially Grant’s performances are, it is that overwhelming spirit of kindness and acceptance that filled my heart with joy. I’ll be singing this film’s praises for some time to come. 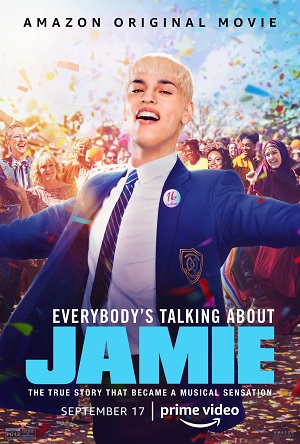