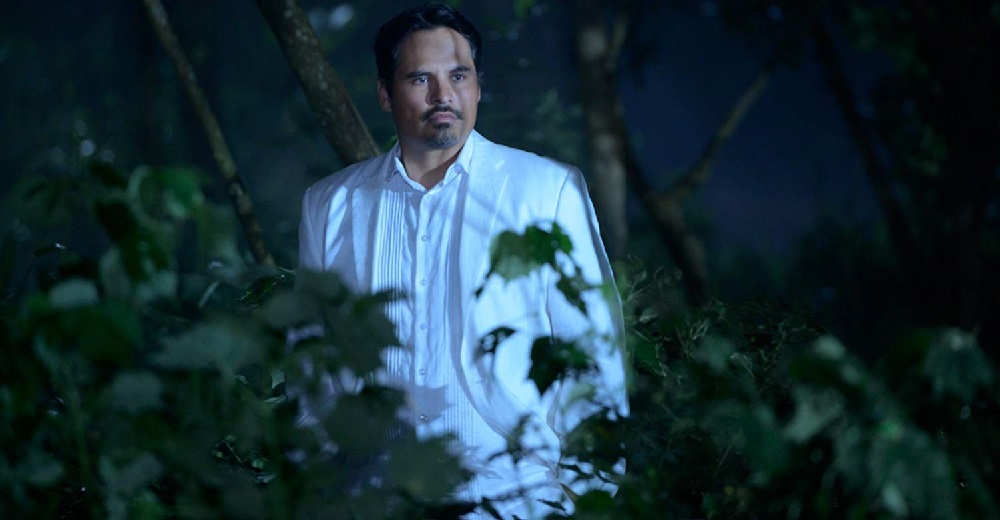 There is an inspired gem of an idea lurking at the heart of Fantasy Island, a horror-tinged rethinking of the hit television series starring Ricardo Montalban and Hervé Villechaize that ran for seven seasons between 1977 and 1984. The supernatural undertones lurking throughout director Jeff Wadlow’s (Kick-Ass 2) updated take are suitably ominous, and the general aura of unease that’s generated when a group of clueless tourists first step foot on the titular tropical resort is undeniably effective.

Unfortunately the director, co-writing the script with two of his Truth or Dare collaborators Jillian Jacobs and Christopher Roach, has failed to come up with a coherent plot or conceive interesting characters that might make the resulting film worthy of a look. It’s incomprehensible nonsense, all of the various plot strands that are supposed to be connecting each facet of the mystery virtually nonexistent. The final third is a massive disaster that’s bewildering in its narrative ineptitude, and as I sat there in the theatre I was dumbfounded how those involved with the production thought any of this was a going to play even reasonably well with a paying audience.

The setup follows the well-known premise of the television show. Melanie (Lucy Hale), Gwen (Maggie Q), Randall (Austin Stowell) and brothers Bradley (Ryan Hansen) and Brax (Jimmy O. Yang) have all won trips to the mythical Fantasy Island, a place where one’s deepest, most cherished dream can become a reality. They are quickly introduced to the well-spoken, immaculately dressed Mr. Roarke (Michael Peña) and his gorgeous assistant Julia (Parisa Fitz-Henley). One-by-one (or in the case of Bradley and Brax together as a duo), each is sent on their way to experience their fantasy with one single caveat; play things out all the way to their natural conclusion otherwise management cannot be held responsible for what happens next.

As ominous as that might sound none of the five seem particularly worried anything could go wrong. But wrong things do go, oftentimes spectacularly so, and it quickly becomes apparent to each of the guests not everything is on the level as far as the delivery of their respective fantasies is concerned. Soon they are all on the run, from what exactly none of them knows. All they do understand is they have to get off the island, and neither Mr. Roarke or his devoted staff are going to lift a finger to help them do it.

The idea is that Wadlow and the rest of his creative team are going to take the premise of the television show and then spin it on its head, taking things in a more ominously sinister direction while at the same time putting all the characters in mortal danger. They also throw a couple of additional players into the mix, not the least of which are a mysterious jungle dweller who has learned many of the island’s secrets played by Michael Rooker and a former high school classmate of Melanie’s who was the bitchy queen bee of their school and made the girl’s life a living hell portrayed by Portia Doubleday.

Yet nothing is done with either of them. Rooker’s character feels shoehorned in only to incoherently shout bits and pieces of pointless exposition, while Doubleday’s self-centered blonde bombshell is so illogically written it’s impossible to figure her out. Granted, at least in her case she’s around for enough of the running time to at least attempt to make the most of her role, the actress trying to deliver something of a grounded performance even if the loopy idiocy of the script makes doing so frustratingly difficult.

As for the primary cast, without question the two standouts are Maggie Q and Peña. The latter steps into Montalban’s shoes quite nicely, oozing a level of controlled confidence and imperious charisma I found awfully hard to resist. But it is the former who impresses the most. Maggie Q delivers a performance far superior to anything else to be found in the film. She attempts to elevate the story to a level it has no business trying to aspire to, a moment of hushed realization when she comes to grips with the fact that her fantasy is nothing more than a terrible, undeserved lie almost heartbreaking in its momentary emotional magnitude.

That’s pretty much it as far as positives go in my opinion. The fantasies are boring and tired. The enemies each of the guests end up facing are all instantly forgettable (save a game Kim Coates, appearing to be having a juvenile blast hamming it up as a Russian assassin known only as “Devil Face”). The emotional permutations at the heart of the tale are melodramatically lame. Worst of all the final stinger is both stupid and insulting, the last images a disappointing, borderline offensive slap in the face to Villechaize’s admittedly complicated legacy in a ludicrous pursuit of a chuckle from the audience that’s equally unwarranted and undeserved.

Then there is the last third of the film itself. The climatic portions of Fantasy Island are terrible. The backflips and summersaults the filmmakers have to execute in order for this mystery to come to a conclusion are astonishing. All of the character work they’d previously done is thrown out like yesterday’s trash, while the revelations as to who is doing what and why are a laughable slap in the face. I could have shrugged my shoulders and not cared one way or the other about Wadlow’s latest if not for this insipid turn of events, all of which made this supernatural fantasy more of a bludgeoning nightmare I’m regrettably not going to forget anytime soon. 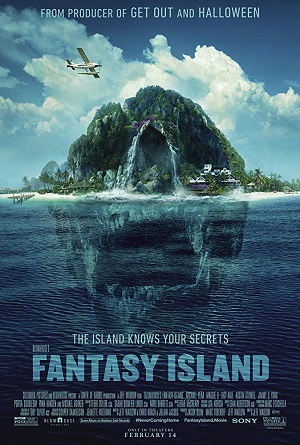