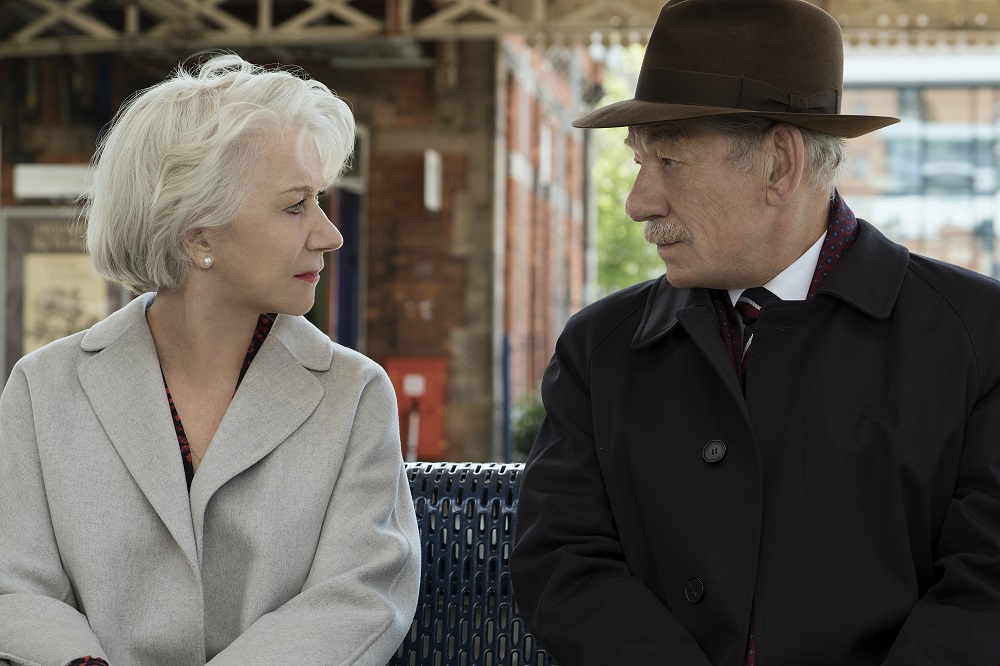 Mirren and McKellen are Outstanding in Otherwise Disappointing Liar

Helen Mirren and Ian McKellen are quite the engaging cinematic pair in director Bill Condon’s (Beauty and the Beast, Mr. Holmes) playfully nimble adaptation of author Nicholas Searle’s best-seller The Good Liar. As the selflessly caring retired Oxford professor Betty McLeish and the gregariously talkative widower Ray Courtnay the pair can do no wrong. Their back-and-forth banter as their characters craftily size one another up is the soul of the motion picture, watching Mirren and McKellen work their magic worth the price of admission almost by itself.

Being unfamiliar with Searle’s source material I’d say this is a very good thing because, if taken on its own merits, this is a soggy thriller that I never felt an emotional connection to. Jeffrey Hatcher’s (The Duchess) literate screenplay certainly isn’t a disaster, and I did appreciate how respectful of the audience’s intelligence the overall narrative is. But there is a stodgy theatricality the scenario that’s underwhelming, while the core surprises waiting for the film’s climactic act in order to be revealed are fairly obvious and aren’t nearly as shocking as they are intended to be. As an audience member it’s not possible to put the pieces of this puzzle together. Instead, I just had to sit there and wait for Condon and Hatcher to explain what was happening to me, and for a mystery that is as well acted and as confidently assembled as this one that’s a major problem.

The plot isn’t as simple as it initially appears to be. It is 2009 and Londoners Betty and Ray meet-cute via an internet dating service and appear to hit it off right away. But he’s not exactly the kindly curmudgeon he presents himself as, and as the pair’s relationship deepens and becomes more personal it’s clear his intentions aren’t romantic in nature. Betty’s nosey grandson Steven (Russell Tovey) is immediately suspicious of Ray and begins investigating the man’s past, especially what he was up to in the years just after the end of WWII.

Mirren and McKellen are terrific. They have exquisite chemistry and it is never entirely clear if they’re playing cat and mouse with one another or if instead they are starting to slowly fall under the other’s romantic spell. While it is revealed within the first ten or so minutes that Ray is a charlatan and con man the actor still makes his character’s feelings towards Betty feel like they’re in a constant state of unknowable flux. Because of this, it is a genuine question as to whether he is going to go through with his deception or instead come clean with the educated woman, the hint of mischievous whimsy twinkling in the corner of his eye absolutely lovely.

Mirren is even better. By design she has to play her role fairly close to the vest. There are no hints as to who she was as a younger woman save what Betty tells Ray herself or by what she does while on her own walking through the streets of Berlin on a brief holiday excursion. The Oscar-winning actress gets to show a soft, spunky side that she hasn’t allowed viewers to see in quite a long time. But Betty hides her own mysterious past, one that it’s easy to perceive is tinged with regret and tragedy thanks to the way Mirren is able to silently convey such furious angst and timorous hesitation with the subtlety of her body movements and in how she returns McKellen’s ever watchful gaze.

As great as they both are I didn’t like that the only way to understand the core mystery at the center of the picture was via long passages of exposition and elongated flashbacks. Even though Condon stages these moments with precision and care, especially the first one in a spacious East German apartment during the Allied occupation of Berlin after WWII, I still felt like these sequences did more telling and explaining than they did moving the overall story forward. They significantly deaden the pace, and while they’re all necessary that doesn’t mean they work.

It does not help that the climax is too obvious, and even if I didn’t know why things were going to turn out the way in which they would I still knew where they were going to end up almost right from the start. The twist has no real power, and even the most shocking elements of what transpires come off as more sickening and inflammatory than they doing anything else. Because Condon and Hatcher don’t drop any hints or noticeable clues as to what is going on this character-driven mystery comes perilously close to transforming into a ‘70s-style exploitation thriller for the AARP set, which might have been fine had I felt the film earned such a pivotal change in tone. As outstanding as Mirren and McKellen might be this is where The Good Liar lost me, and as strong as the performances and the filmmaking are, the truth of the matter is I almost wish I’d have refrained from watching it in the first place. 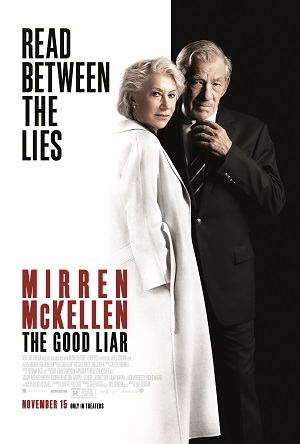