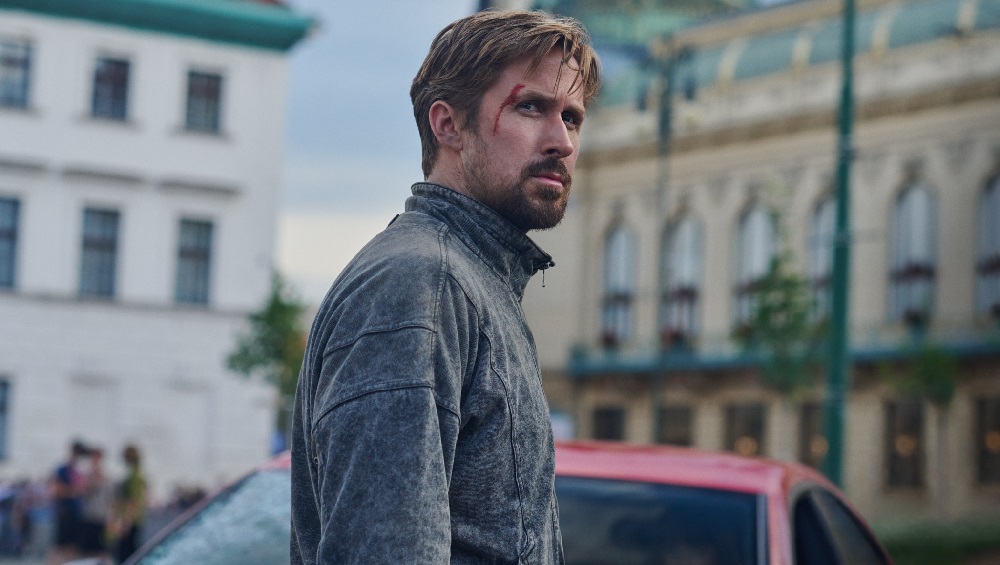 The Gray Man would be the most insufferable big-budget release of 2022 if not for the charismatic star power of Ryan Gosling and Chris Evans. They elevate the material by their presence alone, both giving committed, exuberantly broad performances that are far more endearing than this convoluted spy-versus-spy actioner deserves. Gosling and Evans are great even if the film is anything but, and I’m tempted to recommend giving this obnoxious disaster a look solely because of them.

That’s not going to happen. Reportedly the most expensive motion picture Netflix has ever financed, this non-MCU effort from directors Anthony and Joe Russo (Avengers: Infinity War, Avengers: Endgame) is a bloated mess. Other than one notable action set piece staged on the streets of Prague, this is a shockingly flat affair where little looks real and even less feels authentic. The visuals have no depth. The editing is chaotic. The pacing is slack. Long story short, this movie isn’t very good.

Adapted from the 2009 book by Mark Greaney, the plot follows a covert CIA assassin only known as Six (Gosling). When his latest assignment goes off the rails, he discovers that his new superiors at the agency, Denny Carmichael (Regé-Jean Page) and Suzanne Brewer (Jessica Henwick), weren’t on the level about the type of operation they had involved him in. Six absconds with an encrypted flash drive and disappears into the wind, inadvertently implicating another agent, Dani Miranda (Ana de Armas), in his theft while making his escape.

Much to Brewer’s horror, Carmichael contracts the recovery of the drive to unscrupulous mercenary Lloyd Hansen (Evans). Knowing the only way to bring his prey out in the open is to make things personal, the psychotic killer kidnaps the teenage niece, Claire (Julia Butters), of Six’s previous boss, Fitzroy (Billy Bob Thornton). Not only will this force Fitzroy to betray his former protégé, but Six’s fondness for Claire will likely lead him to make dubious tactical decisions he would normally avoid.

As twisted as things get, the basic thrust of it all is pretty simplistic. Good killer Six must face off against bad killer Hansen to save the lives of the people dearest to his heart, teaming up with an angry Miranda to accomplish his task and clear her good name in the process. Along the way sacrifices will be made and other assassins will show up to try and steal the flash drive. There will be shootouts, car chases, explosions, and narrow escapes, everything building to a climactic showdown between Six and Hansen that only one will walk away from.

All of that is perfectly fine. Goodness knows James Bond installments have been successfully chugging along with similar scenarios since the release of Dr. No in 1962. But the script by Joe Russo, Christopher Markus, and Stephen McFeely (Captain America: The First Avenger) is going through the motions. There is no momentum, no agency to anything that transpires. Characters shift from one side of the espionage chess board to the other because they have to, not because any apparent thought motivates their movements.

There is a digital sheen to everything that is grotesquely off-putting. What’s the point of filming in so many exotic locations if it still looks like all the environments were inserted digitally afterward? Cinematographer Stephen F. Windon (Star Trek Beyond) does his best, and there are moments when things look moderately terrific. But more often than not his visual compositions lack any semblance of life, the drab emptiness of what’s been put up on the screen maddening.

Thankfully there is one exception to this complaint and, even better, it’s a dandy. That aforementioned Prague sequence is undeniably impressive. The moment hits like a shot of unfiltered adrenaline, waking up the film from its stupor for a good 15 to 20 exhilarating minutes. It’s a bombastic monstrosity of a set piece, and that’s a compliment, the Russos staging a massive shootout in the city square followed by a chase on a motorized commuter tram I thoroughly enjoyed.

As already mentioned, there is one additional saving grace, and that’s the presence of Gosling and Evans. They are outstanding, giving themselves over to the material in ways it frankly does not deserve. Evans appears to be having a blast gleefully playing against type, Hansen such a despicably cocksure and venal villain he’s like a Hanna-Barbera cartoon character made flesh. As for Gosling, his magnetic stoicism in the face of every conceivable obstacle is incandescent, and even at his bloodiest and most bruised, the actor generating so much heat he nearly melts the screen.

It’s a shame none of this good stuff matters. There is no balance between the humor and the drama, the goofy glibness of the dialogue frequently undercutting the inherent tension. Everything has to be a joke. Sacrifices have no meaning. Heroism is reduced to going through the motions. By the time the Russos get around to setting up what they likely hope will be an inevitable sequel, I’d already stopped caring about who would still be alive to carry on the story into the future. The Gray Man is a waste of time. 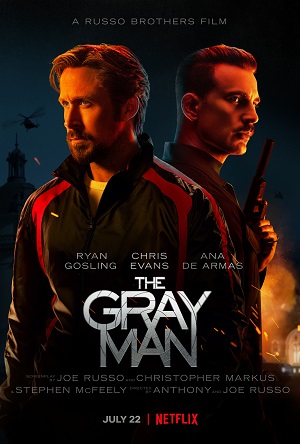