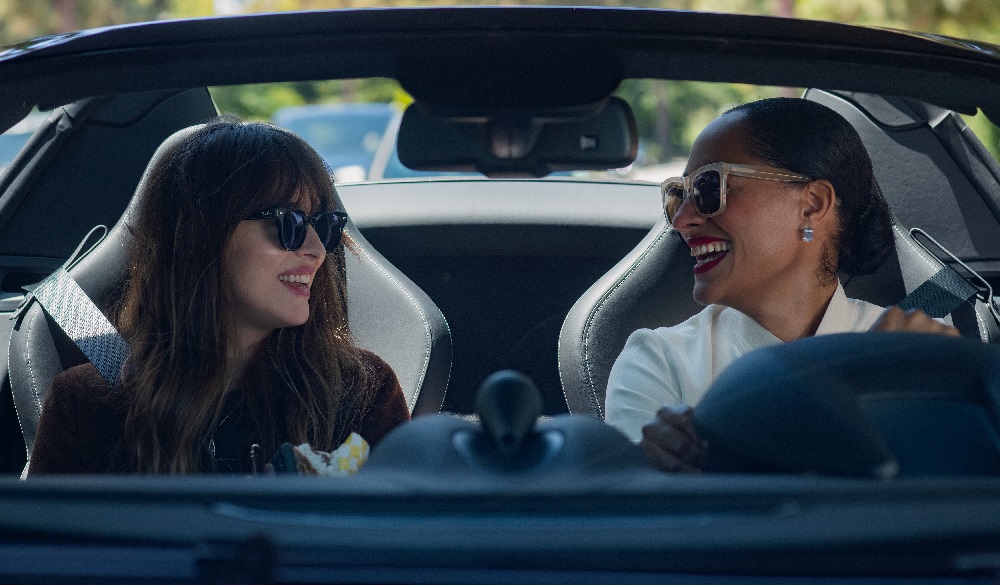 Grace Davis (Tracee Ellis Ross) is an international icon who spends the majority of the year touring the globe singing all the hits that helped make her a household name. Maggie (Dakota Johnson) is her trusted personal assistant who holds the fort for the singer back in Los Angeles. During her personal time she’s been secretly doing her own mix of Grace’s newest release, a live concert album the singer’s longtime manager Jack (Ice Cube) hopes will be another success.

With aspirations of becoming a record producer, Maggie runs across singer David Cliff (Kelvin Harrison Jr.) strictly by happenstance while out and about. The two make something of an immediate impression upon one another. Because of this, Maggie decides to crash a party at his house in the Hollywood hills with her roommate Katie (Zoe Chao) to try and talk David into recording with her. One thing leads to another, and the young woman must decide how far she’s willing to go to achieve her dreams, knowing she’s putting her job with Grace in jeopardy the longer she keeps trying to live this double life of working for her while also striving to be David’s producer.

Nisha Ganatra’s (Late Night) music-driven tale of stardom, friendship and romance The High Note is very entertaining. Even if Flora Greeson’s script doesn’t go anyplace unexpected while also getting far too coincidentally cute during the last act, this film is so overflowing in heart and in joy I find it difficult to say anything particularly negative about a single facet of it. I had a blast watching this one, and much like last weekend’s Military Wives this is another feel-good cinematic concert that had me wanting to rise to my feet and cheer.

Ross and Johnson are dynamite, the former in particular. The “Black-ish” star dominates the film much like her diva superstar character owns the stage. I could feel her absence every time the story drifted away from Grace to focus on Maggie and David’s relationship instead. Ross captures the attention in a multitude of ways, and whether she’s belting out one of the bevy of terrific songs composed for the drama, engaging in quippy easygoing back and forth conversations with Cube or getting serious with Johnson, the actress is a consistent revelation.

As for Johnson, she’s pretty great as well, and even if this performance isn’t asking all that much of her (unlike say Suspiria or Bad Times at the El Royale), that doesn’t make her any less wonderful. The actress has splendid chemistry with Harrison Jr., while her scenes with Ross, no matter how cliché or contrived they might on occasion be, sparkle with electrifying intensity. Even though he’s only in the movie for a handful of scenes, I think I loved the moments between Johnson and actor Bill Pullman (playing her coastal town radio station DJ father Max) most of all. They have a simple warmth that’s inherently genuine, the emotional intimacy of their brief conversations strumming my heartstrings like a guitar.

Things get noticeably convoluted as the film steamrolls towards its climax, and I have a hard time believing anyone is going to be close to shocked by the story’s supposedly major twist it’s been attempting to hide for the majority of the almost two-hour running time. But I wasn’t near as annoyed by this hackneyed and silly turn of events as I normally would be, mainly because Greeson’s script doesn’t layer on the schmaltz and Ganatra’s direction is so assuredly relaxed in its confident handling of everything that transpires.

Would have I liked a few more risks? Yes. Do I wish Cube had a bit bigger role that was also a little less stereotypical? Most definitely. But The High Note is so much fun to watch any issues I have keep evaporating into the ether almost as if they never existed in the first place. Johnson and Ross make this musical showcase worth the ticket price, the songs of life, family and love being sung out all ones I can’t wait to hear again. 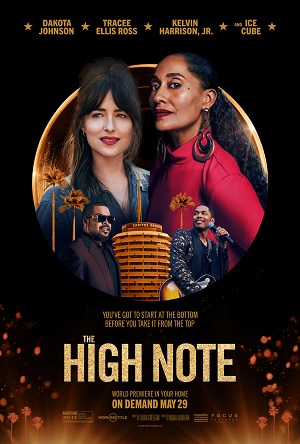