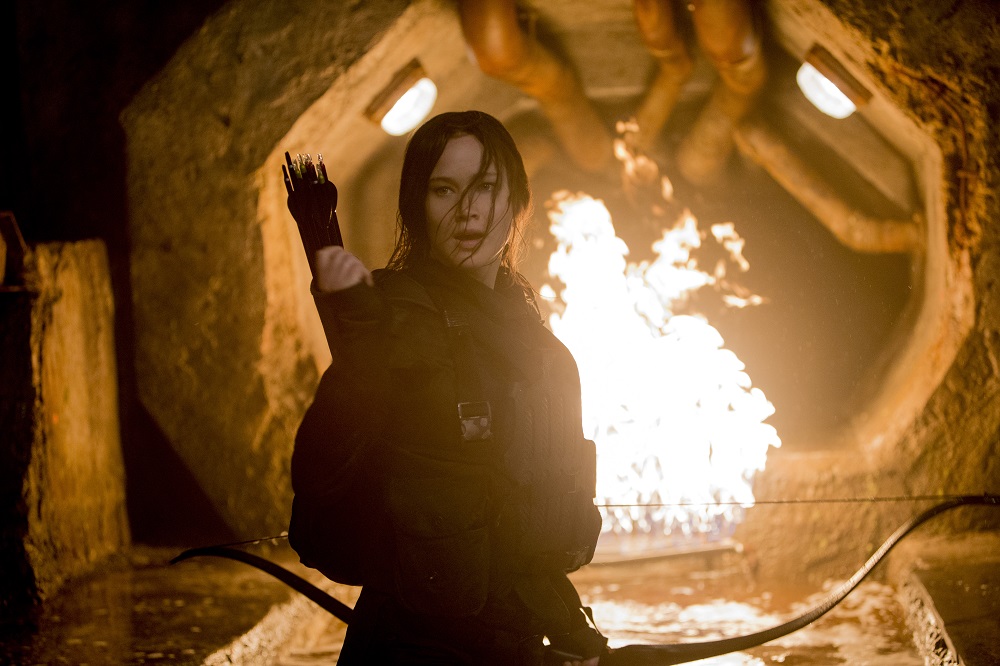 Panem is in full revolution, only the fall of District 2’s military stronghold remains before a final assault on the Capitol can commence. But Katniss Everdeen (Jennifer Lawrence), the Mockingjay, the figurehead and inspirational leader who through her efforts in two Hunger Games helped spur an entire nation into civil war, she’s still recovering from her injuries suffered via the troubled hands of none other than her fellow District 12 tribute Peeta Mellark (Josh Hutcherson). Her worry for him is coupled only with her ferocious anger directed at President Snow (Donald Sutherland), what he did to twist the mind of her closest ally against her only a drop in the bucket as far as the sins he’s committed against her and the rest of Panem are concerned. 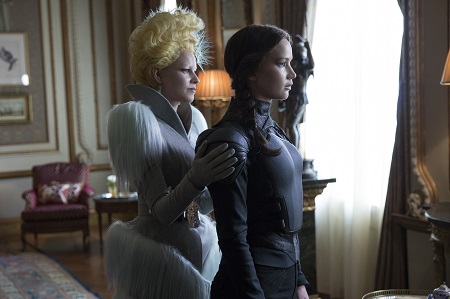 Thus begins The Hunger Games: Mockingjay – Part II, the final chapter in author Suzanne Collins’ best-selling series. Screenwriters Danny Strong (Lee Daniels’ The Butler) and Peter Craig (The Town) pick things up right where the last film ended, director Francis Lawrence (Water for Elephants) daringly starting things on a static shot of Katniss staring into the painful unknown as doctors treat her bruised and swollen neck. The stakes are immediately apparent, especially after her little sister Primrose (Willow Shields) is asked to check on Peeta caged like an animal in a snow white hospital room, his fractured mental condition a precursor of the psychological mind games to come.

The majority of the action during this climactic chapter revolves around Katniss’ overriding desire to take the battle directly to President Snow, this paralleled by the despot’s obsession with seeing her destroyed, hopefully live and on-air for all of Panem to see. Behind the scenes, however, the political machinations of the rebel leaders, most notably by District 13 President Alma Coin (Julianne Moore), are wildly raging, some plotting how best to use this battle of wills between a revolutionary symbol and a bloodthirsty tyrant to their own personal advantage.

It will be interesting to see how mass audiences respond to all of this, because although this second half of the final story is more action-heavy than the relatively subdued and melodramatic The Hunger Games: Mockingjay – Part I, the mood is just a dour as ever. To their credit, the filmmakers match the tone of Collins’ book more or less all the way through (save for a subtle – yet important – change during the closing seconds), attempting to craft a war-torn parable that has more in common with Platoon or Apocalypse Now than it does to Star Wars or The Lord of the Rings trilogy. There is a cost to revolution, a psychological scar to battle that lingers long after the fight has come to an end, and while the outcome might be what is best for a nation what securing victory does to those living and dying to achieve it is tragically difficult to measure.

Not that the film is some massively depressing antiwar epic devoid of levity, light or fun. While Lawrence does go out of his way to keep the tone darker, more menacing this time out, he also understands exactly who is buttering his bread. He manages to craft a couple of sensational action set pieces, the best of which involves Katniss and a platoon of fellow soldiers – which includes videographer Cressida (Natalie Dormer), her cameraman Pollux (Elden Henson), 75th Hunger Games ally Finnick (Sam Claflin) and, most ominously, Peeta – fighting it out against an onslaught of genetically modified aberrations underneath the streets of the Capitol. The director pushes the boundaries of his PG-13 rating as far as he can, amplifying tension and augmenting suspense, allowing for a handful of genuine surprises even for those who’ve read Collins’ novel cover-to-cover multiple times. 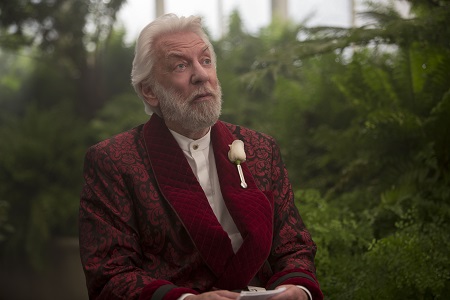 Yet there is a disconnect, an inability to fully invest in what is taking place that is moderately annoying. Over the course of four pictures, while Katniss’ affections for her sister are obvious, Prim herself remains frustratingly one-dimensional, never making her mark upon the proceedings in ways that, by the time things begin to wrap themselves up, need to emotionally matter. On top of that, Alma Coin’s intentions are obvious to anyone with even an ounce of brain matter, Moore not hiding the rebel leader’s intentions or thirst for power one iota. It dilutes the emotional power of the final sequences far more than is comfortable, my attachment to what was taking place, as well as to Katniss herself, dulled a fair amount because of this.

Even so, Jennifer Lawrence is once more superb as the troubled heroine, giving herself over completely to the character and her travails in ways that utilize every ounce of her tremendous talents. There is a priceless scene between her and Shields dancing at a wedding, one with no dialogue, only the sounds of music being played and the stomping feet of the revelers surrounding them, that is stunning, the Oscar-winner running the full gamut of the human condition in the span of a precious few seconds. Lawrence manages moments like this throughout, her interior struggles as they pertain to all Katniss is experiencing glorious first scene to last.

Is this final installment as excellent as either The Hunger Games or The Hunger Games: Catching Fire? Sadly no, the film coming up a little short in too many areas for that to be so. But it’s still a strong effort, and I respect the heck out of the filmmakers’ collective efforts to maintain thematic fidelity to the overarching ideas Collins’ novels deftly end up exploring. While the weight and poignancy of these themes are moderately diluted, the fact The Hunger Games: Mockingjay – Part II goes there at all is a thing to be applauded, Katniss’ fight never in vain even if the pain it ultimately causes her will live inside the heroine for the rest of her life. 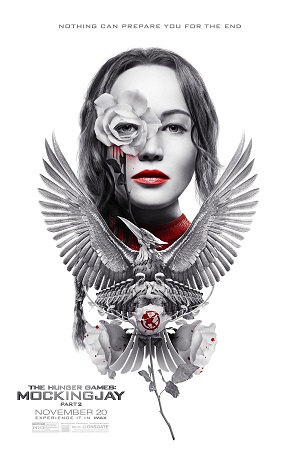