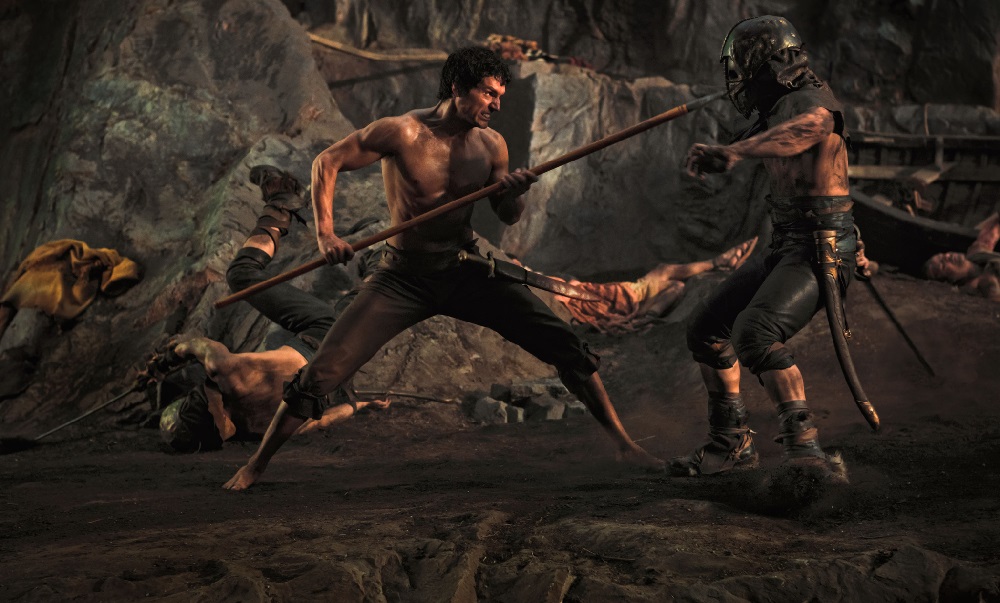 Big, bold and loud, Tarsem Singh’s (The Fall, The Cell) mythological adventure Immortals is a lot of fun. Wearing its melodramatic emotions on its sleeve, this is Greek storytelling at its most robust. Everything is larger-than-life, and while there’s not a lot in the way of subtlety, the painterly majesty of it all is so eye-popping that many of the missteps vanish into the background as if they never existed in the first place.

Theseus (Henry Cavill) is a mortal living in a small mountainside village who has unknowingly struck the fancy of the almighty Zeus (Luke Evans), father of all the Gods living on Mount Olympus. He believes the young man is capable of defeating the evil King Hyperion (Mickey Rourke) and a leader who can unite his people to stand up against an unspeakable evil.

Hyperion intends to free the Titans from their eternal prison and start a heavenly battle between Gods and monsters that would leave the Earth a barren wasteland and him the ruler of whatever is left afterward. It is up to humanity to stop this from happening, Zeus forbidding his children from taking sides in the conflict. Thus Theseus finds himself thrust into a battle he did not initially want to fight, and with the aid of the oracle Phaedra (Freida Pinto) and the friendship of the clever thief Stavros (Stephen Dorff), he intends to stop Hyperion no matter what the cost.

I’m not sure why Relativity Media declined to screen this one for local Seattle critics. I get that it won’t play well with a few of the stodgier members of our profession, but it’s hardly a disaster. In fact, the film is quite good. It is filled with visual wonders that leap off the screen. Tarsem has delivered an epic entertainment viewers open to his robustly masculine, blood-splattered pyrotechnics will rapturously enjoy, and it is more colossally worthwhile than any single second of that Clash of the Titans remake from last year was, that’s for sure.

The plot does play second fiddle to the visual compositions. The characters are mostly one-note and without a lot of nuance or shading. But, for once at least, I did not find this to be a problem. Tarsem’s mythological philosophies spark wonder and stir the imagination. He’s also presented a lean, straightforward scenario that never gets bogged down in overt sentimentality or treacle. Better, the narrative grows in powerful, emotional-stirring urgency as it moves along, the climax a violent miracle of heroism, tragedy and sacrifice worthy of applause.

The editing is a little choppy at times, and some of the visuals are a little too reminiscent of Zack Snyder’s 300. There is also this strange feeling that Tarsem didn’t have complete control and that the studio tried to influence certain elements, but I have no idea if that’s really the case or just a vague supposition on my part. But there are moments, especially around the midpoint, where I couldn’t shake the sensation that vital bits of plot and character development had been inexplicably excised.

No matter. I liked Immortals. I liked it a lot. There is weight behind Theseus’ fight and meaning to his heroic quest. His final showdown with Hyperion is well worth the wait, as is the climactic face-off with the all-powerful Titans. When the film came to an end I wanted more, longed to see a battle between Heaven and Hell shake the Earth’s foundation and stain the blue sky red with blood. I cannot wait to watch this one again. 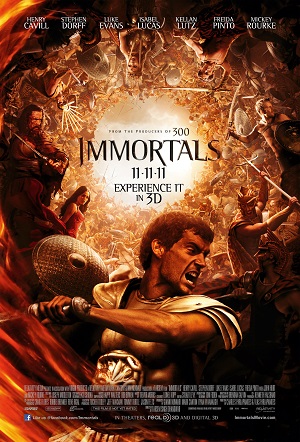