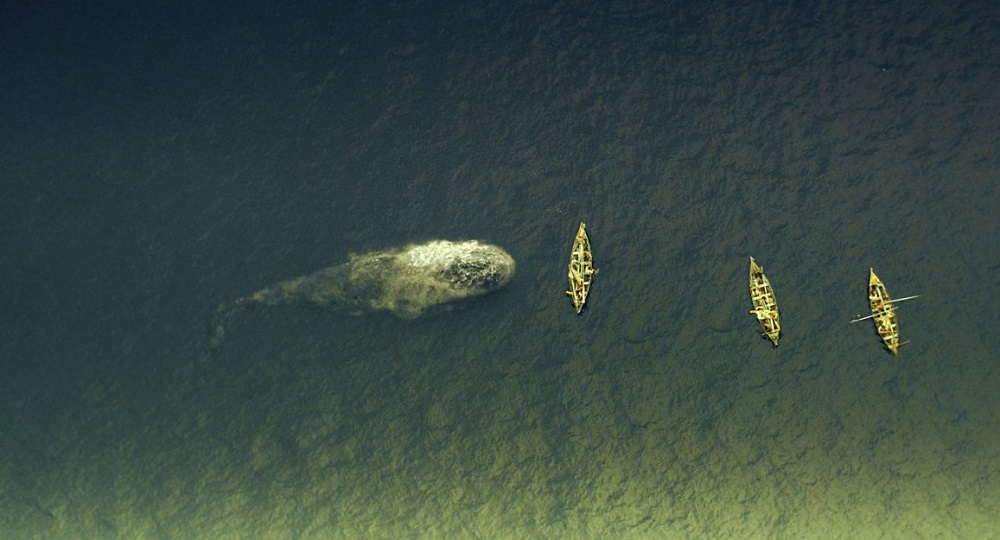 Howard’s Sea a Whale of Disappointment

Author Herman Melville (Ben Whishaw) has come to Nantucket to hear a story that by all official recorded accounts never happened. According to the company that owned the boat, the Essex was sunk by running aground and that was all there was to it, anything more just fantasy and fairy-tale nonsense that no one with an ounce of intelligence should take seriously. Yet, here he is, in the boarding house of Tom Nickerson (Brendan Gleeson) and his loving wife (Michelle Fairley) to have his curiosity satiated, the real truth behind the sinking of Essex far more incredible than anything the writer could have imagined on his own. 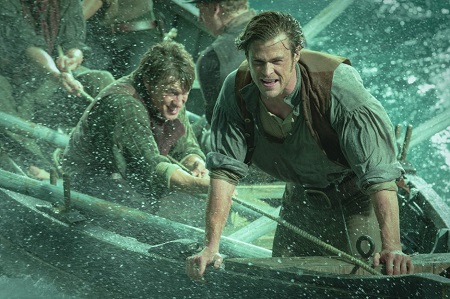 When he was only 14-years-old, orphan Thomas (Tom Holland) set out on his first voyage aboard a Nantucket whaling ship. The Captain of the Essex, George Pollard (Benjamin Walker), is on his freshman voyage, his seasoned First Mate, Owen Chase (Chris Hemsworth), not exactly happy about this. The pair do not get along, not at all, but they agree to put up with one another until their ship’s hold is filled with 2,000 barrels of whale oil, scouring the oceans for their prey in hopes of making these desires come to pass.

What ends up happening to the Essex is what will inspire Melville to write his masterpiece Moby Dick, Capt. Pollard and Owen Chase coming face-to-face with an undersea demon unlike anything encountered before, young Tom there to witness it all chaotic start to bloody finish. It is this whale of a tale that director Ron Howard (Rush, Apollo 13) and screenwriter Charles Leavitt (Seventh Son, The Express) tell with In the Heart of the Sea. Using Nathaniel Philbrick’s best-selling book In the Heart of the Sea: The Tragedy of the Whaleship Essex as inspiration, the pair bring forth an account of survival on the high seas that purports to showcase humankind’s insignificance where Mother Nature is concerned, the mashed and mangled bodies of the seamen trying to live to another dawn the instruments they play their tune upon.

The framing device of an older Nickerson telling his story to a fascinated Melville actually works quite well, the film’s emotional highpoint one that concerns them both as well as Fairley, the latter achieving an emotional elegance that’s superb as she learns a horrifying truth about her husband only to respond with tenderness and love. The opening sequences of the Essex heading out to sea are also excellent, Hemsworth charismatically dominating, showing a robust athletic masculinity that fits these moments perfectly. There’s also a terrific sequence showcasing the ship’s crew in action, their initial assault on a small pod of whales glorious.

Even so, Howard and Leavitt always kept me at arm’s length, never let me embrace the characters or the struggles they were enduring like I kept hoping would come to pass. The adversarial relationship between Chase and Pollard is never developed, while secondary characters, most notably a key one played by veteran character actor Cillian Murphy, are frustratingly one-dimensional. When the White Whale does show up, the sense of awe that should coincide with his appearance is shockingly minimal, and while there are some incredible moments involving the creature, there aren’t near enough of them to allow for a meaningful impact.

The movie ends up playing like an odd, uncomfortable cross between Unbroken, Jaws and Alive, almost the entire second half focused upon the surviving sailors stranded in the middle of the ocean dying one-by-one as the massive whale stalks them like Michael Meyers leering at a half-naked teenager. While the actors do what they can, and future Spider-Man Holland is particularly good throughout this portion, it all feels much too tidy, much too matter-of-fact, and even those completely unfamiliar with the source material will likely never worry much about who is going to make it back to Nantucket alive. 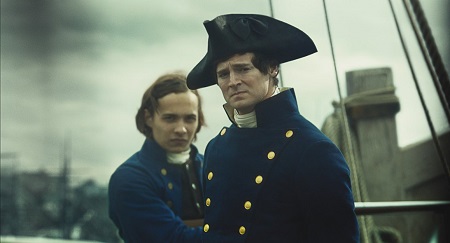 I will say, even with the wonky and unnecessary 3-D, In the Heart of the Sea is marvelously shot by Anthony Dod Mantle (Slumdog Millionaire), his use of texture, light and color phenomenal throughout. There is a filtering effect utilized that’s glorious, much of the film looking as if it is shot through glass, giving me the feeling as if I were looking at a tempestuous saga of adventure and survival taking place upon a ship sailing inside a liquor bottle. Also, while the CGI effects aren’t seamless, the veteran cinematographer manages to make them look far more gorgeously photorealistic than they have any right to be, the initial above-the-water appearance of the White Whale monstrously impressive to say the least.

There are additional pluses, not the least of which is Roque Baños’ (Evil Dead) invigorating score, but the core problem involving an emotional attachment to the characters and their collective plight is an obstacle sadly much too mammoth for Howard and company to ultimately overcome. As Moby Dick stories go, Melville’s book still stands head and shoulders above all the rest, John Huston’s 1956 adaptation with Gregory Peck a fine version of the story as well. In attempting to ground things in historical fidelity, Howard’s In the Heart of the Sea loses the human intimacy that makes this epic what it is, the resulting movie nothing more than an empty voyage to nowhere that sinks far more often than it swims. 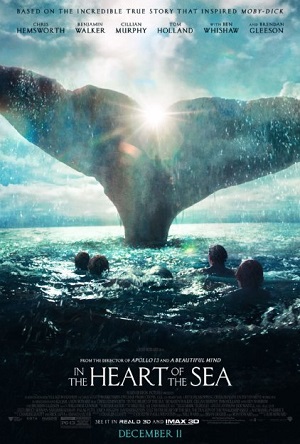