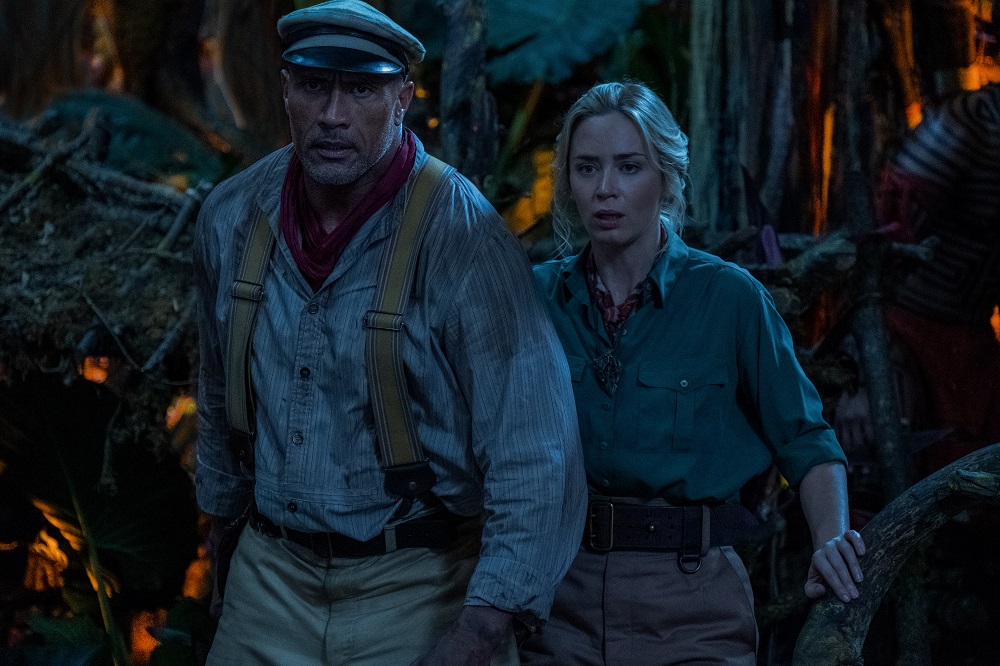 Jungle Cruise is an obvious attempt on the part of Walt Disney Pictures to recapture the magic which helped transform Pirates of the Caribbean: The Curse of the Black Pearl into a worldwide box office smash. It is also a semi-throwback to star-studded romantic adventures like The African Queen, Romancing the Stone and the 1999 version of The Mummy.

That the film comes as close as it does to achieving its entertainment goals is a testament to the combined charisma of leads Dwayne Johnson and Emily Blunt, the latter in particular. Their chemistry could power a small tropical island for at least a decade, the two actors so effortlessly charming it’s like they’ve made a dozen pictures together and this wasn’t, in fact, their first on-screen pairing.

If only I found that to be enough. Director Jaume Collet-Serra (The Shallows) lackadaisically paces things and I felt every second of the film’s laborious 127-minute running time. As for the slapdash and freewheeling screenplay, it oftentimes feels more like a riff on the 1985 version of King Solomon’s Mines crossed with Anacondas: The Hunt for the Blood Orchid than it does anything else. It plum tuckered me out, and while I’m certain many viewers will walk away moderately amused, sad to say that wasn’t my experience.

It is 1917. Dr. Lily Houghton (Blunt) has journeyed to South America with her foppish brother MacGregor (Jack Whitehall) to embark on an expedition down the Amazon River in search of a fabled tree whose enchanted petals can cure any illness. She enlists the services of Frank Wolff (Johnson), captain of the La Quila, a rickety old boat that at first glance appears to be on the verge of splitting apart at the seams.

They are being chased by devious submarine commander Prince Joachim (Jesse Plemons). He, too, wants to find this tree, certain that it is the key to guaranteeing a German victory in the ongoing war ripping Europe to shreds. Aiding him in his pursuits are a quartet of undead Spanish conquistadors lead by Lope de Aguirre (Edgar Ramírez), each cursed to live outside of time and forever tied to the Amazon River due to a murderous rampage hundreds of years prior.

For a tale born from the lore that helped create one of Disneyland’s most popular and enduring theme park rides, as scenarios go this one isn’t terrible. Dr. Houghton and Captain Wolff are wonderfully crafted characters, each with rich backstories that help fuel their competing desires to find the lost tree and will unsurprisingly lead to mutual understanding, friendship and trust as their trip nears its conclusion.

However, a frequent issue that tends to affect the majority of the entries in the studio’s Marvel Cinematic Universe rears its annoying head here as well: the villains are forgettable. This is a shame because Plemons, doing his best Werner Herzog impersonation, is having a blast slipping on the shoes of a mustache-twirling baddie. As for Ramírez, while his casting as Aguirre is inspired, and although the Spanish conquistador has a suitably tragic reason for being in the Amazon, it’s equally clear the film has almost zero ideas on what to do with either him or his men.

Thankfully Collet-Serra has Johnson and Blunt around to make many of these missteps momentarily disappear. This sloppy wannabe Indiana Jones clone almost works thanks entirely to them. Johnson, no stranger to this sort of material courtesy of the far superior Jumanji: Welcome to the Jungle and Jumanji: The Next Level, is a larger-than-life dynamo. He throws punches and delivers one-liners with goofily pinpoint precision; his clownish daring-do good for a barrel full of sizable chuckles.

But it is Blunt who steals the show. She’s delightful, and I’m tempted to recommend potential viewers take a chance on giving this one a look because of her and her alone. The actress brings a zippy urgency to her cavalier theatrics that are a constant joy. There’s nothing she does that’s false. Not a step is out of place. Blunt doesn’t rise to the occasion, she vaults over it with vibrant, gloriously confident gusto, her ability to make this nonsense work as well as it does simply remarkable.

I wish that was enough. Sadly, none of the narrative elements mesh particularly well, the supernatural stuff too vaguely laborious and boringly reminiscent of the Pirates of the Caribbean adventures to be as effective as I imagine was the intent. Additionally, the further the La Quila descends down the Amazon the more the expensive visual effects begin to take over, and while some of these computer-generated VFX sequences are effective, others most decidedly – and unfortunately – are not.

Kids will undoubtedly disagree with me on Jungle Cruise, and had I watched this one with eight-year-old eyes possibly I’d think differently about all this cartoonish hooey. But as terrific as Johnson and Blunt are, and even if I’m all for romantic adventure throwbacks made in the matinee serial style à la the 1950 version of King Solomon’s Mines or of Raiders of the Lost Ark, this one still left the kid in me stranded upriver without a paddle. I didn’t have any fun, and there’s really not anything more to say. 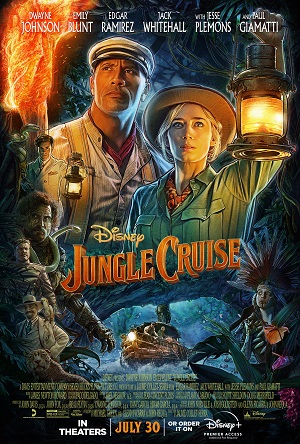