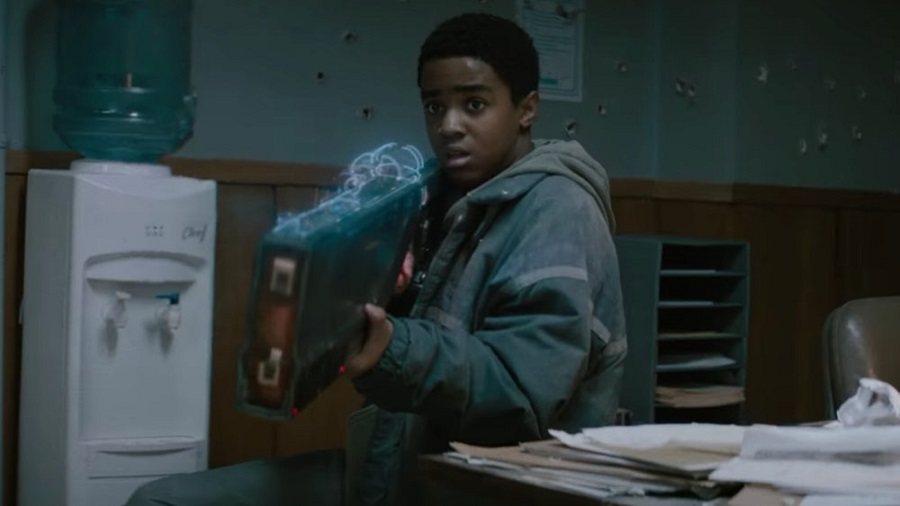 I keep trying to convince myself that I liked the science fiction road trip suspense-thriller Kin more than I actually did. It features a lovely central performance by newcomer Myles Truitt as the 14-year-old hero Eli Solinski forced to go an unforeseen adventure with his ex-con older brother Jimmy (Jack Reynor). There are some inspired visuals, especially considering the film’s relatively modest budget. I was also impressed by the sound design supervised by Joseph Fraioli, while same goes for composer Mogwai’s (Before the Flood) inventive electronic score. Then there is the suitably whack-a-doo performance from James Franco as the story’s primary villain Taylor Balik, his exuberantly sleazy magnificence a thing of disgusting beauty that, while reminiscent of similar turns in features like Spring Breakers and Homefront, is almost worth the price of a matinee ticket all by itself. 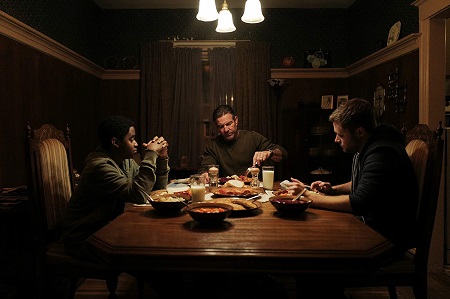 But the movie is a mess, a tonal nightmare that never manages to create an authentic time or place that’s even moderately believable. Few of the human beings populating this story ever do anything that feels natural, and once the central narrative kicks into high gear things just keep getting more and more ridiculous as they progress. Even though it’s all based on directors Jonathan and Josh Baker’s striking 2014 short film Bag Man, it almost feels as if they and screenwriter Daniel Casey are making things up as they go along. It’s a hodgepodge of various ideas that are reminiscent of any number of ‘80s and ‘90s favorites like Stand by Me, Flight of the Navigator, The Last Starfighter, Explorers, The Terminator and The Matrix, and while I appreciate the fact the filmmakers don’t shy away from a number of tragically adult themes, the fact they do so little of affecting merit with them is too big a problem to be easily overcome.

Eli Solinski is a quiet, inquisitive teenager who spends his nights secretly scavenging copper and other precious metals from condemned building sites in downtown Detroit. His adoptive father Hal (Dennis Quaid), a respected construction foreman, is an authoritative taskmaster who doesn’t want his son to follow in his older brother Jimmy’s previously incarcerated footsteps, the young man just out of prison hoping for a fresh start. But after a brutal tragedy leaves him shell-shocked, Jimmy convinces Eli to join him an impromptu trip to Lake Tahoe to visit their mother’s favorite vacation spot, promising him Hal will join them later when he can.

This is a lie. Jimmy is running from vicious criminal Taylor Balik, the local Detroit underground powerbroker determined to put bullets in the entire Solinski family as revenge for a heist gone murderously wrong. Also following the brothers is a pair of mysterious motorcycle riders clad in futuristic metallic outfits utilizing technology well beyond anything currently possible. They’re after Eli, the youngster concealing a lethal secret he has no clue is as dangerous as it ultimately proves to be.

There are about half-a-dozen plot strands fighting for supremacy at the heart of the Baker brothers’ feature debut, none of which are developed enough to make anything that happens have a lasting impact. During one of his clandestine explorations Eli finds a room filled with robotic-looking corpses as well as an electronic black box that when opened transforms into some sort of rifle with massive destructive capabilities. There’s also a section of the story where the two brothers make a brief pit stop at a strip club where they pick up a woman, Milly (Zoë Kravitz), with a proverbial heart of gold while also making instant enemies with her violent brute of a boss. At a certain point the FBI also gets involved led by inquisitive agent Morgan Hunter (Carrie Coon), her pursuit of Jimmy and Eli becoming increasingly complicated as she learns more about what led them to go on the run in the first place. 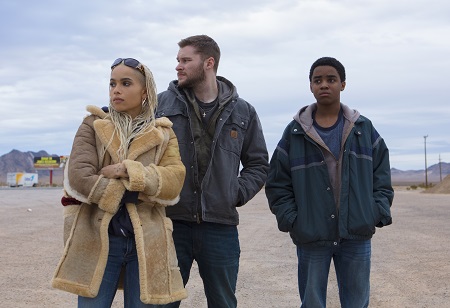 It’s a crazy sequence of events, and rarely do the Baker’s show they’re able to keep control of it all. It does not help that Casey’s script does Jimmy no favors, and while his narrative arc is supposed to be redemptive, his character is such an obnoxious dimwitted jerk caring about him is next to impossible. Other than a couple of solid scenes, one in a Las Vegas hotel room and another in an isolated jail cell, Reynor has a devil of a time trying to get a handle on the character, displaying precious little of the charisma, complexity or charm he so effortlessly brought to features like Sing Street, Free Fire and Macbeth in the recent past. Quaid is also wasted in a thankless role, and if not for the ruggedly gruff parental concern he shows where it comes to Eli it’s honestly amazing he makes any sort of memorable imprint.

All of that being so, there are such moments of creative gusto littered throughout the picture it’s hard not to want to cut Kin a break and tell people to take a chance on it even with its frustrating cavalcade of shortcomings. Truitt is quite strong as Eli, delivering a thoughtful, emotionally nuanced performance that’s reminiscent of River Phoenix in Stand by Me or Sean Astin in The Goonies. There’s also a crackerjack, if still nonsensical, climactic twist that, while not unexpected, is so expertly executed it couldn’t help but make me smile. None of which is enough to make the film work, but it does make me wish it did, and here’s hoping that whatever the Baker brothers attempt to do next is a little bit better plotted and thought out than their admittedly imaginative debut sadly proves to be. 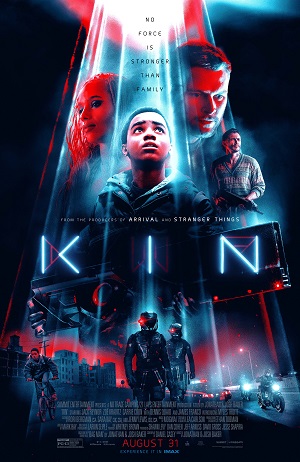