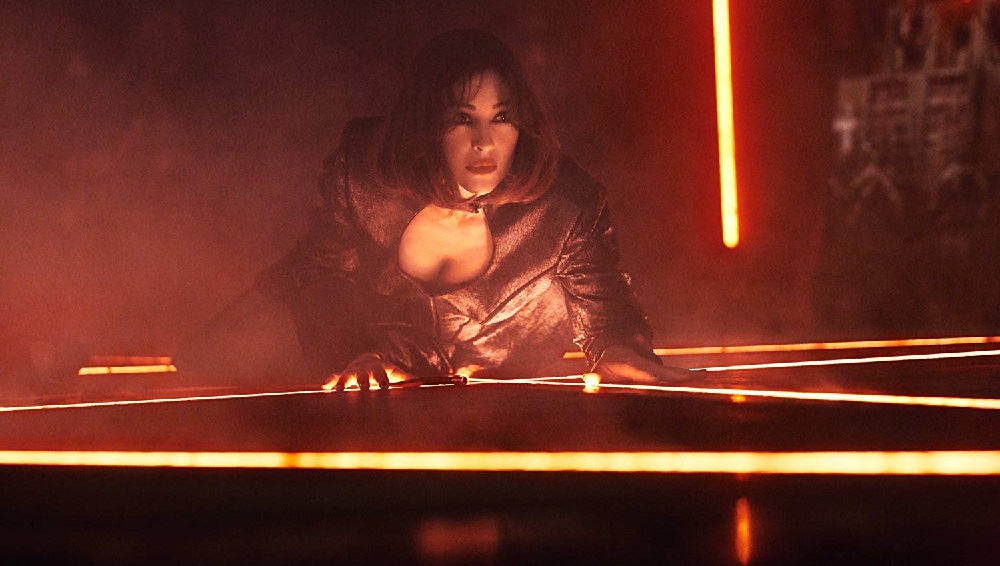 It’s not really a surprise that Kiah Roache-Turner and Tristan Roache-Turner, the Aussie minds behind the Mad Max-style zombie action-horror-comedy Wyrmwood: Road of the Dead, would make something as silly and as unrelentingly weird as the supernatural cybernetic horror adventure Nekrotronic. Like a melding of a random episode of “Angel” or “Supernatural” with the likes of sci-fi or horror titles like Johnny Mnemonic, Shocker or The Matrix, this is a blatantly loopy thriller that seems to take great pleasure in its own messed-up ludicrousness. It’s not going to be for everyone, and it’s hard to imagine the film is going to have even close to the lasting cult cinematic impact the brothers’ prior effort has had.

Not that any of that stopped me from having a grand time watching it. Nekrotronic is a bizarre, fast-paced hoot, its slapdash devil-may-care storytelling dynamics oddly working for me more often than they did not. While by no means an underrated gem or an existential supernatural cybernetic video game-inspired comic book-style adventure that could be described as being “ahead of its time,” I found the Roache-Turner brothers’ latest to be a lot of fun. It was an imaginative rollercoaster ride that thankfully never took itself too seriously anf also featured a stupendously self-indulgent, show-stopping powerhouse of performance from the great Monica Bellucci as the film’s all-powerful villain, and if the opportunity arises to watch it again I will do so in nothing less than a heartbeat.

Sanitation worker Howard “Howie” North (Ben O’Toole) and his friend and coworker Rangi (Epine ‘Bob’ Savea) are having a fairly normal day until they are suddenly attacked by an apparently possessed random stranger on the street. They are saved by Luther (David Wenham) and his two daughters Molly (Caroline Ford) and Torquel (Tess Haubrich). The new game Rangi was playing on his cellphone triggered an unforeseen, almost magically response from Howie, and using an insidious bit of spyware the evil Finnegan (Bellucci) and her minions designed, she was able to monitor his almost inhuman reaction to this electronic stimulation and send one of her demons to go kill him. Turns out, she’s the young man’s long-lost (and quite evil) mother, and Luther, Molly and Torquel are necromancers who have sworn to stop her from unleashing Hell on Earth.

As bad news goes, Howie’s pretty sure it can’t get any worse than that. But he’s of course wrong about that. Not only is his mother a soul-sucking monstrosity, by utilizing the internet, cell towers and humanity’s increasing disconnect from one another as they turn into zombies looking at social media, playing games and using their cellphones as if they were an additional body part she’s intent on infecting all of Australia and then the entire world with her ghoulish evil. As fate would have it, Howie is the only one who can stop her from doing just that, and while his own magical abilities are buried pretty deep within dormant sections of his psyche, Molly and Torquel are just the duo who could help him join their necromancer ranks and become the powerful demon hunter he was born to be.

It’s all pretty dumb, and I swear I saw “Buffy the Vampire Slayer” run with a similar sort of plot (at least in regards to demons making a home for themselves out on the internet) early in its run. But what Kiah and Tristan Roache-Turner’s film lacks in originality it frequently makes up for in giddily go-for-broke enthusiasm. There is a manic zippy mania to all of this that managed to bring a decent sized smile to me face, and as absurd as the plot is I got such a kick out of watching Howie, Molly and Torquel do their thing most of these inanities barely bothered me.

Not that there aren’t plenty of plot developments that are left either frustratingly unfinished or are so half-baked it might have been better had the Roache-Turner brothers chosen to exclude them altogether. There’s a bit involving Rangi that’s like something out of either An American Werewolf in London or The Frighteners that just doesn’t work, and no matter how energetically a game Savea throws himself into the role nothing he does sadly ends up working very well. More of an issue is how the hectic pace of the motion picture, especially early on, ends up making things initially hard to follow. Even though things are fairly straightforward and follow a classical “hero’s journey” narrative path, there’s so much exposition that the filmmaker’s apparent desire to keep their foot stamped firmly down upon the gas pedal does work in opposition as far as making things clear for an audience is concerned.

Even with that being the case I honestly like the way Kiah Roache-Turner orchestrates things from a directorial standpoint. He refuses to cut things into choppy bits of visual nonsense, instead allowing cinematographer Tim Nagle and editor Christine Cheung the freedom to craft elongated sequences of action and mayhem that add a layer of intensity and excitement they wouldn’t possess otherwise. He also gives Bellucci all the room she wants to vamp things up, the veteran French icon appearing to be having a devilishly jubilant time portraying the film’s carnivorously seductive villain.

Again, I can’t say this one is going to stick with me in the same way that the Roache-Turner brother’s Wyrmwood: Road of the Dead has. This ridiculous supernatural horror-thriller-comedy-action hybrid for the age of social media and cybernetic interconnectivity is a live-action adult cartoon (one that even opens with an imaginative animated prologue sequence, nonetheless), and I do find it exceedingly difficult to treat it seriously because of this. But that doesn’t mean I still didn’t have a fair amount of fun watching Nekrotronic, and as midnight genre entertainment I’d wholeheartedly urge those with an affinity for this sort of thing to take the time to check the motion picture out. 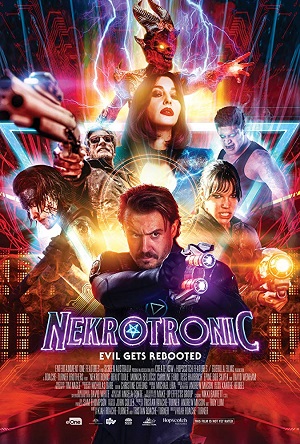