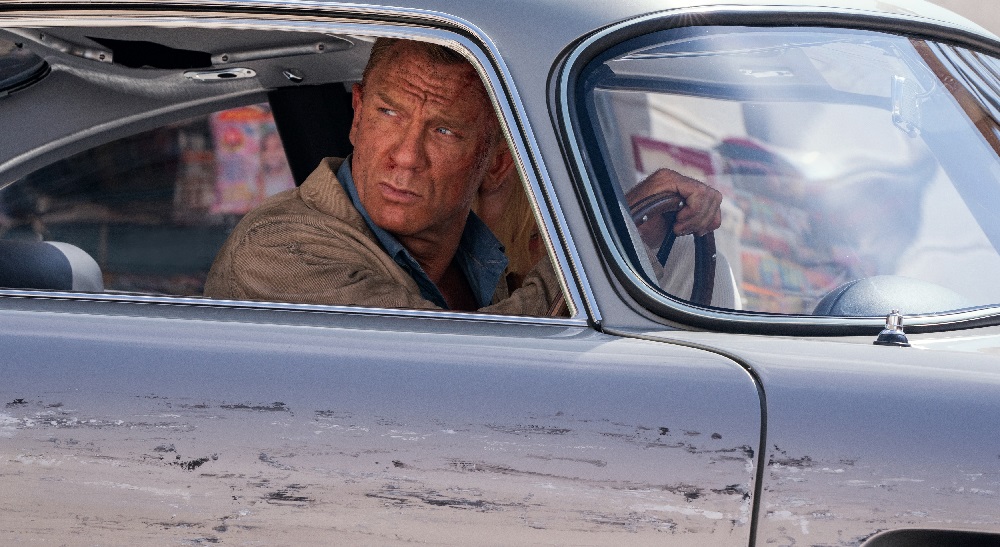 No Time to Die is an outstanding end to Daniel Craig’s James Bond era. After the lackluster disappointment of 2015’s Spectre, director Cary Joji Fukunaga (Beasts of No Nation) delivers a thrilling spectacle that’s far more emotionally fulfilling than I had anticipated. A few minor nitpicks notwithstanding, I loved this one.

No Bond actor has ever exited the role quite the same way Craig does here. The fifth and final entry in the actor’s reign as author Ian Fleming’s iconic British spy, No Time to Die is an action-heavy swan song that brings this version of 007 full circle. Back in 2006’s Casino Royale, his Bond was introduced as a talented newbie with definite skills and a lot left to learn; now he’s the grizzled veteran ready to call it a day yet still determined to lay it all on the line for Queen and country.

Sean Connery didn’t get this type of finale, leaving on his own terms before coming back to Bond for two one-off stories, probably at the inducement of mountains of cash. George Lazenby was in only one Bond film, 1969’s On Her Majesty’s Secret Service, but as it’s widely considered one of the franchise’s best outings, I feel his stint as 007 should be considered in a positive light.

Roger Moore started to show his age, and while I enjoy both 1983’s Octopussy and 1985’s A View to a Kill, it’s hard to disagree with those who felt that the actor had overstayed his welcome. Timothy Dalton only got two turns as the character, 1987’s The Living Daylights and 1989’s License to Kill, and while he was closer in tone to Fleming’s literary iteration of Bond, it’s clear his cutthroat take wasn’t what audiences wanted after over a decade of Moore’s suavely comedic incarnation.

As for Pierce Brosnan, while 2002’s Die Another Day is widely thought to be one of the lesser Bond films, it was still a massive, worldwide box office hit. I think the decision to move on from him had more to do with the success of The Bourne Identity than it did anything else. Brosnan never got the opportunity for one last ride as 007 mainly because producers Barbara Broccoli and Michael G. Wilson determined they could make more money by switching to a more serious and less elegantly exaggerated tone, thus opening the door for Craig.

I can’t say Broccoli and Wilson were wrong in their assessment. Craig’s 007 adventures, while wavering in quality, have proven to be hugely popular with audiences around the globe. The additional time between installments has also allowed the actor to age with Bond and not against him – as happened with Moore – each new film letting him show more wear and tear as the years take their toll on the secret agent. Craig’s Bond earned all of his scars, and it’s no wonder that at the outset of No Time to Die, he is ready to turn in his license to kill and drive off in his Aston Martin into the Jamaican sunset.

But just as Bond thinks he is out, leave it to old friend Felix Leiter (Jeffrey Wright) to pull him back in. The CIA agent needs his help: Spectre has kidnapped Russian genetic scientist Valdo Obruchev (David Dencik) who had been previously working for the British, and the rumor is that his latest breakthrough could be a lethal boon for the powerful terrorist organization. He’s currently being stashed in Cuba, and Leiter has orders to get him out, alive if possible, dead if necessary, to ensure his discovery isn’t unleashed on an unsuspecting world.

Things aren’t that simple. Turns out the British want the scientist back, and M (Ralph Fiennes) has dispatched his newest 007 (Lashana Lynch) to retrieve him. One thing leads to another and Bond is back in London inside MI6 headquarters. He’s reunited with Madeleine Swann (Léa Seydoux) and must come face-to-face once again with the now-imprisoned Ernst Stavro Blofeld (Christoph Waltz). His relationship with those two indirectly ties Bond to a new threat, the mysterious Lyutsifer Safin (Rami Malek), who has his hands on a viral weapon that, once unleashed, could kill billions.

I think the most astonishing thing about No Time to Die is that, unlike in Spectre, Craig and Seydoux have actual chemistry. Fukunaga generates serious heat between them, and both actors are fully invested in Bond and Swann’s tragically complex relationship, while last time around it was like they were appearing in completely different motion pictures.

When the pair are forced to separate during the explosive pre-credits sequence, I could feel a lump form in my throat. Unexpectedly reuniting five years later moments before they interrogate Blofeld about the missing Obruchev, a palpable chill passes between them. Finally, when the climax kicks into gear and they both discover they have something personal that’s worth fighting for, there is passion in their embrace and authentic shivers are born from their joining forces once again.

And who is Safin? Why are Bond and Swann so important to him? Those are questions better left unanswered on my part. While Safin is not a topflight 007 villain, and even though I Malek underplays his role a bit too much for my liking, there is still something about this killer’s coldblooded solemnity I found chilling.

I should mention Ana de Armas. She pops in briefly during the Cuba sequence as Paloma, a young CIA agent sent by Leiter to assist Bond in rescuing that Russian scientist. The actress comes exceedingly close to stealing the film right out from underneath the main character. Paloma is a burst of unexpected adrenaline, a manic jolt of pixie dust who makes such a dynamic impression before suddenly disappearing with an angelic smile it’s impossible not to miss de Armas once events move back to London and she’s no longer a part of the story.

Fukunaga makes it all work. The action sequences have volatile urgency, the dramatic moments are effectively heartfelt, and the characters – both returning and new – are worth getting to know. Callbacks to the entire series feel organic, not forced. The emotional wallop of a finale is well-earned, and not since the aforementioned On Her Majesty’s Secret Service have tears shed during a James Bond flick felt so entirely genuine and undeniably warranted.

But this is Craig’s show, and his last shot as 007 hits the bullseye. No Time to Die was well worth the wait. I’m excited to see it again. 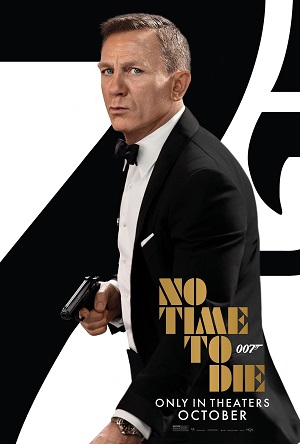