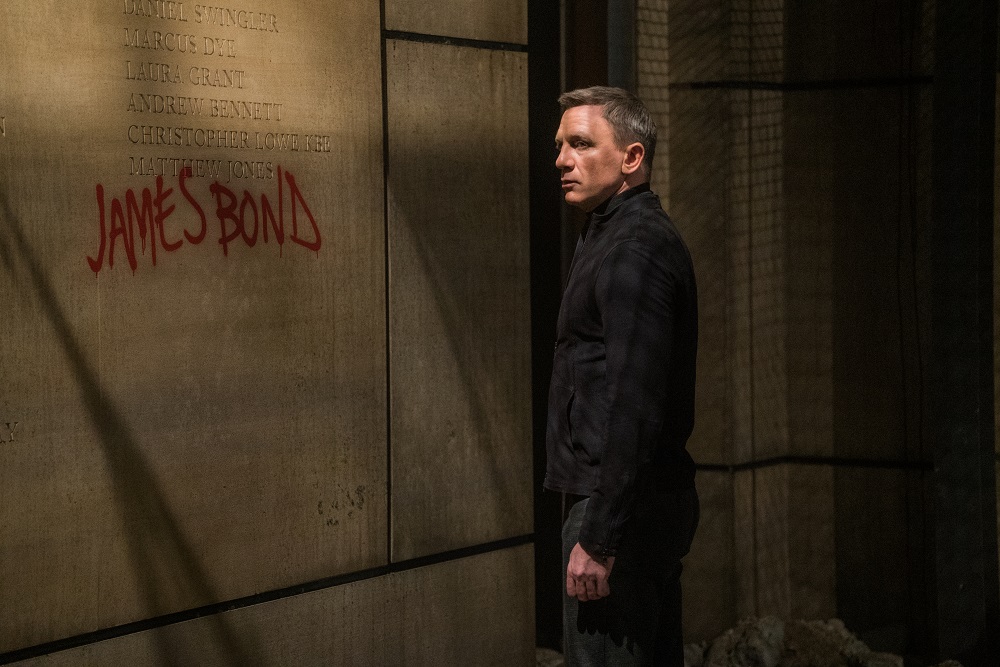 Spectre Takes 007 on a Forgettable Journey

Sent on a mission of death by a message from the grave from his former boss (Judi Dench), James Bond (Daniel Craig) is currently in Mexico City giving his license to kill a workout. The current M (Ralph Fiennes) is not pleased by his best agent’s destructive, unauthorized antics, ordering Q (Ben Whishaw) and Moneypenny (Naomie Harris) to keep tabs on him whether 007 wants them to or not. Thing is, they trust Bond, so when he again flies the coop to attend a funeral, saving the life of the grieving wife (Monica Bellucci) of the man he killed in the process, they both stand idly by letting him go on his merry way. 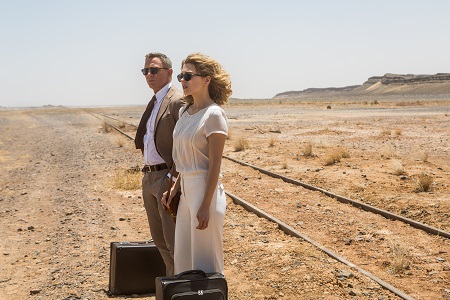 Good thing, too, because the secret agent has uncovered a conspiracy more far-reaching and unpleasant than anything anyone back at the home office could have imagined possible. Thanks to help from old nemesis Mr. White (Jesper Christensen), promising to keep the man’s only daughter Madeleine (Léa Seydoux) safe from harm in exchange for information, Bond is led into the beating, bloody heart of a massive conspiracy. Yet, even he is unprepared for what he discovers there, the man in charge someone he is intimately familiar with, a man he, along with everyone in the British government, all thought was dead.

Spectre brings the Daniel Craig era James Bond stories full circle, tying up loose ends left behind after the events of Casino Royale, Quantum of Solace and Skyfall while also introducing the quintessential villainous organization author Ian Fleming’s superspy has been battling right from the very beginning. It’s both a culmination of a story begun nine years ago as well as an origin tale potentially setting the course for the future, returning director Sam Mendes trying to thread a tiny needle as he pays homage to the past while keeping things anchored in the present.

There have been a number of great James Bond movies, each of the actors (Sean Connery, George Lazenby, Roger Moore, Timothy Dalton and Pierce Brosnan) who have played the iconic character all having at least one strong outing to their credit. There have also been a number of memorably bad outings for 007, Moonraker, A View to a Kill and Die Another Day all coming to mind as far as that goes. But there has never been a forgettable Bond flick, one that evaporates from memory the moment it comes to an end, a major plus for a series of films that’s been running strong since Dr. No premiered in 1962.

Until now. Even with two-time Academy Award-winner Christoph Waltz as the central baddie, even with an opening sequence set during the Day of the Dead featuring an absolutely flabbergasting tracking shot helmed by cinematographer Hoyte Van Hoytema (The Fighter),  it’s astonishing how little of interest actually takes place. Veteran Bond screenwriters Neal Purvis and Robert Wade (The World is Not Enough onward), working with newcomer Jez Butterworth (Black Mass) and fellow Skyfall returnee John Logan, have constructed the most freeze-dried and by-the-numbers 007 outing yet, the stuff transpiring so uninspiring it’s almost impressive.

Not that the components for a solid escapade are not present. Not only is Waltz just fine in his rather mysterious role as the nefarious instigator of all Bond’s misery, Dave Bautista is a magnetic force of thuggish nature out to stop 007 from putting the pieces of this enigmatic puzzle together as brutally and as violently as he can. Craig and Bellucci have magnificent chemistry, their brief time together a smoldering inferno of intimacy and understanding that’s positively inspirational. Additionally, while silly as all get-out, Mendes stages a spectacular set piece involving a fleet of Land Rovers and a twin engine airplane dueling across a snow-covered mountainside that’s close to out of this world.

But who cares? The script plays like a series of ‘Bond Greatest Hits’ more than it does anything original, inorganically fitting in various plot machinations more because they need to exist in order for the film’s ultimate reveal to be a reality than they do to propel the main character along on his journey of self-discovery. While I appreciate the way the writers manage to work in references to the other three Craig films, they don’t do so in ways that are authentic or honest. More, they also cram in S.P.E.C.T.R.E. references going back to Dr. No going all the way through to On Her Majesty’s Secret Service, and while there is minor fun in spotting them all there’s no real narrative reason for the majority to exist.

Even one of the film’s best fight sequences, an all-out brawl between Craig and Bautista on a speeding train, is lifted almost wholesale from From Russia with Love, and as nicely orchestrated and staged as it might be the whole moment feels shoehorned into the proceedings all so the two stars can ape Sean Connery and Robert Shaw. Its endemic of the movie as a whole, little of it having an identity it could call unique or its own, and after a while I just felt a little worn down by it all to the point I almost stopped caring about anything that was happening. 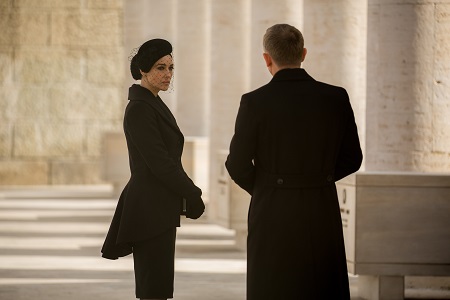 Saying all of this does break my heart. I was raised on James Bond. I know him inside and out. I’m one of the few people I know who can watch the great Bond films as many times as I do the terrible ones. I will proudly proclaim From Russia with Love one of the greatest motion pictures of all-time while at the same time singing the praises of supposedly ‘lesser’ 007’s Lazenby and Dalton until the cows come home. I adore this character, his world and his adventures no matter which iteration we are discussing, and it’s safe to say my parents introducing him to me (including Fleming’s books, which I devoured voraciously) is something I thank my lucky stars for regularly.

But Spectre? As terrific as it all looks, as expertly crafted as it might be, Spectre just isn’t all that good a movie, and while it brings signature events and characters back into the Bond fold much better most other reboots of classic serials can say the same about accomplishing (i.e. Star Trek Into Darkness) as positives go this is a minor one. It is a tired retread that offers little new or original, taking 007 to the one place he’s arguably never been before: irrelevance. 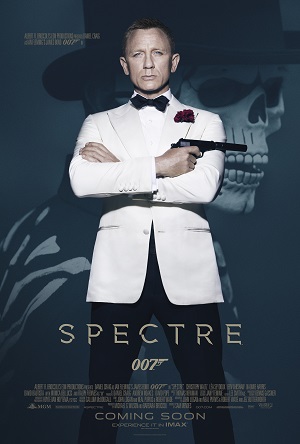