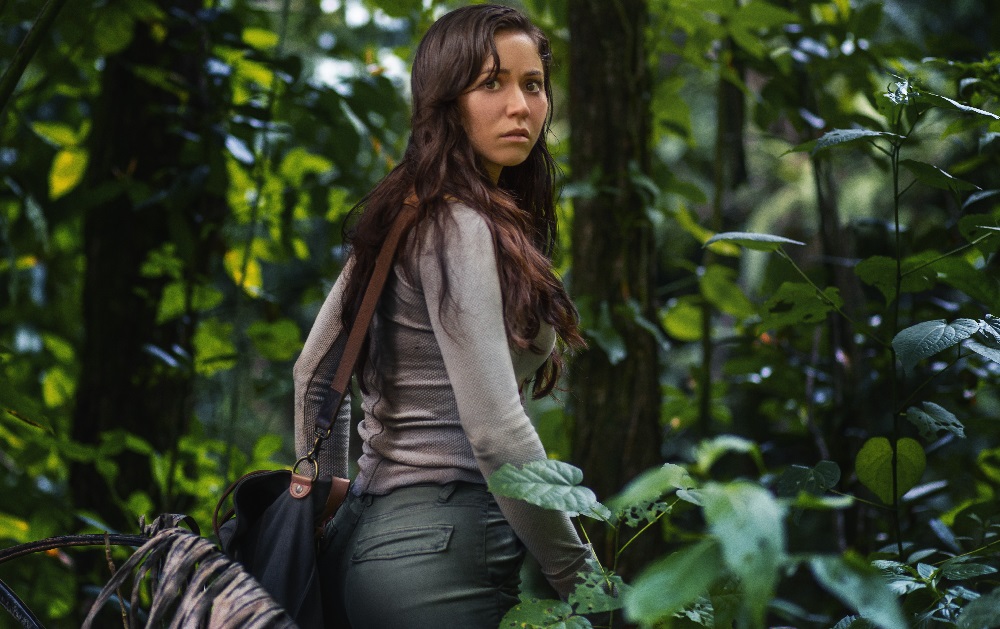 Investigative reporter Cristina (Brigitte Kali Canales) was warned by her cousin Miranda (Andrea Cortés) to stay away from the caverns of La Boca. She didn’t listen. Now the young woman finds herself chained to a bed in a stone room with walls covered in mysteriously ominous paintings showcasing various levels of demonic possession.

A fatherly man, Javi (Sal Lopez), charged with her care, feeds Cristina fresh goat’s milk and little else. His mother Luz (Julia Vera), a bruja, her face covered in white and red paint, comes into the room periodically to analyze the situation and judge whether her services are required. As Miranda fearfully explains to her cousin, by entering those caverns Cristina has opened herself up to an unimaginable evil, and until she accepts this as fact and not superstition, she will not be allowed to leave.

Don’t call The Old Ways a Mexican The Exorcist. Director Christopher Alender and screenwriter Marcos Gabriel’s unsettling supernatural thriller is refreshingly its own horrifying animal, more a drama about cultural heritage, grief, family and addiction than it is a straightforward tale of demonic possession. Cristina’s journey is inherently personal, the journalist forced to reconcile and reexamine the tragic death of her mother when she was a child and how that loss ended up shaping her life up until now.

This is an inherently human story, grounded in the perception and heritage of its protagonists. Yet it is also a mournfully universal cry for acceptance and understanding, Cristina and Miranda’s relationship east to relate to no matter what the viewer’s background or gender identity. The reasons for their estrangement are simplistic in their obvious truthfulness. This helps make their reunion and potential reconciliation all the more heart-stopping, and whether or not they’ll be able to reconnect with who they were as children to find the strength to persevere and survive as adults is one of the bigger questions the filmmakers attempt to explore.

Not to say the spooky stuff isn’t important. It’s not much of a shock to discover Luz and Javi aren’t playing fast and loose with the truth as it pertains to Cristina’s situation. Evil is real, and otherworldly forces are trying to conspire to take ownership of the woman’s immortal soul. Whether that’s demonic or not, that’s one question I will not spoil. Alender and Gabriel know what they’re doing, and when the reveal does happen, suffice it to say my jaw suitably hit the floor while tiny beads of sweat deliciously dripped down my cheek.

The addiction angle isn’t worked into the narrative as deftly as I felt it could have been, and while I always love when genre favorite AJ Bowen unexpectedly shows up in a role, his brief bookend cameo appearances as Cristina’s boss Carson falls oddly flat. Roughly halfway through I had a fairly good idea where everything was headed and, to my moderate disappointment, little that happened during the climax was surprising.

Even so, Alender directs with passionate dexterity, keeping things character-driven no matter how surrealistic or outlandish events became. Cinematographer Adam Lee shoots the heck out of the picture, achieving an ominous visual aesthetic that got under my skin. I was also taken with Bryce Perrin’s (Ravenous) eerily captivating production design, while composer Ben Lovett’s stirring score is right up there with his memorably superb work on films like The Night House and The Wolf of Snow Hollow.

But the real reason all of this works as well as it does is thanks to the quartet of actors at the center of the emotional and physical carnage. Canales is excellent, carrying things with an effortless determination that’s masterful. Cortés snuck up on me, her delicately subtle performance rather wondrous. Lopez excels at doing so much while appearing to do so little, a quiet moment where Javi engages Cristina in a game of dominoes momentarily stopping my breath cold.

As for Vera, any time she was up on the screen I couldn’t take my eyes off of her, the veteran character actor a disquietly haunting presence The Old Ways utilizes to perfection. She’s arguably my primary reason for enjoying the film as much as I did. Give it a look and discover her hypnotic power to mesmerize for yourself. 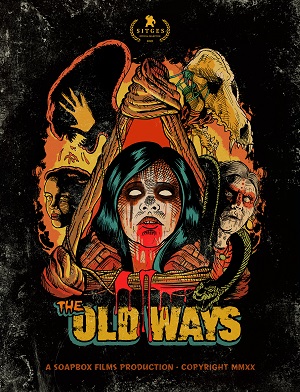