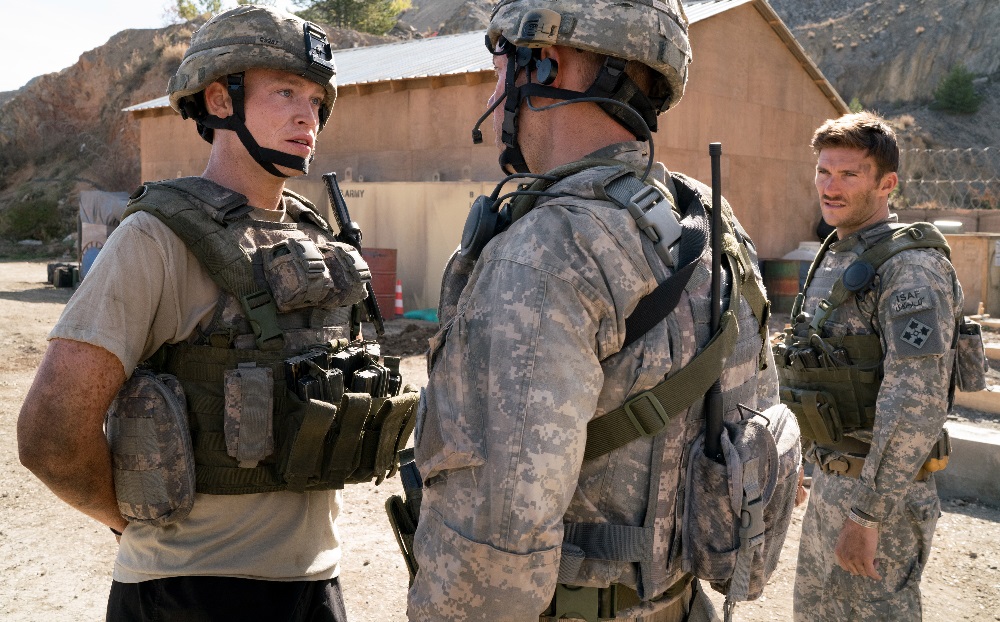 Lurie’s The Outpost a Riveting Tale of Heroism and Tragedy

In October of 2009, roughly 400 Taliban fighters launched an attack on U.S. Combat Outpost Keating. Inexplicably located at the base of the Hindu Kush Mountains just 14 miles from the Pakistani border, 53 soldiers were forced to defend themselves in what would prove to be one of the bloodiest battles (so far) of the Afghan War. It never should have happened.

Based on the best-selling book by journalist Jake Tapper, director Rod Lurie’s (The Contender, Nothing But the Truth) forcefully gut-wrenching The Outpost chronicles the events that led up to this attack before exploding into a nearly hour-long depiction of the battle itself. The film takes its time to get to know a number of the soldiers (some of whom dub Keating “Camp Custer” upon their arrival) while also attempting to clarify the complex political situation these men find themselves inexplicably a part of.

Not going to lie. For the first hour I was uncertain if I was well enough acquainted with this small group of men or familiar enough with the layout of Keating for the eventual battle that I knew was coming to resonate emotionally. Commanders of the outpost come and go, their interactions with local Afghans frustratingly contradictory. As to the men who will live, die and fight during the assault, there are understandably a lot of faces to keep track of, remembering who is who not always easy.

But Lurie is a shrewd cinematic tactician. Almost without my even realizing it, I was learning Keating’s geography as well as that of the mountain range ominously looking down upon the compound. I ended up with a fairly decent idea of who all of these men were, so by the time the chaos started the faces of soldiers like Staff Sgt. Ty Carter (Caleb Landry Jones), Staff Sgt. Clint Romesha (Scott Eastwood), Staff Sgt. Justin T. Gallegos (Jacob Scipio) and Stephan L. Mace (Chris Born) stood out rather dynamically.

The director had done a stupendous job of ensuring I was never lost or confused. This made the final hour a visceral powder keg of emotional tumult that thrust me forward right to edge of my seat and firmly kept me there. Each death mattered. Each sacrifice resonated. Each act of heroism in the face of overwhelmingly lethal odds stopped my heart and forced me to pay rapt attention. This battle wrecked me, and when it was over I was so exhausted and had gone through so many tissues I needed to slap a little water in my face to regain my composure.

Jones, as underrated a young actor as there is working today (just watch his turns in films as diverse as Get Out, The Florida Project and Three Billboards Outside Ebbing, Missouri), delivers what might just be the best performance of his career as Carter. Without wanting to say too much, this former Marine now Army Staff Sgt. goes through a stunning transformation. Jones burrows in. Every movement, the ways in which he comports himself, how he allows certain syllables to just linger in the air as if they were a half-completed thought ready to move on to a different subject entirely, it’s all just staggering.

From a technical perspective this film is as precise and as painstakingly composed as anything Lurie has made. Editor Michael J. Duthie (London Has Fallen) cuts things in a way that allows the events of the battle to hit home like a titanic thunderbolt, yet he also always makes sure to emphasize character and story over outright spectacle. Lorenzo Senatore’s (Hellboy) cinematography is equally impressive, the streamlined verisimilitude of his images creating a documentary-like atmosphere that’s distinctly immersive. Best of all is the picture’s stunning sound design, and even while watching at home the way I felt enveloped by all that was happening sent continuous chills racing up and down my spine.

For me, what ends up making The Outpost essential is one of its quieter moments. Not too long before the assault on Keating begins, but still far enough away that the illusion that the men stationed there might get out before things go horrifically wrong, there is a montage of a handful of these soldiers calling home to speak with their loved ones. Each call is different, and they all feel entirely natural and inherently genuine. It is the calm before a devastatingly tragic storm, and it is in this moment the true origins of unfathomable courage are subtly forged. 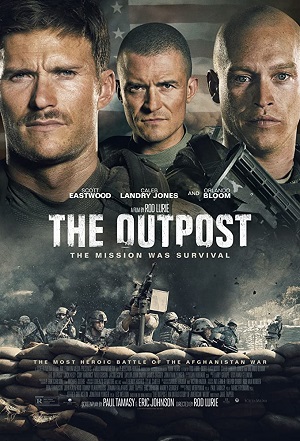