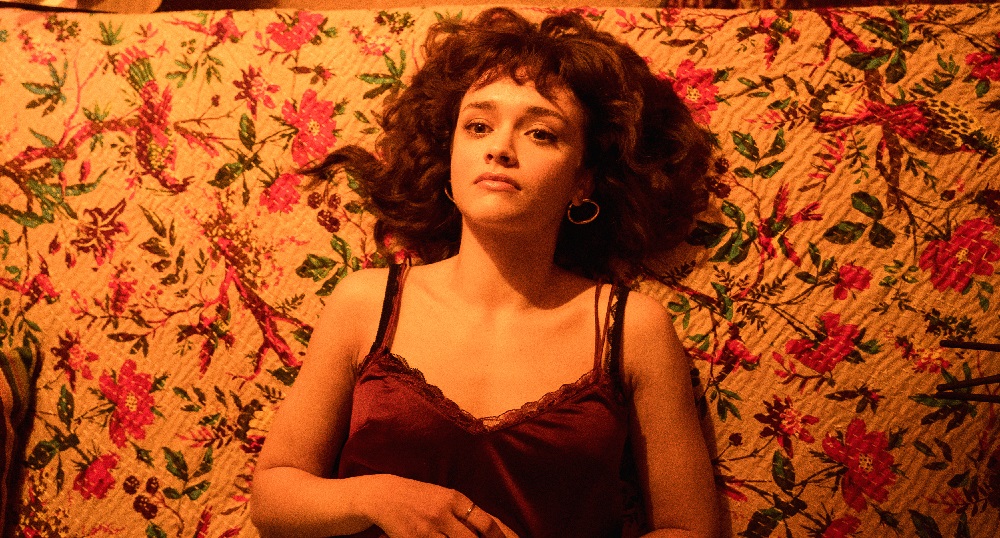 Oliva Cooke is killing it. Arguably the best thing about Steven Spielberg’s tiresome Ready Player One. Key supporting part in the excellent Sound of Metal. A mesmerizing lead performance in the timely pandemic romance Little Fish. A starring role in HBO’s upcoming “Game of Thrones” prequel “House of the Dragon.” All of this on top of superlative turns in feature films like Thoroughbreds and Me and Earl and the Dying Girl and television hits “Bates Motel” and the 2018 “Vanity Fair” miniseries.

Now Cooke is the driving force propelling the juvenile Irish crime comedy Pixie to success, her transformation into pipsqueak firebrand Pixie O’Brien masterful. For director Barnaby Thompson (St. Trinian’s), she’s his Energizer Bunny, the actress taking the slight, distinctly unoriginal scenario dreamt up by filmmaker’s son Preston Thompson (Kids in Love) and making something magical out of it.

The beloved stepdaughter of local Irish crime boss Dermot O’Brien (Colm Meaney), Pixie hungers to make a clean break and move to the United States. She secretly masterminds a heist of her dad’s competition only for that to go horrifically sideways, a pair of unsuspecting best friends, Frank (Ben Hardy) and Harland (Daryl McCormack), inadvertently ending up with a bag full of drugs they haven’t the first clue what to do with.

Pixie teams up with the young men to sell off their ill-gotten gains. Hitting the road, the trio has to avoid a lethal enforcer sent to figure out what is going on and also steer clear of a gang of gun-toting priests led by Father Hector McGrath (Alec Baldwin) who the drugs were originally stolen from. His history with Pixie’s stepfather is decidedly problematic, and McGrath would like nothing better than for this mess to grant him the opportunity to rid the community of the O’Briens and their men for good.

Owing a giant debt to films like True Romance and Snatch, there’s not a lot of mystery as to where all of this violent zaniness is going. Preston Thompson’s script isn’t overflowing in surprises, and even the final twist can be seen from miles away. The climactic confrontation between McGrath’s clergy and O’Brien’s thugs is a bit underwhelming, and the sudden resurrection of a key player in all this gun-totting madness is more coincidentally opportune than it is playfully clever.

Shockingly, this didn’t bother me too much. Hardy and McCormack are terrific. I like that their characters actually go on a journey and learn something about themselves instead of spending their screen time wandering here and there as wide-eyed observers. Frank and Harland grow and evolve, Pixie opening their eyes to fresh possibilities relating to family, love, gender and sexuality that I did not anticipate. Their friendship is strengthened by this chaotic road trip, their relationship made stronger, not by blindly wandering by death’s doorstep, but by learning to embrace life’s inexplicably convoluted peculiarities for the glorious mystery that they are.

But, make no mistake, this is a showcase for Cooke. She gleefully makes the most out of every second of the 93-minute running time. The actress is spellbindingly genuine, Pixie a complete character overflowing in magnetic complexities filled with emotional nuance. Cooke has a way of going from happy-go-lucky to goofily effervescent to tearfully torn apart with breakneck abandon. It’s magnificent to watch, and I can’t help but think how tedious all of this might have been had the actress not portrayed the titular role.

Meaney is wonderful, and while the films are lightyears away from one another in tone, style and intent, his performance as Dermot O’Brien reminded me a little of his stupendous work for Stephen Frears back in 1993’s The Snapper. Sadly, Baldwin doesn’t come off nearly as well, the whole subplot involving him and his fellow priests selling drugs to fill the Church’s coffers falling flat.

Not that it matters. Even if I knew where everything was headed, Pixie still kept me happily entertained. Hardy and McCormack have superb chemistry, and Cooke dominates the proceedings with such captivating effortlessness this film maybe could have been four hours long and I still think I would have enjoyed it. If it wasn’t clear before I think it has to be now: Cooke is a star, and no matter what she chooses to do next her name on the marquee will be more than enough to convince me to give it a look. 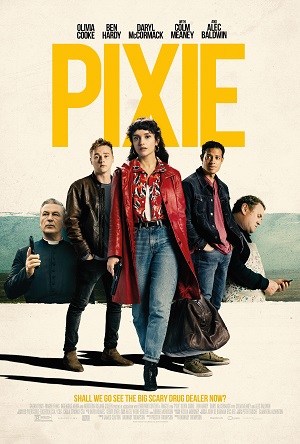