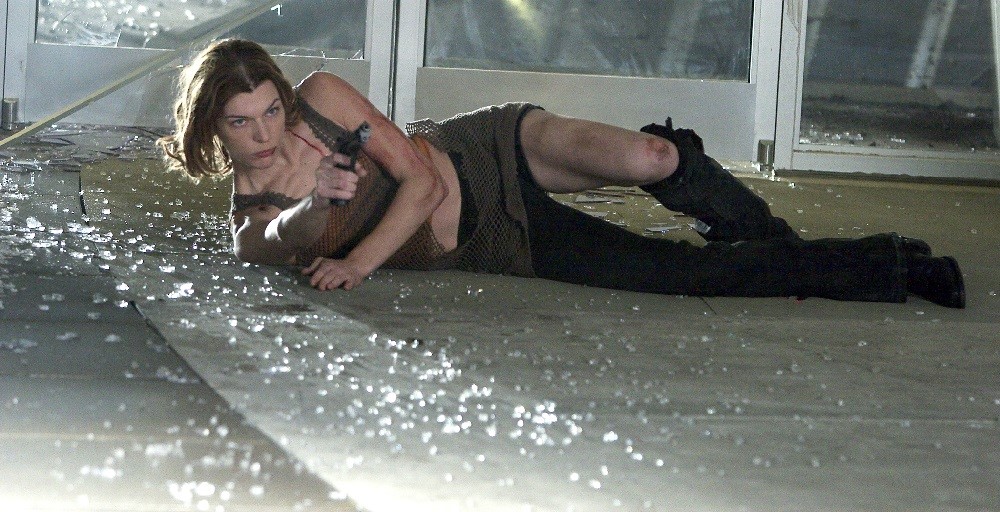 In 2002, Paul W.S. Anderson did the unthinkable and made a decent movie out of a video game. Resident Evil was no classic, but it had a B-movie charm and a gruff, brutally grotesque bravado I unashamedly enjoyed. It was a fun horror-action hybrid, and I wasn’t surprised at all that it became something of a moderate hit and quickly led to a sequel.

How quickly things can change. Resident Evil: Apocalypse is terrible, free of any of the guileless charm or cheekiness that helped make the original such a repulsive joy. Even with Anderson back writing the script – but not directing; he went off to make Alien vs. Predator instead – this picture is a total hack job I came close to hating.

Picking up shortly after the events in the previous film, Apocalypse begins with the citizens of Raccoon City under siege by legions of the undead. The Umbrella Corporation, whose only care for the citizenry is to evacuate key scientists essential to their research, blockades every exit out of town locking innocent bystanders and infected flesh-eating zombies together in an unholy melting pot of kill or be eaten.

Amongst those left fighting for survival are Jill Valentine (Sienna Guillory, all tough talk and skimpy halter tops and nothing else), television reporter Terri Moralez (Sandrine Holt), small-time hood L.J. (Mike Epps) and Umbrella Special Forces agent Carlos Olivera (Oded Fehr). They band together to find the lost daughter (Sophie Vavasseur) of scientist Dr. Ashford (Jared Harris), her rescue the key to their escaping the city before the corporation drops a nuclear bomb to sanitize the outbreak.

They are aided by the only living survivor of The Hive disaster, special agent Alice (Milla Jovovich), who may not be 100% human. She’s been an Umbrella test subject, fused with T-virus to see how her DNA will mutate, giving her exceptional speed, strength and agility.

Not everything about this sequel is abysmal. Director Alexander Witt stages a couple of scenes of perverse power, each dealing with the gruesome demise of a featured character. The best moment centers on a gaggle of cannibalistic middle school students ripping someone apart, a person Witt does an excellent job of fooling the audience into believing will survive until the climax.

Also making a welcome return appearance are those bloody, skin-shredded Doberman Pinchers. Their dripping jowls and gnashing teeth are enough to give me goose pimples even in a freeze-frame. Those dogs remain gorgeously terrifying, and even if it’s just for one quick scene I was happy to see they hadn’t lost any of their bite.

But as far as positives go that was pretty much it. From obscenely inane moments of super blurry and overly pixilated slow-motion, to fight scenes so poorly edited the visuals become an incomprehensible blur, I’m gobsmacked just how inept much of this sequel frustratingly ended up looking. Even Jovovich, so great in the first film, is left looking bored and embarrassed the majority of the time here in the sequel, and if not for a couple of decent verbal exchanges with Fehr, she honestly does precious little that’s memorable or noteworthy.

As bad movies go, Resident Evil: Apocalypse would have been 2004’s primary cinematic atrocity if not for the fact colossal wastes of time Van Helsing and Without a Paddle already exist. But it’s still pretty awful, and if this ends up being game over for the budding franchise I wouldn’t be at all surprised. 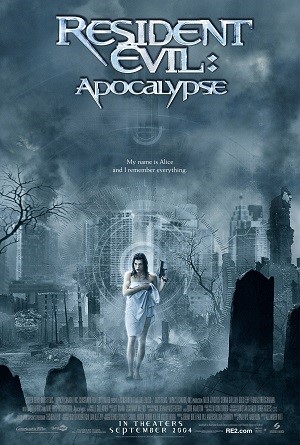