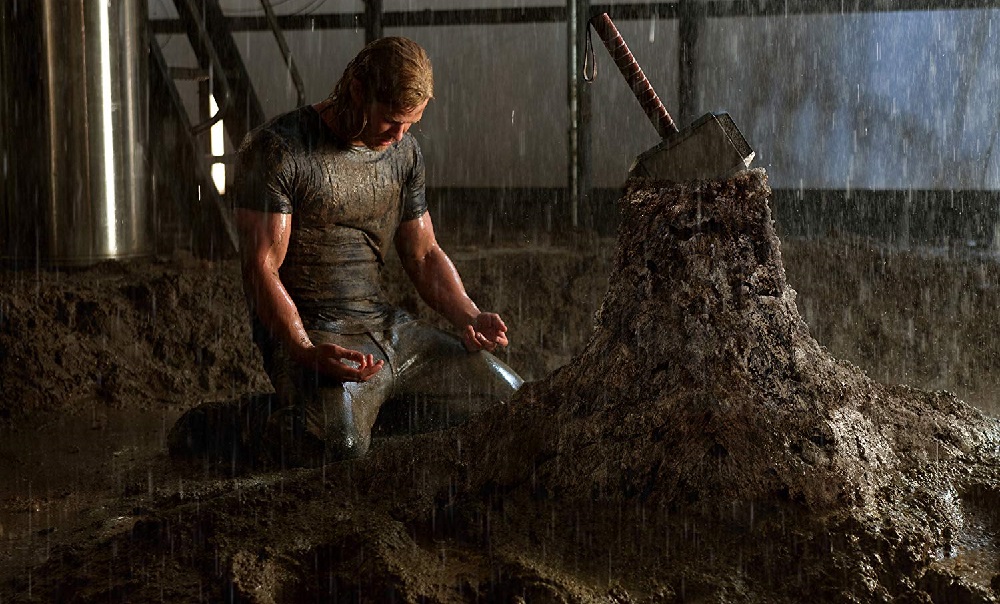 Marvel’s Thor may be silly, but that doesn’t make it any less entertaining. Dynamically directed with Shakespearean brio by Kenneth Branagh (Henry V, Much Ado About Nothing) and cast to perfection, this loud, rambunctious and delightfully over the top herculean epic adventure of Gods and Men is a heck of a lot of fun. Absurd, not always certain about where it is going, this is nonetheless one of the best features the impresarios at Marvel have brought to the screen yet, and I had one heck of a great time watching it.

On the day Thor (Chris Hemsworth) is supposed to be crowned by his father King Odin (Anthony Hopkins) as his successor to rule the kingdom of Asgard, a series of events leads him to go into King Laufey’s (Colm Feore) kingdom where he almost starts a war. In response, Odin angrily casts his son out of Asgard, sending him to the realm of Earth along with his almighty hammer Mjölnir, proclaiming only a warrior worthy enough to wield its power will be able to raise it from its resting place.

Thor is discovered by a team of scientists led by Jane Foster (Natalie Portman) and her mentor Prof. Erik Selvig (Stellan Skarsgård). Stripped of his powers, the Asgard prince slowly comes to grips with the horribly selfish choices he has made over the years, understanding that his father was right to send him away until he learned more about compassion, understanding, selflessness and forgiveness, all attributes that will make him a better person, not just a better king.

Thor’s brother Loki (Tom Hiddleston) has no interest in seeing his sibling learn his lessons in order to someday sit upon Odin’s throne. He’s been orchestrating this particular fall from grace from behind the scenes for some time now, and after learning a long-buried secret about his past he’s no longer satisfied with being an invisible villain. If he has to Loki will destroy his brother to become their father’s successor, making a secret deal with King Laufey to invade Asgard while also sending an unstoppable machine to Earth to finish Thor off for good.

This movie is obnoxious. It is colorful. It is loud. It is full of vim and vigor. It talks in bold, robust statements of grandeur reveling in just how obnoxious everything that is happening proves to be. It connects itself to other Marvel adventures like Iron Man and The Incredible Hulk but doesn’t see itself beholden to them, Branagh delivering an epic scale adventure that’s fit for the wide-eyed child ready to lap all of this up with greedy glee.

But the movie is also chaotically scripted (there are five credited writers), barely coherent and at times seems to be making things up as it goes along. Large segments, especially the ones taking place outside of Asgard, kind of sit there spinning in circles, and if not for the abilities of the cast and some truly great one-liners (most of them courtesy a charming Kat Dennings) my enthusiasm for this movie would have been diluted a significant amount.

Yet, Hemsworth is perfect as the title character, while Hiddleston is awesome as the emotionally conflicted villain (it’s easy to see why he’s supposedly the primary baddie in next summer’s The Avengers). The two actors play off one another with vigorous gusto, Branagh orchestrating their theatrics as if he were directing Othello and Iago and not a pair of Marvel comic book icons. There is palpable drama to their face-offs, and it’s nice to see a film climax with a pair of actual actors going at one another and not a bunch of CGI robots.

Listen, Thor isn’t great, and it’s missing some of that wow factor that made the first Iron Man such a heck of a lot of fun. But this movie ends better than any of the other Marvel adaptations in The Avengers universe so far, and it also offers up the studio’s best villain by an intergalactic mile. Branagh’s confidently self-assured direction fits the material perfectly, the Oscar-nominated filmmaker delivering a superhero adventure I can’t wait to see again. 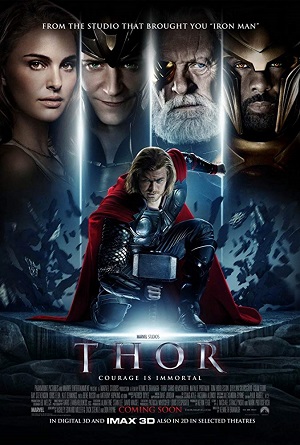