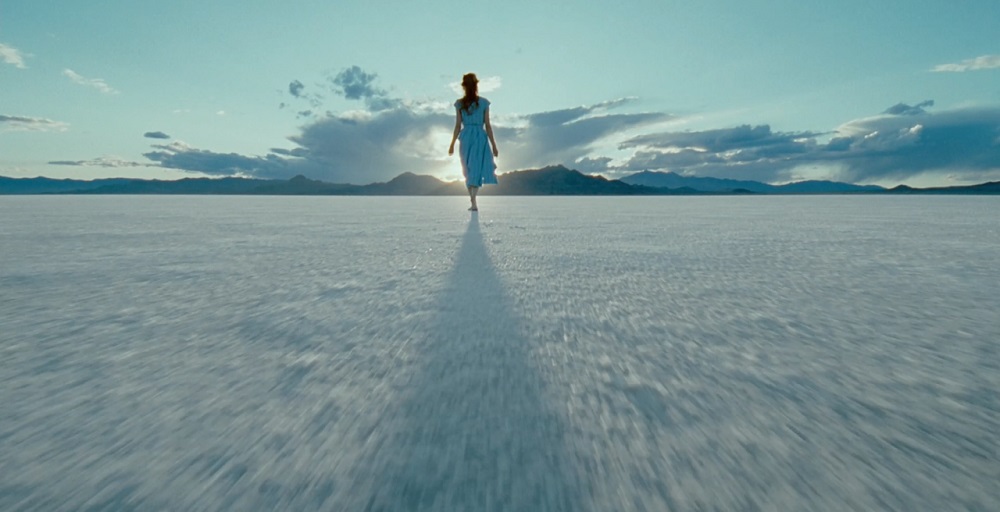 Terrence Malick’s fifth motion picture The Tree of Life is a breathless cinematic miracle that’s unlike anything else I’ll see in all of 2011. A treatise on life, aging, evolution, faith, religion and family, the film journeys from rural Texas in the 1950s to the unnamed madness of the glass and steal of today’s urban America.

The Tree of Life is one of those epics where one viewing isn’t enough. There is so much going on, so much of substance aching to be told, processing it all or putting it into any sort of coherent perspective in the moment of watching is understandably difficult. It is a movie that must be felt, each rewatch certain to reveal previously unseen layers worth of deeper examination.

The basic thrust of the story concerns Jack (Sean Penn), an unhappy corporate bigwig ruminating on his childhood growing up with an iron-willed father (Brad Pitt) and a loving mother (Jessica Chastain) he felt was frequently minimized by the man who supposedly loved her. He looks back on the days he roamed the streets of his small hometown as a child (Hunter McCracken), trying to put in perspective his relationships with younger brothers R.L. (Laramie Eppler) and Steve (Tye Sheridan), most notably the heartbreaking tragedy that rocked their world.

Trying to pin a plot to a Malick tale is rather pointless. While this is a coming-of-age saga about forgiveness, memory and regret, it is also a dreamscape where everything is possible and the birth of the Universe can have a direct correlation to a family’s expedition through time and space. This is a poetic enterprise in extremes – hypnotic as it is bewildering – with everything leading to a conclusion that is a bizarre miracle that’s shattering in its ethereal profundity.

The obvious comparison is Stanley Kubrick’s 2001: A Space Odyssey. That classic’s treatise on who we are, where we’ve come from and where we are theoretically going is, at least passingly, in the same ballpark as what the celebrated Days of Heaven and The Thin Red Line filmmaker attempts with this. There is a metaphysical sincerity to this story that challenges convention by asking questions that are intellectually engaging and emotionally riveting. From the beginning of time to breaching the veil of the afterlife, Malick’s steps into the unknown are rarely what I thought they were going to be.

Some may find all of this a little heavy-handed. Malick isn’t trying to be subtle. But while the meaning behind some of his allegorical meanderings isn’t immediately evident – I’m talking about the dinosaurs – on recollection they become crystal clear. There are layers upon layers to be sifted through, the director utilizing Emmanuel Lubezki’s (Children of Men) heavenly cinematography and Alexandre Desplat’s (The King’s Speech) miraculous score with crackerjack precision.

I sat in that theater afterward unable to move from my seat. It didn’t matter if the relationship between Penn’s performance as the older version of Jack and McCracken’s personification of his younger self didn’t always feel like it was the same character. It didn’t matter if I instantly understood everything the director was trying to say. The afterglow of it all overwhelmed me, Malick’s ability to bend time and space so a galaxy of a possibility opens up unabated truly extraordinary.

I urge people see The Tree of Life immediately. Even if a viewer ends up loathing it, what Malick is attempting, and in my opinion largely accomplishes, is mind-blowing in its ambitious imagination. I can’t wait to see this one again. 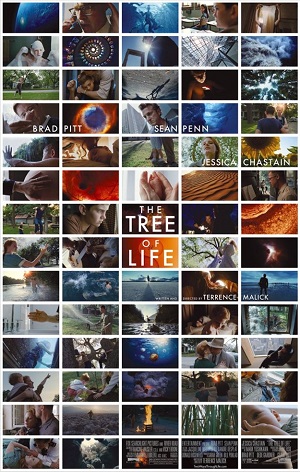