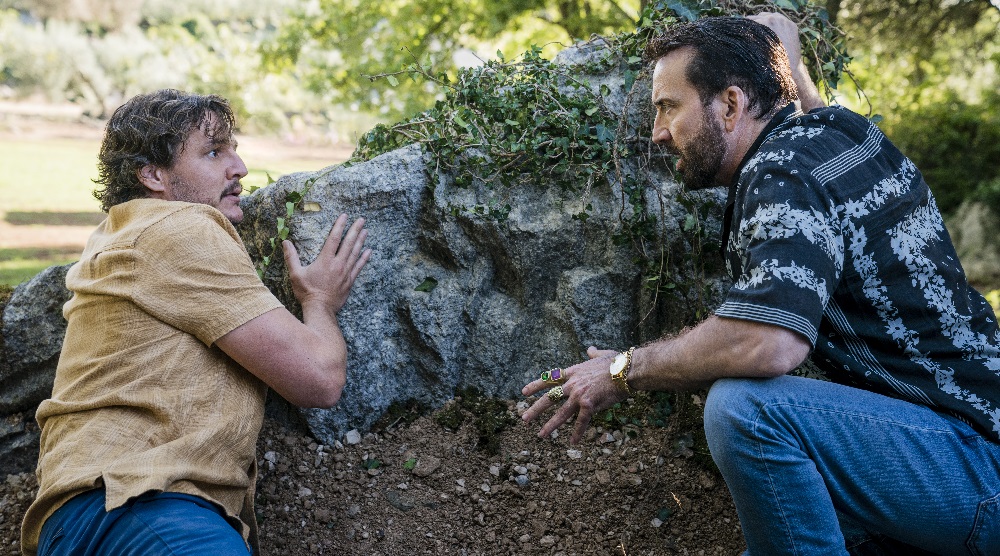 The Unbearable Weight of Massive Talent (2022)

Some roles an actor waits their entire career for. For others, it takes an entire career for an actor to have the ability, the acumen, and the courage to play them. For Nicolas Cage, The Unbearable Weight of Massive Talent is a combination of those two concepts. The multitalented actor was born to play the title role in this film. It also offers the type of mind-blowing challenge he’s been waiting decades to sink his teeth into.

But it took a wide-ranging career filled with flamboyant turns — coupled with a period of being a bona fide action megastar, which just as suddenly spiraled into a series of strange, barely released, and mostly non-theatrical endeavors — for Cage to be able to pull off such an audacious challenge as the one presented to him by director and co-writer Tom Gormican (That Awkward Moment). The Leaving Las Vegas Academy Award winner is portraying a character named “Nick Cage,” a talented actor with a sizeable ego and a fading career who is starting to wonder if it’s time for him to retire, and one with a filmography that’s the mirror image of Cage’s real one.

It’s an audacious balancing act, one that marvelously melds fact and fiction and satirizes modern Hollywood and the current state of cinematic media with insightful authority. Gormican and co-writer Kevin Etten are having an obvious blast brazenly playing with convention and subverting audience expectations, while Cage throws himself into the proceedings so completely that he ends up giving one of the finest comedic performances of his entire, justly celebrated career.

Nick Cage is at a crossroads. He’s not getting the parts he used to and is starting to feel that roles like those in Face/Off, Moonstruck, and Adaptation will never come his way again. The actor is equally upset he’s not been a great father to his teenage daughter Addy (Lily Sheen), and his loving — if exasperated — ex-wife Olivia (Sharon Horgan) wonders if he’ll ever put his family’s needs first before it’s too late.

Things take a strange turn when Cage is invited to the birthday party of wealthy superfan Javi Gutierrez (Pedro Pascal) and is offered a $1 million appearance fee. It’s too great a sum to turn down. But what he expects will be nothing more than a brief weekend getaway at a secluded island estate turns out to be something far more complicated. The US government has Javi under surveillance, believing he’s the powerful leader of a brutal crime syndicate. So a perky CIA agent, Vivian (Tiffany Haddish), wants Cage to infiltrate the man’s household and extract vital covert information.

Suffice it to say, things get even stranger. No one is who they say they are, and Cage’s family unintentionally ends up in the middle of a life-and-death situation with international implications. Nick channels some of his most legendary and memorable roles to survive and, in the process, discovers a reason to keep on acting — and develops a close friendship with Javi, even though he may be a ruthless killer hiding behind a charmingly dopey façade.

I’m not going to say how this works out. While Gormican and Etten don’t go out of their way to conceal their bigger secrets, there’s still a great deal of fun to be had in discovering on which side of the proverbial fence Javi resides. Identity is a big part of the proceedings, and I’m not about to spoil any of the bigger reveals the filmmakers somewhat attempt to conceal.

It is watching Cage and Pascal where the true magic lies. The pair have magnetic chemistry and make beautiful music together. Had this been nothing more than a Before Sunrise-type, dialogue-heavy drama of the duo walking around a sunny locale talking about everything from Vampire’s Kiss to Guarding Tess, that would have been perfectly fine with me.

There is a point where things get a bit more surrealistically serious. In the last third of the picture, the bullet and body count rise, and the action slides into the spotlight and pushes many of the comedic elements off to the side. While effectively staged and not without merit, this portion of the tale is far less interesting than the goofy bromance that came before it, and my interest did wane during the tire-squealing chaos.

But Gormican rights the ship nicely, supplying a climax that had me grinning ear to ear. Cage sells it all with superlative aplomb. His willingness to go for broke — while at the same time delivering on the emotional core of his character’s internalized journey to self-actualization — is sublime. The actor’s manic enthusiasm (at times in dual roles) is infectious, as is his yearning to be a decent human being and an even better father. Cage knocks it out of the park, making The Unbearable Weight of Massive Talent the triumphant culmination of a career that’s hopefully far from over. 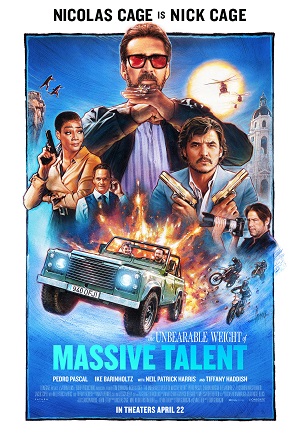