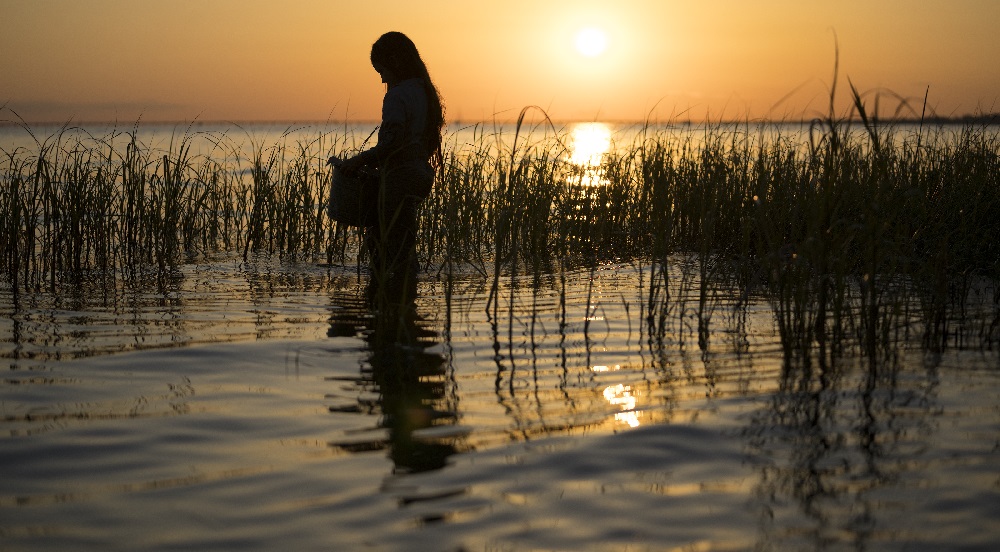 Kya Clark (Daisy Edgar-Jones), known to the citizens of the small North Carolina community of Barkley Cove only as “Marsh Girl,” has been arrested for murder. The red fibers of a hand-knit stocking cap link her directly to the victim, though everything after that is only supposition and innuendo. Nevertheless, public sentiment is against the young woman, and it will take nothing short of a miracle for her to be acquitted.

Retired defense attorney Tom Milton (David Strathairn) takes up the case. He knows Kya’s history, most notably how the supposed “good citizens” of Barkley Cove shunned and ostracized her, even when she was a little girl, living alone deep inside the marshland after she was abandoned by her entire family. He knows that she’s self-educated, having learned more about the local wildlife and plant species than even those who boast a college degree. He does not believe Kya is capable of murder. Even if she were, Milton is all but certain her actions would have likely been justified.

Viewed almost entirely in flashback, Where the Crawdads Sing is an old-school Southern melodrama told in big, broad brushstrokes. It wears its emotional machinations proudly on its sleeve. Based on the best-selling novel by Delia Owens and using a screenplay written by Beasts of the Southern Wild Oscar nominee Lucy Alibar, the latest by director Olivia Newman (First Match) aims high, hitting more targets than it misses. It is an entertaining weepie where the outcome is never in doubt — but getting there is the mesmerizing point. The plot builds to a heartrending conclusion that had me happily reaching for a handful of tissues on more than one occasion.

Newcomer Edgar-Jones commands the screen. She is both forceful and coy as Kya. The actor conveys a jittery uncertainty that belies an inner resilience that grows in confidence and strength as the film progresses. It’s the type of star-making turn that could easily vault Edgar-Jones into becoming a household name among younger viewers. She’s spectacular, and I’m confident we’ll be seeing bigger and better things from her sooner rather than later.

The bulk of the story concerns Kya’s two love affairs. The first is with Barkley Cove golden boy Tate Walker (Taylor John Smith); the second is with local rich kid Chase Andrews (Harris Dickinson). These dalliances play out pretty much as anticipated, and it’s safe to say that it turns out one of these two men isn’t who they pretend to be, while the other learns from their mistakes and becomes worthy of Kya’s affection.

It’s readily apparent who is going to be who. Even so, I’m not going to chance spoiling things for those who are unfamiliar with Owens’ source material. Besides, as integral to the plot as Tate and Chase are, this motion picture isn’t about either of them. This is Kya’s tale, whose growth as a fiercely independent woman is the central element around which everything else revolves. The men are only a tiny, if still important, piece of her journey, and Kya would find a way to live a happy life without either of them if need be.

Much like Jane Campion’s The Piano or Douglas Sirk’s Written on the Wind, time and place become characters in their own right throughout Newman’s adaptation. The North Carolina marshland of the 1960s breathes and evolves all on its own, its natural splendor concealing an eternal war between predator and prey in which one craftily becomes the other, thanks to the casual shifting of the tides or a random gust of wind. Cinematographer Polly Morgan (A Quiet Place Part II) allows her camera to take it all in with stunning specificity, lending the visual aesthetic she creates a windswept lyricism that’s frequently haunting.

Not that I’d ever say Where the Crawdads Sing is as mind-blowing as those Campion or Sirk classics. As excellent as actors Michael Hyatt and Sterling Macer Jr. may be, the way their two helpful storeowners are depicted draws precariously close to magical racial tropes that should have been retired decades ago. Much of the stuff with Kya as a headstrong child (Jojo Regina) — notably the dissolution of her family, leading to her eventual abandonment — is a little rushed. As such, I had some difficulty believing she’d have been able to survive on her own as well as she does, and it’s only thanks to Regina’s beguiling tenacity that I didn’t tune out of the picture early on.

I’m so glad I didn’t. There is an undeniable power to Kya’s ordeal that held me spellbound. Even though I had a good idea where things were headed, that does not mean I wanted to look away from the screen and focus on something else. Owens does a splendid job of bringing Where the Crawdads Sing to life, subtly dolling out clues to Kya’s guilt or innocence in the same way she deftly parallels the woman’s struggles with the ever-changing natural majesty of the marshland she so dearly loves. 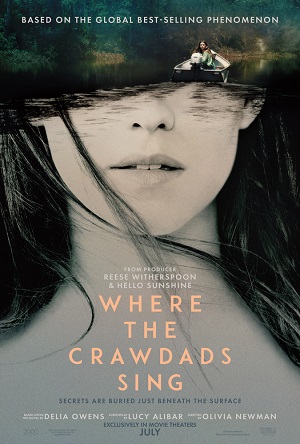