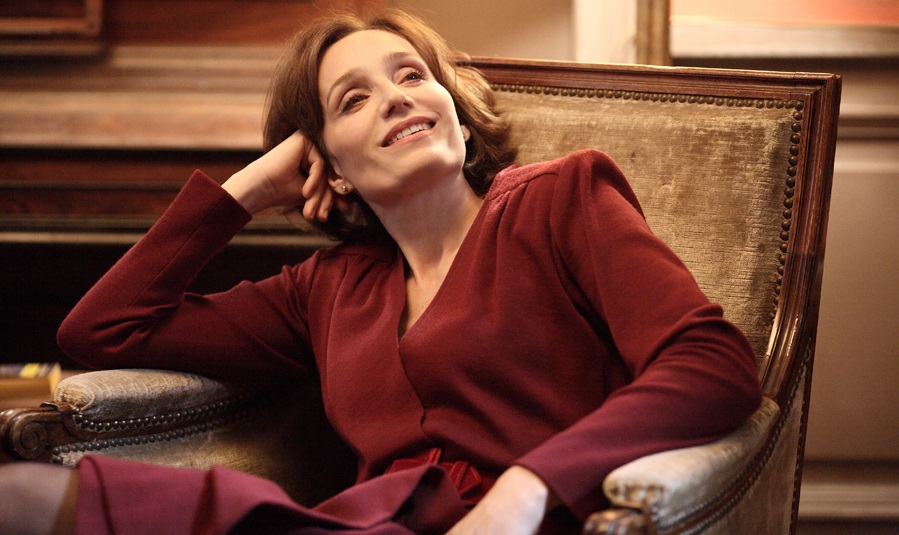 Stupefying Woman in the Fifth an Ephemeral Bore

Novelist Tom Ricks (Ethan Hawke) has come to Paris to be the father he never could back in New York and the husband he violently refused to be when he previously had the opportunity. But his estranged wife Nathalie (Delphine Chuillot) wants nothing to do with him, immediately calling the police when she discovers he’s arrived in the city, fearful of what he might do to both her and their daughter Chloé (Julie Papillon) if given the opportunity.

With few options, he disappears into the city’s underbelly, hoping to prove he’s a changed man to both the authorities and to Nathalie by taking an apparently unimportant job for a suspicious hotel proprietor Sezer (Samir Guesmin) doing the most menial of tasks. He also starts to investigate Paris itself, going so far as to make the acquaintance of an English-speaking bookseller who invites him to a posh literary party where he ends up meeting the elegant and mysterious Margit (Kristin Scott Thomas).

Nothing is as it seems in Pawel Pawlikowski’s (My Summer of Love) strange, surreal and bizarrely ephemeral thriller The Woman in the Fifth. Why is Tom really in Paris? Is he a threat to Nathalie and Chloé? Does his work for Sezer involve criminal activity? And who exactly is Margit? Why does she require Tom to meet her only at certain times of the day? Is she as astute an artistic muse capable of fueling his prose-filled passions as she proclaims? Or is she something more? More importantly, like the ancient Sirens of Greek mythology, is she only interested in leading Tom to his doom and nothing more?

Having never read Douglas Kennedy’s book on which the movie is adapted from, I have no idea if these are the same questions put forth within the source material and, if so, whether or not the author chose to answer them or instead leave the solutions up to the reader to figure out on their own. What I do know is that Pawlikowski has no intention to answer any of them here, the filmmaker leaving things completely up to the viewer to decipher each and every step of the way. There are no solutions, no easy answers, everything so up in the air the effect of all this emotional chaos is honestly rather stupefying.

Worse, the movie is a colossal bore, moving round and round in nebulous circles that increasingly drove me crazy. The proceedings move like molasses oozing over a cobblestone floor, each crack and crevice filling up with the substance with all the urgency of snail attempting to waltz backward. Pawlikowski is so intent on crafting a dreamlike atmosphere that he forgets to populate his story with interesting characters, discernible motivations or narrative urgency. Sure some of the characters get a little sweaty, and yes they worry about their survival, the right versus wrong of their actions and how others might perceive all they are doing. But none of it adds up to anything worthwhile, and because of this I personally found watching the picture close to impossible.

There’s not a lot to add. I applaud Hawke for going out on this limb, and any chance to watch the still sensuous Scott Thomas smolder seductively is certainly something to savor. But overall The Woman in the Fifth is as coldly obtuse and emotionally distant as anything I’ve had the misfortune to come across this year. Pawlikowski’s latest didn’t do anything other than anger me, disgust and disdain the primary feelings I felt as I unhappily made my way back home after exiting the theatre. 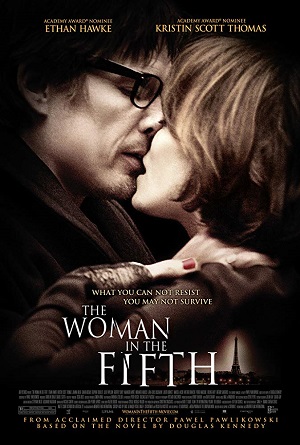