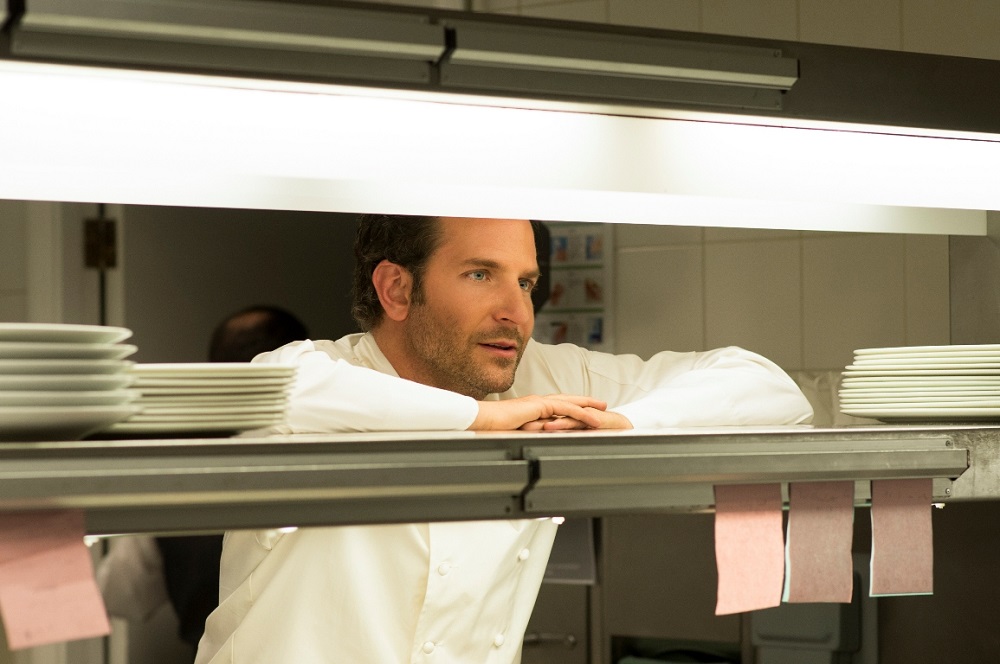 Chef Adam Jones (Bradley Cooper) was once the toast of Paris, receiving two Michelin stars for his inventive culinary creations. But he blew it, indulging in sex, drugs and booze to such an extent he terrorized his coworkers, destroyed friendships and ruined the restaurant his closest ally Tony (Daniel Brühl) sunk his own money into trying to make it a success. Adam destroyed everything, running back to the United States in a quest to kick his addictions, forcing himself into seclusion shucking a million oysters at a faceless New Orleans eatery as a form of penance for all his past sins. 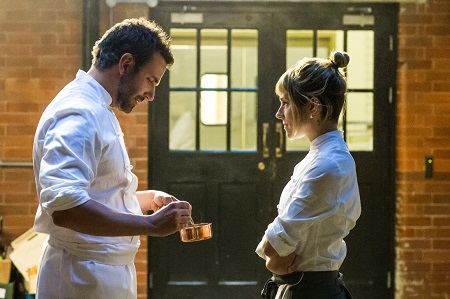 Now he’s back, heading to London to reunite with Tony in order to convince him to turn over his new restaurant to him. Assembling a crackerjack team, including his former sous chef Michel (Omar Sy) whom he royally did a number on in Paris but desperately wants to make amends with, Adam is ready to go after his third Michelin star, this time sober. Yet the world of high-end cuisine has changed in the years he was gone, and this world-renowned chef is going to have to adapt with the times or face ruination. He finds inspiration in up-and-coming sensation Helene (Sienna Miller), the pair finding a symbiotic way to work with one another that could lead both to the doorstep of culinary preeminence.

On a number of levels Burnt is just fine. I like the fact that veteran Steven Knight’s (Locke, Eastern Promises) script drops the viewer right in the middle of Adam’s story, refusing to spend a great deal of time on the recovering addict’s backstory choosing only to focus on what he is attempting to do in the here and now. He also seems to have a solid grasp of this international world of culinary excellence, treating the respective chefs shooting for Michelin magnificence almost as if they were heavyweight boxers duking it out in the ring. It gives the film an energetic feel that’s all-encompassing, making it exceedingly easy to watch start to finish.

While that’s all well and good, there’s still no hiding that not a lot happens here that doesn’t follow a somewhat tired playbook. It is never in doubt where any of this is going to end up. There is now question as to how Adam and Helene’s relationship is going to evolve. There are no shocks as to what kind of obstacles are going to be needed to be overcome in order for the chef to find the sort of redemption he is aiming for. Sure some of the individual moments in and of themselves might be a little out of left field or come from a direction that’s not entirely anticipated, but they are sadly few and far between, the actual outcome never in doubt at any time.

What’s really crazy is just how nonchalant much of this is, how prim and proper. Heck, if you were to cut out all the four-letter words that Adam is prone to screaming and shouting, it’s very easy to imagine the film premiering on PBS right after “Downton Abby,” the stiff-upper-lip Britishness of it all feeling vaguely made-for-TV. John Wells directs with the same basic, steadily even-keeled hand he brought to films like August: Osage County and The Company Men, not to mention television favorites like “E.R.” and “The West Wing,” and that’s perfectly fine. But, just as importantly it’s nothing a heck of a let better than that, either, and as solid as much of this is it’s just as equally difficult to get excited about any part of the story being told as well.

It does not help that, as good as well-constructed as much of the central stuff revolving around Adam, Helena and, to a lesser extent, Tony might be, a lot of the periphery happenings aren’t nearly as strong or as interesting as necessary in order for the film to make a deeper, more long-lasting impression. A subplot involving a rival chef played by Matthew Rhys begins promisingly enough before lapsing into unnecessary cliché, while central dynamics involving Michel don’t work near as well as one hopes they would have. Wasted entirely are Emma Thompson and Uma Thurman, both showing up in thankless roles allowing them little room to maneuver, making their appearances more frustrating as to their misuse instead of anything even slightly positive. 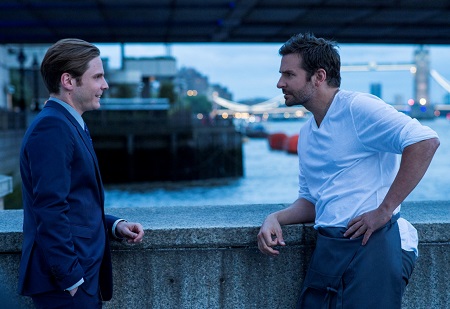 But Cooper is spectacular, delivering another superlative performance that’s every bit as nuanced and as complex as his Oscar-nominated turns in Silver Linings Playbook, American Hustle and American Sniper. Better, both Miller and Brühl are up to the challenge of matching him step-for-step, the two actors taking what could have been relatively stock, rudimentary characters and giving them depth, nuance and complexity I found fascinating. Even Sy, as thinly constructed as his sous chef Michel might be, makes the most of every opportunity granted him by Knight and Wells, delivering on the promise showcased in The Intouchables with impressive aplomb.

All of which makes Burnt an intriguing misfire that’s impossible to dislike yet difficult to fully embrace. I appreciate what Knight and Wells are attempting, like how they desire to tell a story from the middle in, not wasting a lot of time recounting events we don’t need to know a lot about. But the basics, the core of what is transpiring? It’s all too familiar, too rudimentary, and while the kitchen they’re working in is top-of-the-line the meal they ultimately prepare isn’t that much better than a Denny’s breakfast left under the heat lamps a few minutes too many.