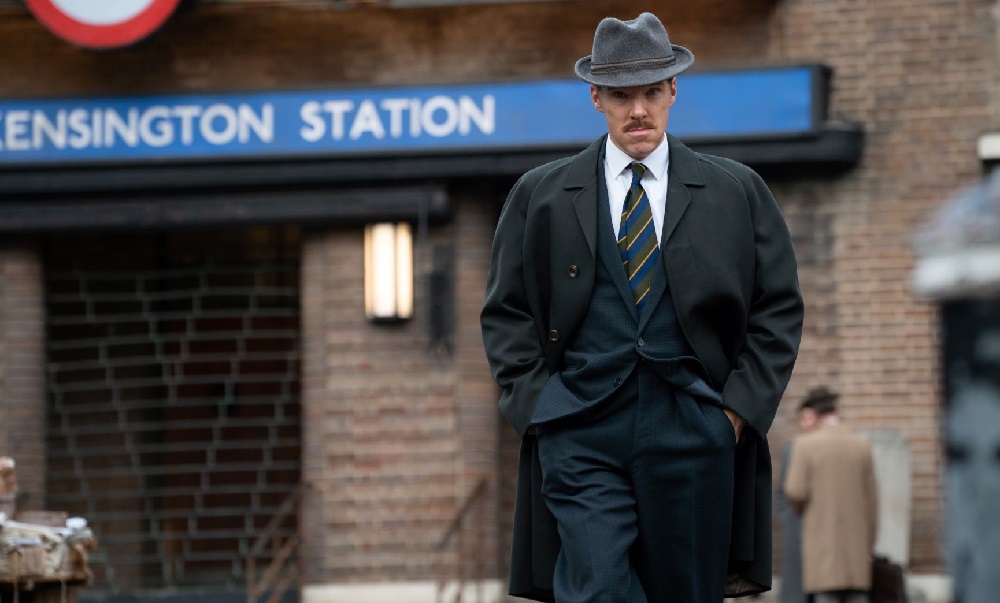 Greville Wynne (Benedict Cumberbatch) is an unassuming businessman living in London with his wife Sheila (Jessie Buckley) and son Andrew (Keir Hills). He is approached by British government official Dickie Franks (Angus Wright) with what he assumes is a proposal involving Wynne’s contacts in Eastern Europe. He is wrong.

Franks is not an anonymous government stooge. The woman he brings with him to their lunch, American Emily Donovan (Rachel Brosnahan), is not a random interested party. Instead, the duo would love it if Wynne expanded his operations to include the Soviet Union. They’d like it even more if he were to become friends with former Russian general and high-ranking official in Nikita Khrushchev’s government Oleg Penkovsky (Merab Ninidze).

The Courier is a Cold War spy thriller that outlines critical events preceding the 1962 Cuban Missile Crisis and shines a spotlight on the friendship that possibly helped circumvent WWIII. Greville Wynne was an ordinary nobody thrust into an extraordinary situation. He became a trusted confidant to Penkovsky, Wynne couriered secret information to MI6 and the CIA for years, including detailed documents outlining potential missile placements in Cuba. Those installations would be famously photographed by an Air Force U-2 spy plane in October of ‘62.

Director Dominic Cooke (On Chesil Beach) trusts Tom O’Connor’s (The Hitman’s Bodyguard) literate script to do most of the emotional heavy-lifting, the filmmaker showing laudable restraint as he progresses the story forward to a conclusion. No matter how perilous the situation for Wynne and Penkovsky becomes, Cooke doesn’t clutter things up with any superfluous editing tricks, visual shenanigans or overbearing musical queues.

This gives the thriller a ‘60s-style aesthetic similar to Martin Ritt’s classic The Spy Who Came in from the Cold. Considering the subject matter, the setting and the characters this was definitely the way to go. Cooke understands this is a showcase for his actors, the growing friendship between Wynne and Penkovsky the key element from which suspense will inherently blossom once events start spiraling out of their control.

The entire cast responds magnificently to the director’s challenge, each piece of the ensemble delivering terrific work. Buckley takes what could have been a throwaway role as the stay-at-home wife and makes magic out of it, a scene between Sheila and her husband near the end ripping my heart out of its chest. Veteran Wright has several sensational moments, and frequently I found myself wishing his character was more involved in the proceedings. As for Brosnahan, the actress is sublime, and after “The Marvelous Mrs. Maisel,” I’m Your Woman and now this, I’m starting to suspect there’s nothing she can’t do and no part she wasn’t born to play.

As great as all of that is, make no mistake, this is Cumberbatch and Ninidze’s party and everyone else should be content and thankful they were invited to attend. Both men are stunning, digging deep and doing delicately nuanced work that continually surprised me. They make Wynne and Penkovsky leap off the screen, the burning intensity of their relationship a thing of spellbinding beauty. By the time the two men reach their climax together, my heart almost burst from the intimate purity of this final moment of selfless understanding.

The first two-thirds work a little better than the last third does, tension oddly subsiding right at the point it should have been amplified to an unbearable nth degree. Still, this is also when Cumberbatch, Ninidze and Buckley do some of their best work, while in the same breath composer Abel Korzeniowski’s (Nocturnal Animals) almost invisible score sneakily wormed its way under my skin with startling majesty.

I didn’t know a lot about Greville Wynne’s story. I did know a little about Oleg Penkovsky and his importance during the Cuban Missile Crisis, but only the basics, nothing more. As such, I can’t say how historically accurate O’Connor’s screenplay is and have no idea where he’s playing fast and loose with the facts.

Not that it matters. Cooke directs with confidence, and even if certain elements have been fictionalized or streamlined (Emily is a gender-flipped composite of multiple CIA Agents, for instance), the foundation this story is built upon is solid. The Courier feels authentic, and that’s what matters, Wynne’s everyman journey into the unimaginable the trip of a lifetime. 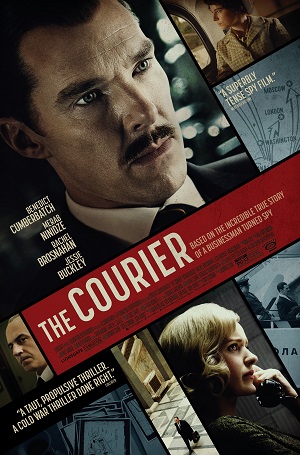