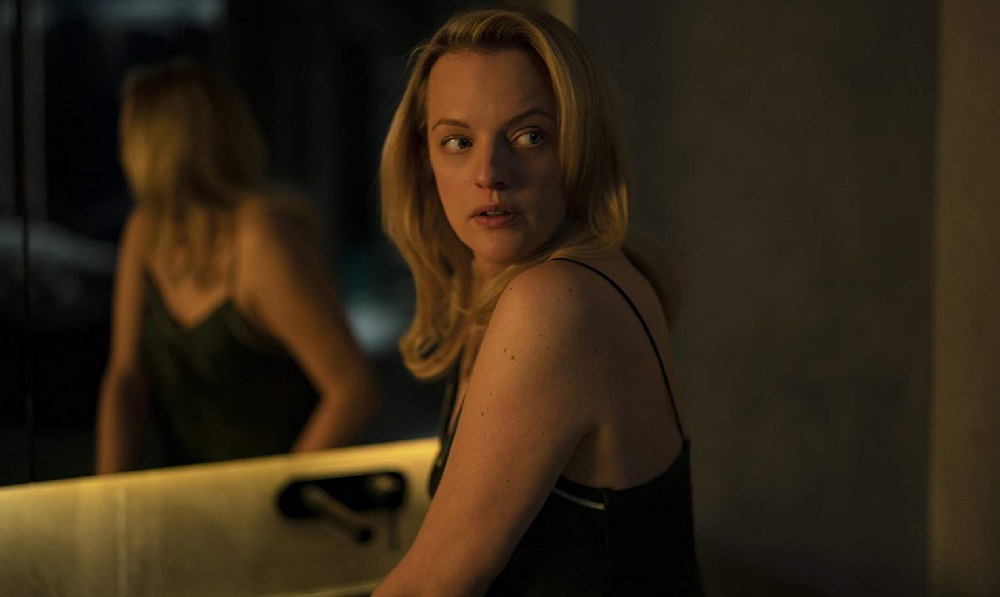 Cecilia Kass (Elisabeth Moss) has escaped. In the dead of night, and with the aid of her perplexed sister Emily (Harriet Dyer), the young woman has made it out of her controlling and abusive millionaire tech entrepreneur boyfriend Adrian Griffin’s (Oliver Jackson-Cohen) secluded estate in one piece. She’s shaken. She’s emotionally unstable. She has trouble leaving her good friend James Lanier’s (Aldis Hodge), a devoted single father and a veteran detective working for the San Francisco police department, house to go check the morning mail. But for the first time in ages Cecilia is starting to feel safe, and that’s all that truly matters.

Considering how confidently domineering he was, Cecilia is shocked to learn of Adrian’s suicide. Things get even stranger after she meets with his estranged lawyer brother Tom (Michael Dorman). He informs Cecilia that Adrian’s left her a fortune, a financial windfall to be deposited in monthly $100,000 installments as long as a few simple stipulations are met. She can’t be charged with a felony. She can’t be ruled mentally incompetent. Other than that, Cecilia’s got nothing to worry about, Adrian’s death officially giving her license to retake control of her life.

With that, writer/director Leigh Whannell’s (Upgrade) ingenious, masterfully plotted The Invisible Man is off to the races. While the germinating seeds of both H.G. Wells’ original novel and James Whale’s timeless 1933 masterpiece are present, this is a fresh take on the story, one that feels bracingly topical in all the right ways. Even with the violence, even with the gore, even with the filmmaker’s background scripting horror favorites like Saw, Dead Silence and Insidious, there is little that is sensationalistic about his treatment of the material or his characters.

Whannell has gone back to basics crafting a grounded, deeply unsettling character-driven thriller. His film remembers that this is Cecilia’s story. She is the focal point. She is the one dealing with demons brought on by psychological and physical abuse. Her paranoia is valid, all of which makes the deaf ears listening to her pleas for help and understanding all the more heartbreakingly maddening. Cecilia knows what abusive controlling violence looks like even when it’s invisible to the naked eye because she’s experienced it first-hand, and to know the truth while those you care about and trust look on with disbelief is more than enough to drive even the most stable of individuals right to the doorstep of unrestrained psychosis.

This is what Whannell has done with Wells source material in a nutshell. By going in this direction, he transposes the madness from the person who has managed to make themselves invisible straight onto the shoulders of those they’ve decided to torment with their transparent gifts. It’s a fascinating juxtaposition, and by making this Cecilia’s narrative Whannell has reinvigorated the material. The titular character is an enigma, how they’ve come by such a power and what becoming impossible to see by the naked eye has done to them a purposefully vexing conundrum.

I love that about the film. By taking this approach Cecilia’s journey has real resonance and staying power. It also allows Whannell to tackle questions about power, sexism, misogyny and privilege in a sneaky and subtle manner that caught me initially unaware. There is true terror in watching this woman’s world fall apart brick by brick thanks to an unseen force she can’t hope to stop without the assistance and aid of those closest to her. The loneliness, the paralyzing self-doubt, the crushing belief that no one will believe what you have to say, the director explores all of this and more, giving his nifty little thriller an extra layer of gravitas that’s exhilarating.

Not that Whannell skimps on the thrills and chills just to make a few socially relevant cultural observations. Just the opposite. Once Adrian’s suicide is announced things kick into high gear. The director’s utilization of his frame is masterful and recalls the classics of Dario Argento, Mario Bava, Jacques Tourneur and Fritz Lang. Cinematographer Stefan Duscio (Jungle) utilizes a series of sly, shrewdly nimble elongated takes where his camera glides back and forth analyzing every inch of whichever room Cecilia might be in at any given moment. This visual uncertainty is cunningly discombobulating, the rising tension present throughout the film in large part due all thanks to this.

Sometimes things move, wobble or shift in some small, imperceptible way. Other times nothing happens at all. The constant sense of impending dread this generated was eerily sublime. Whannell and Duscio intelligently force the viewer to question everything they see. By the time the film’s visual effects wizards took control and this invisible assailant’s existence was no longer a question I still found myself wondering how much of what was happening was real and how much was my own imagination attempting to make it appear to be that way.

Then there is Moss. After giving the performance of a lifetime in Alex Ross Perry’s Her Smell, the talented actress follows it up with a turn here that’s every bit as complex, grounded and emotionally catastrophic. I could see the various ways Cecilia was continually fracturing at her core, the aftereffects of her torturous relationship with Adrian leaving lasting scars which are precipitously acerbated by the presence of this new unseen attacker. She allows insight into pained spaces of regret and recrimination that have festered into unhealthy wounds that left unchecked will lead to corrosively self-destructive tragedy. But Moss also slyly showcases the resilient warrior lying dormant within this young woman, Cecilia’s determination to finally allow her to be free the key to whether or not she’ll be able to survive this ordeal and keep her friends safe from harm.

I liked what Whannell did with Upgrade. It felt electrifyingly alive, and even as cartoony as that action-horror-science fiction hybrid could be, it still made me excited to see what the filmmaker had up his sleeve next. Even so, I was still unprepared for just how terrific The Invisible Man was going to be. It is next-level stuff that signifies his arrival as a talented storyteller who has an innate ability to take seemingly tired concepts and ideas and make them feel original and contemporary. This is a great movie, one I dare say come the end of the year I’ll still be rapturously crowing about. 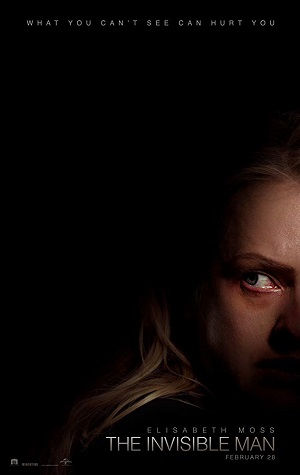