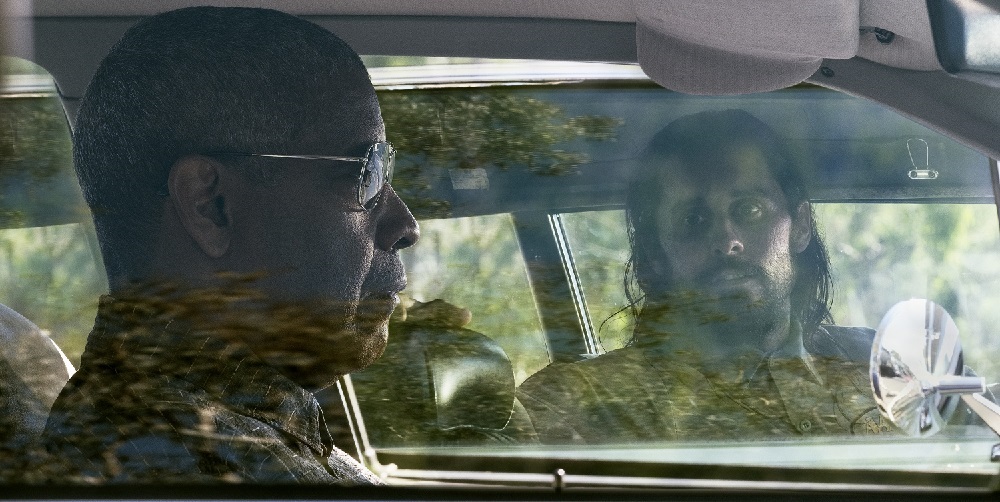 Kern County Sheriff’s Deputy Joe “Deke” Deacon (Denzel Washington) isn’t pleased about heading back to Los Angeles. Once he was a decorated L.A. homicide detective, but for a variety of tragic, deeply personal reasons, he left for a quieter life policing relatively minor crimes outside of the city. There are too many memories lurking in the underbelly of the City of Angels, and Deke isn’t excited about revisiting a single one of them.

Now, back for the first time in years to pick up some evidence and nothing more, Deke is needled by young, cocksure Detective Sergeant Jim Baxter (Rami Malek), a rising star in the L.A. County Sheriff’s homicide department. He convinces the former detective to join him in visiting a particularly heinous crime scene, one that has all the earmarks of a vicious killer who has been terrorizing the city for quite some time now.

Save what happens during its climactic act, most of what follows next in writer/director John Lee Hancock’s (The Rookie, The Blind Side) 1990s-set mystery The Little Things won’t catch many viewers by surprise. Owing a giant debt to David Fincher’s Se7en and a lesser one to any number of noir thrillers from the 1940s and ‘50s, mutual respect grows between Deke and Baxter as they unofficially join forces to catch this killer. They encounter the sinister Albert Sparma (Jared Leto), a morbidly curious and creepily intelligent refrigerator repairman who appears to enjoy being the pair’s chief suspect to be this murderous psychopath.

Stunningly shot by Oscar-winner John Schwartzman (Seabiscuit) and unnervingly scored by Thomas Newman (1917), Hancock does a fine job crafting a malignantly gripping aura that permeates the proceedings start to finish. He also superbly sets up Deke, allowing Washington the freedom to bring the veteran law enforcement officer to life in a variety of subtly disquieting ways. The director also appears to be having a terrific time toying with the audience as it pertains to Sparma, rarely overplaying his hand as he attempts to keep people guessing whether or not this maniacal manipulator is the killer Deke and Baxter are hunting.

All of which makes the overall lack of originality during the first two-thirds of the film noticeably frustrating. As a relationship tale between Deke and Baxter, one intent on showcasing their similarities and differences – but equally committed to detailing how dedication can morph into a form of psychologically crippling obsession – I can’t say Hancock digs as deeply as he could have. His observations are rather obvious, making it hard to care if Baxter will end up following Deke down a similar self-destructive rabbit hole that left him a shell of his former self and led the detective to exile himself to the isolation of small-town nowhere.

Even so, the final act is rather sublime. Taking a page from George Sluizer’s 1988 Dutch stunner The Vanishing, the story heads to an almost entirely unexpected location, making the ambiguity of Sparma’s malevolent intentions as they pertain to Deke and Baxter a catalyst to an even more insidiously cataclysmic self-administered tragedy. Hancock twists the knife and takes the audience down a noir path where the line between hero and villain disappears, doing so with an intensely focused flourish that’s wonderful.

Washington is outstanding, his initial insecurity gradually giving way to a ferocious sense of purpose that’s uncomfortably thrilling. Malek took some time for me to warm up to, but once I did, I found his performance cagily captivating, Baxter inadvertently digging a grave for the killer that he was more likely to fall into than his adversary was. Both actors achieve a lived-in, hardscrabble chemistry that’s forged in the fires of unimaginable bedlam and heartrending chaos, Washington and Malek giving everything they’ve got every step of the way.

As for Leto, this is as love-him-or-hate-him as the Dallas Buyers Club star gets. His chillingly mannered work as Sparma is going to rub a lot of people the wrong way, and even though I found what the actor was doing to be rather excellent, I can’t hold it against anyone who ends up feeling the opposite. Everything Leto did worked for me, and it’s clear Hancock gave him the leeway to make all of the character’s peculiar, idiosyncratic vocal cadences and ungainly physical movements his own.

Is that enough for a recommendation? I’m honestly having a fair bit of trouble coming up with an answer to that question. There’s plenty to love about Hancock’s latest, including a bleakly nihilistic climax that legitimately caught me unawares. But the initial plot dynamics are hardly revelatory, much of the director’s script covering overfamiliar territory with little in the way of imagination or nuance. For a film obsessed with nailing every minute detail, it’s those small missteps that make The Little Things a vexing conundrum, and for the life of me I haven’t the first clue as to how big a thing that will be for viewers who decide to give this thriller a look. 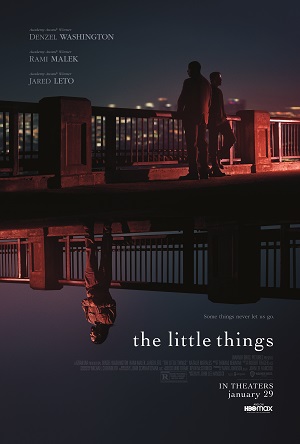