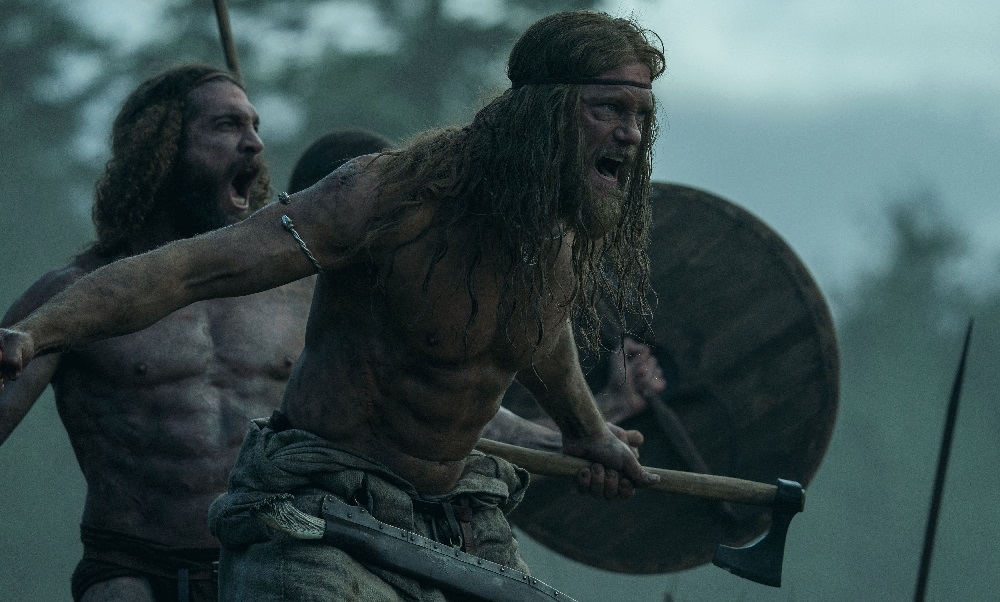 Based on a piece of Norse mythology that inspired William Shakespeare’s Hamlet, Robert Egger’s brutal, mud-splattered Viking saga The Northman showcases the talented The Witch and The Lighthouse filmmaker at the top of his creative game. This is a suitably violent revenge epic, one overflowing in striking imagery and impressionistic flights of surrealist fancy that frequently impress.

But the film, as strong as it may be, is equally not always the sum of its impressive parts, the overall simplicity of its story making the 136-minute running time noticeably onerous. A sensory triumph more than it is an emotional one, this is nonetheless an enthralling endeavor, everything building to a crushing finale of senseless masculine bravado that’s as gut-wrenchingly beautiful as it is tragically heartbreaking.

For two decades Prince Amleth (Alexander Skarsgård) has been living in seclusion in the hopes he will return to his homeland to avenge the death of his father King Aurvandil War-Raven (Ethan Hawke) at the hands of his uncle Fjölnir The Brotherless (Claes Bang) and rescue his kidnapped mother Queen Gudrún (Nicole Kidman). When he learns that the clan has moved to a desolate stretch of Iceland, living in the shadow of a malevolent volcano, Amleth smuggles aboard a ship and disguises himself as a slave slated to work on his uncle’s farm.

While there he joins forces with the beautiful Olga of the Birch Forest (Anya Taylor-Joy), a cunning Slavic slave who claims to have the power to warp the minds of men. The two quickly fall in love, their unbridled passion forcing Amleth to reconsider his plans for revenge.

Costing a reported $90-million, every dollar of the production budget is up on the screen. Egger and his crack technical team, most notably production designer Craig Lathrop (The Empty Man), costume designer Linda Muir (Exotica), and director of photography Jarin Blaschke (Down a Dark Hall), have done an exquisite job of breathing life into this 10th-century world. The film also features unsettlingly flawless sound design, seamless visual effects, and a masterful score, composers Robin Carolan and Sebastian Gainsborough delivering musical compositions that euphorically reverberate from one corner of the auditorium to the other.

All the same, those expecting a brawny Viking-era twist on 1982’s Conan the Barbarian or 1958’s The Vikings will have another thing coming. While the violence is harsh, the swordplay fierce, the nudity rampant, and the action furious, Eggers is by nature an introspective filmmaker who likes to take his time. He attempts to get to the nuts and bolts of a character and find the byzantine quirks that make them tick.

Along with his co-writer, the famed Icelandic author Sjón (Lamb), the director wants the viewer to feel drenched in the same mud, guts, and feces Amleth often finds himself covered in. Eggers wants this world to come alive. He wants his audience to live inside of it the same way all of his characters are.

Even the fantastical bits, the flights of metaphorical supernatural fancy where the angry, vengeance-seeking prince learns more about his fate from an ethereal witch-like creature (stunningly brought to life by Björk in an all-too-brief cameo) are played with cold solemnity. But while this does allow Eggers the freedom to make this world concrete and authentic in a manner a more salicaceous presentation never could, it also creates a strange distancing effect that lessens the emotional connection between the viewer and what is transpiring in the theater.

This is unfortunate because the melodrama is ripely theatrical in ways that should be inherently gripping. This is a larger-than-life world populated by even bigger characters. For Amleth, nothing in Fjölnir’s kingdom is what he expected it was going to be. While he is willing to kill just about anyone – especially those standing in his way of achieving his ultimate goal – circumstances regarding both his new love Olga and his kidnapped mother Gudrún suddenly have him second-guessing himself.

But while the performances are outstanding, Kidman and an unrecognizable Bang are particularly strong, I can’t say I grew attached to any of these people long enough to care about who would live or who would die. Save for a shocking moment near the end transpiring minutes before the savage climax between Amleth and Fjölnir hacking it out to the death wearing nothing but their birthday suits at the base of the volcano, nothing here caused me to gasp. Each narrative beat was oddly perfunctory, and that this isn’t fatally problematic is a testament to Egger’s directorial skill as well as the confident determination of his talented all-star ensemble.

Is the movie worth seeing? Yes. Unquestionably. I can say that with zero hesitation. Yet, even though a visual marvel that is also a primal, poetic journey into the ancient past, Eggers’ latest still failed to engage with me the same way his two previous, equally ambitious cinematic endeavors did. I’m enamored with large chunks of The Northman, and I do urge interested parties to give it a look, but whether or not I’ll choose to give it another go myself is an open question I’m at the moment unwilling, maybe even unable, to truthfully answer. 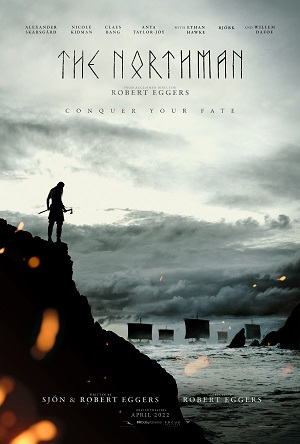