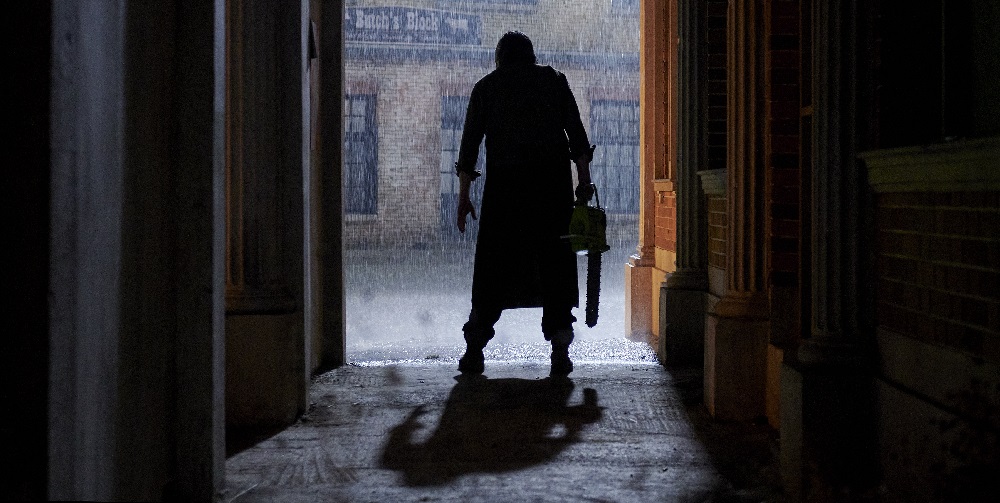 Texas Chainsaw Massacre is following the same storytelling path as 2018’s Halloween. That box office and critical smash, directed by David Gordon Green and returning Jamie Lee Curtis to the franchise that made her a star, was a direct sequel to John Carpenter’s iconic 1978 original. It picked up the story of Laurie Strode 40 years after her first encounter with Michael Myers as if none of the events of Halloween II, Halloween 4: The Return of Michael Myers, Halloween H20, or any of the other films in the series ever happened.

This is the template director David Blue Garcia and writers Chris Thomas Devlin, Fede Alvarez, and Rodo Sayagues have chosen to emulate here. Their tale picks up after the events of Tobe Hooper’s timelessly terrifying 1973 original The Texas Chain Saw Massacre. The sequel features a new group of youngsters visiting the small town of Harlow, Texas, now a rundown shell of its former self. It also boasts the resurrection of Sally Hardesty (Olwen Fouéré, taking over for the late Marilyn Burns), the sole survivor of the events from 49 years ago and a former Texas Ranger who has spent much of her career hunting the elusive Leatherface.

That means Hooper’s own — and quite maniacally brilliant — 1986 sequel The Texas Chainsaw Massacre 2 never happened. Neither did either of the next two sequels. Or 2013’s Texas Chainsaw 3D, which also posited that none of the sequels took place. For that matter, neither did 2017’s sorta prequel Leatherface, elements of which are highly unlikely to have transpired, based on what happens in this film.

However, unlike the new Halloween, which had a sharp script and took its legacy characters in new, emotionally authentic directions, Texas Chainsaw Massacre only offers up the slimmest thread of an idea and then does little to make it substantive. Worse, much like with the pair’s scenario for Don’t Breathe 2, in which Alvarez and Sayagues attempted to rehabilitate an unredeemable character, here they fashion a narrative backbone out of hot-button cultural issues and then contort themselves into knots while doing something ghastly with them.

What is that plot? Young chef Melody (Sarah Yarkin) and her energetically optimistic business partner Dante (Jacob Latimore) have purchased pretty much all of Harlow, a once-thriving town that has all but vanished off the face of the map over the past four-plus decades. They are joined by her teenage sister Lila (Elsie Fisher) and his bubbly girlfriend Ruth (Nell Hudson), all four preparing the downtown core for a busload of potential investors who will bid on the vacant properties at an auction.

Not all of the storefronts and buildings are as empty as they appear, though. Mrs. Mc (Alice Krige) still calls the local orphanage her home, and even if there are no longer any children scurrying around the halls and playing in the empty rooms, there is a large beast of a man (Mark Burnham) who acts as her caregiver and protector. When Dante forces the local police to evict the old woman, things take a tragic turn, leading to a night of violence beyond anything these youngsters could have imagined.

So the man staying with Mrs. Mc is obviously Leatherface, and the little handheld machine he has hidden in the walls of the old woman’s orphanage won’t surprise anyone. I’m also not going to go into how Sally Hardesty enters into this other than to say she shows up roughly a little over halfway through to exact her revenge, while also trying to save the survivors from being sliced and diced.

Based on Evil Dead and the first Don’t Breathe, Alvarez and Sayagues do know how to unleash memorable carnage. Texas filmmaker Garcia was brought on to helm the project, and it’s pretty clear the director’s style and talent for stylistically shot mayhem fits the material nicely. Leatherface’s first attack inside a police van speeding to the hospital is spectacular, culminating in a vicious final kill that had me squirming in my seat.

But the movie is unrelentingly dumb, most notably in how it explains — or rather doesn’t explain — exactly what Melody and Dante’s business plan is or what it is they are trying to do. There’s also how Leatherface, after the events of 1973, disappeared inside Mrs. Mc’s orphanage. That doesn’t seem like a particularly low-profile place for a gigantic granite block of a man sporting a chainsaw to peacefully hide out for almost 50 years with no one taking notice, especially when Sally has made it her life’s mission to seek him out.

Thing is, I could forgive all of this if Lila’s character arc had been handled better. She’s a survivor of a horrific Parkland-like school shooting, and the teen’s got the scar from the near-fatal bullet to prove it. The idea is that Melody is overprotective and doesn’t believe her younger sister is emotionally stable enough to take care of herself — which would be perfectly fine if Devlin, Alvarez, and Sayagues’ story and script took the time to cover any of that.

Instead, the plot seems solely manufactured to put a gun in Lila’s hands and see what happens next. That’s similar to Alexandre Aja’s terrific 2006 remake of The Hills Have Eyes. But where that film went out of its way to explore the murky emotional complexities of a pacifist picking up arms to save their loved ones, this has no idea what it’s trying to say about a child victim of school violence doing the same. There is an ugly cynicism to Lila’s journey that’s grotesque. It’s also undermined by a pointless shock at the end that makes everything she and her sister accomplish battling Leatherface moot, making me so angry I wanted to throw something at the screen.

Don’t blame the actors. Yarkin and Fisher give it all they’ve got, while Burnham is suitably menacing as the chainsaw-wielding Leatherface. Fouéré isn’t around as much as I thought she was going to be, but she still does a solid job. Even when Sally does some foolish things when she finally confronts the demon who has haunted her nightmares for decades, the actor still brings a tortured gravitas to her performance that’s compelling.

Not that it matters. The reasons Hooper’s original remains a groundbreaking classic are many, but the fact that it relies upon tension, character, and unrelenting psychological torment to generate fear above almost anything else is chief among them. It’s easy to forget that this first tale of Leatherface doesn’t have a lot of blood and guts; it’s mostly implied and left to the viewer to supply the gruesome extras.

As stupendously staged as the gore-drenched violence may be, this new Texas Chainsaw Massacre still turned my stomach for all the wrong reasons. I hated how it treated Lila, and I was even more upset with how it callously and superficially dealt with timely themes relating to gun violence in such an egregiously derisive way. Leatherface’s return disappoints, and I think it’s time to retire him and his motorized instrument of death for good. 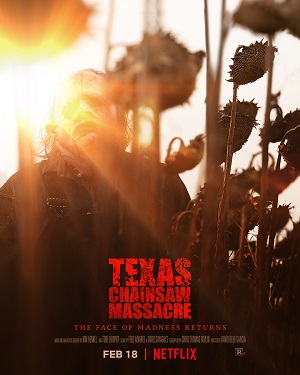