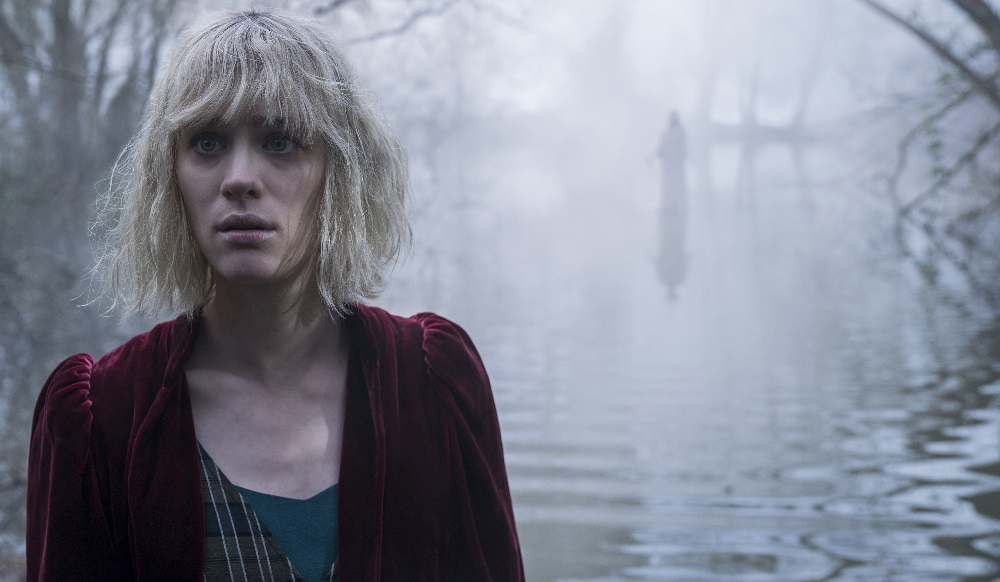 Working from a script via The Conjuring writers Chad Hayes and Carey W. Hayes, director Floria Sigismondi’s (The Runaways) moody gothic thriller The Turning is a 1990s-set reworking of Henry James’ 1898 classic The Turn of the Screw. This new version of the story is gorgeously shot by David Ungaro (Donnybrook), features superb production design from Paki Smith (In Fabric), excellent costumes by Leonie Prendergast (The Man Who Invented Christmas) and a strong score composed by Nathan Barr (The House with a Clock in Its Walls).

The film also has an ending that, to put it kindly, is ferociously underwhelming, the conclusion a bizarre mishmash of purposeful misdirection and ephemeral nonsense that’s as ghastly as it is exasperating. It’s almost as if Sigismondi and the writers are daring the audience to say nice things about their reworking of James’ source material, all goodwill the first two-thirds generate thrown unceremoniously on the trash heap for reasons I can’t begin to fathom. I don’t know what it is they are attempting to do or what feelings other than annoyance they are trying to generate, and I can’t help but imagine general audiences are going to be so angry by what transpires during the climax they’re likely to walk out afterward several levels beyond incensed.

This is too bad as Sigismondi’s adaptation has a lot going for it. Mackenzie Davis (who after Tully and now this has gotten the ethereal, vaguely supernatural cinematic nanny market cornered) stars as Kate Mandell. She’s taken a position as the governess for wealthy, recently orphaned seven-year-old Flora Fairchild (Brooklynn Prince) after her last nanny ran off in the middle of the night. Initially excited by the opportunity to play such a vital role in a young girl’s life, Kate quickly realizes not everything is as it seems. Also, not only is the family’s caretaker Mrs. Grose (Barbara Marten) strangely indifferent to the new woman’s presence, Flora’s 15-year-old brother Miles (Finn Wolfhard) has just arrived home from boarding school after being unceremoniously expelled.

But all of that is just the tip of the iceberg. Strange happenings are occurring insider the house and on the grounds of the massive estate. Flora is certain if she were to leave through the front gates she would instantly perish. Miles alternates between selfless kindness and lecherous self-destructive hatred. As for Mrs. Grose, she’s the epitome of the unhelpfully creepy housekeeper, sort of a gender-swapped Alfred only without the caring disposition or a single iota of charm or wit. Topping it all off? The estate is likely haunted, all of which makes for a distinctly psychologically unbalanced location to educate an impressionable youngster.

Initially there’s a lot to like about The Turning. Even though things start to go ominously wrong a bit too quickly in my opinion, that does not mean Davis, Wolfhard and pint-sized scene-stealer Prince, proving her mesmerizing turn in Sean Baker’s The Florida Project was far from a fluke, aren’t still outstanding. The trio work exceptionally well together, and I liked how they made each emotional transition from one second to the next feel so of the moment and entirely genuine. They are especially good during the film’s midsection where Kate is still trying to put all the pieces of this mysterious puzzle together and Flora and Miles are being mischievously cruel with their inexplicably ingenious trickery.

I also loved the portentous visual spell Sigismondi so effortlessly crafts. Not only does the director know how to unleash an effective and purposeful jump scare, but she also adds little discombobulating touches throughout that kept my pulse racing and my eyes fixed on the screen. A collection of mirrors is put to marvelous use, as are several other wraithlike clues hidden within the frame that hint to the bigger terror Kate is completely ill-prepared to deal with. It’s all pretty darn great, and for a while I began to think Sigismondi’s horror yarn had all the makings of being something memorably special.

Her film is memorable all right. Sadly, it’s for all the wrong reasons. While there are little hints sprinkled throughout that things aren’t necessarily going to fit together as well as I personally might have liked them to, little bookends involving Kate’s psychologically unbalanced artist mother Darla (Joely Richardson) living in a mental institution in particular, nothing prepared me for just how bonkers the final act was going to be. In trying to put their own spin on James’ source material, the Hayes siblings have come up with a climax that’s so vexing I’m having trouble expressing just how disappointingly distressing it ends up proving to be. As I’ve already stated, I can’t figure out what it is they are trying to say, and the unfinished nature of what it is they’ve come up with is inexcusable.

The Turn of the Screw was already transformed into one of the great horror tales of all-time with The Innocents starring Deborah Kerr and directed by Jack Clayton back in 1961. That movie wasn’t exactly overly reverential to the James story, either, and liberties certainly were taken as far as translating the author’s prose was concerned. But Clayton’s classic adaptation still maintained respect for the source material, and I never doubted for an instance that James’ themes regarding loss, identity, trauma, grief and childhood made it through to the screen intact.

For all of its many technical virtues, and even with the exemplary performances of its central trio, I find that I cannot say the same about The Turning. Based on the way it ends, I’m not so sure there’s very much of James left to be discussed and dissected. It feels to me that the goal of what the writers have done with their adaptation is to manufacture a twisted and terrifying shock no matter what the cost of doing so might be. What happens is completely disconnected from the entirety of the narrative that preceded it. It sent me out of the theatre scratching my head in disappointment, the terrible taste that was left in my mouth unlikely to dissipate anytime soon. 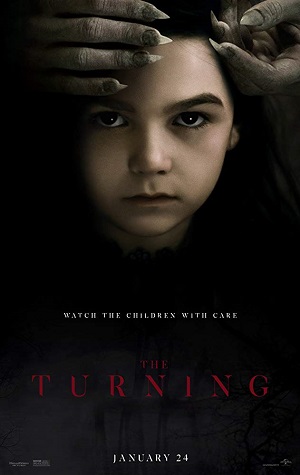