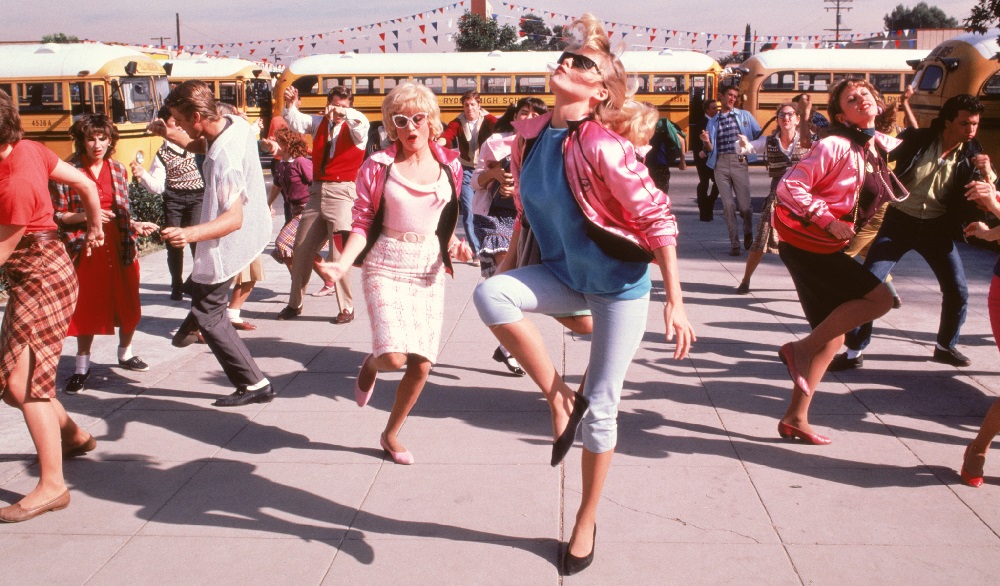 Grease 2: 40 years of wanting more than the boy next door with Michelle Pfeiffer and the Pink Ladies

NOTE: This feature originally appeared in the July 1, 2022 edition of the Seattle Gay News. It is reprinted here by permission of the publisher Angela Craigin.

I did not see Grease 2 when it was released during the summer of 1982. It didn’t interest me. I had watched the original Grease on television with my parents relatively recently. It was a big event as it was one of my mother’s favorites. If mom loved this one, it goes without saying that I would too, right?

Wrong. Sure the music was great, and what little kid doesn’t like the colorful absurdity of the “You’re the One that I Want” finale with John Travolta and Olivia Newton-John dancing and singing their mutual affection while making their way through all of those carnival rides? But this one just felt wrong to me. I didn’t like the characters. I didn’t like the relationships. It made me feel dirty, even if I was too you to know why that was.

There were other reasons I initially avoided this sequel like the plague. June of ’82 saw the release of Poltergeist, E.T. The Extra-Terrestrial, Star Trek II: The Wrath of Khan, Firefox, Blade Runner, and Megaforce, all far more exciting sounding motion pictures my adolescent heart was bursting at the seams to get a look at. Couple that with Gene Siskel and Roger Ebert’s vicious takedown of Grease 2 on their PBS television program and it’s no wonder I had no wish to give it a look. (John Carpenter’s now-classic The Thing was also released that month, but that was one of the rare R-rated motion pictures my parents refused to let me see, so sadly it wasn’t even on my radar).

Fast-forward a few years, probably around the time I was in sixth or seventh grade. I was at a neighborhood friend’s house. Her family had Cable, and we were playing a board game when Grease 2 randomly came on Showtime or HBO. She literally squealed in happiness. To her, this was the Best. Movie. Ever!, so suffice it to say, we were going to stop what we were doing and watch it.

I’m glad we did, because it’s safe to say my little mind was blown, and for the life of me I can’t fully articulate all of the reasons why. Does this sequel have any songs, even the enthusiastic, crowd-pleasing “Cool Rider,” that are half as memorable as those from the original? Do any of the actors give a boldly multifaceted performance equal to Stockard Channing’s as Grease‘s Rizzo? Is there any single element that is as oddly memorable as the sight of Danny and Sandy flying off into the heavens during the rambunctious climax?

The answer to those questions is an empathetic negative on all counts. Yet Grease 2 is the superior motion picture. It is a colorful cartoon, a silly lark that has more in common with a Busby Berkeley musical crossed with an episode of Scooby Doo, Where Are You! than it does with the 1978 favorite directed by Randal Kleiser. The film is shockingly empowering and delightfully feminist, and I’ll never forget sitting on the couch at my friend’s house discovering how wrong I was for dismissing it sight unseen for so many years.

I knew I was hooked the moment Rydell High class of 1962 senior – and current leader of the Pink Ladies – Stephanie Zinone (Michelle Pfeiffer in her first starring role) looked straight at the camera and said, “I ain’t no one’s trophy…I kiss who I want, when I want.” It’s an immediate declaration that director and award-wining choreographer Patricia Birch was going to tackle as forcefully and as directly as she could the blatant, overtly exaggerated misogyny at the center of the first film. This sequel would be as open-mindedly feminist as the filmmaker could get away with, and if it took playing things in broad, vaudevillian technicolor, so be it.

But Birch’s promotion to being the one calling the shots behind the camera is noticeable in a multitude of ways, not the least of which is the clear, athletically exhilarating staging of the dance numbers. She masterfully utilizes space, and this is clear during two of the film’s biggest sequences, “Back to School Again” outside Rydell High and “Score Tonight” inside a bowling alley. They are spectacular moments throughout, and from the staging to the performances to the cinematography, it’s clear Birch took her job seriously and ensured the sequel was visually engaging in ways the original frustratingly was not.

Most of the songs do leave something to be desired. As sizzling a hottie as he is, star Maxwell Caulfield (as British exchange student and Sandy Olsson’s cousin Michael Carrington) has trouble igniting the screen the same way his costar Pfeiffer does. They don’t have a ton of chemistry, and other than a sublime little moment in a diner discussing Shakespeare, hamburgers, and ketchup, there’s not a ton of heat in any of their scenes.

No matter. Pfeiffer’s “Cool Rider” number is an all-timer that presages her phenomenal, career-best work in 1989’s The Fabulous Baker Boys. Birch strips away any pretense that her sequel belongs to anyone other than the Pink Ladies, giving them agency outside of their T-Bird boyfriends, who here are depicted as single-minded nincompoops whose machismo is a ridiculous act. There is a gender-flipped gonzo goofiness to the film that was wildly ahead of its time in ’82 and, sadly, likely remains so today.

Does any of this make Grease 2 a misunderstood gem deserving of reevaluation four decades after it bombed theatrically with such nuclear forcefulness? I think so. There’s a reason the sequel has grown a passionate cult following, and it’s no wonder why viewers all along the gender spectrum are drawn to Stephanie, the remainder of her Pink Ladies, are happy to wait for, “a whole lot more than the boy next door.”

Everyone deserves to find their own Cool Rider, no matter who they are or what they are waiting for. Grease 2 believes that right down to its core, making it a forgotten, sex-positive and gender-affirming miracle that keeps burning me through and through.

Now celebrating its 40th anniversary, Grease 2 is available on Blu-ray for the first time from Paramount Home Entertainment and to purchase digitally on multiple platforms. It is also currently streaming on Paramount+. 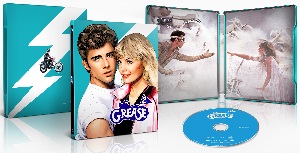