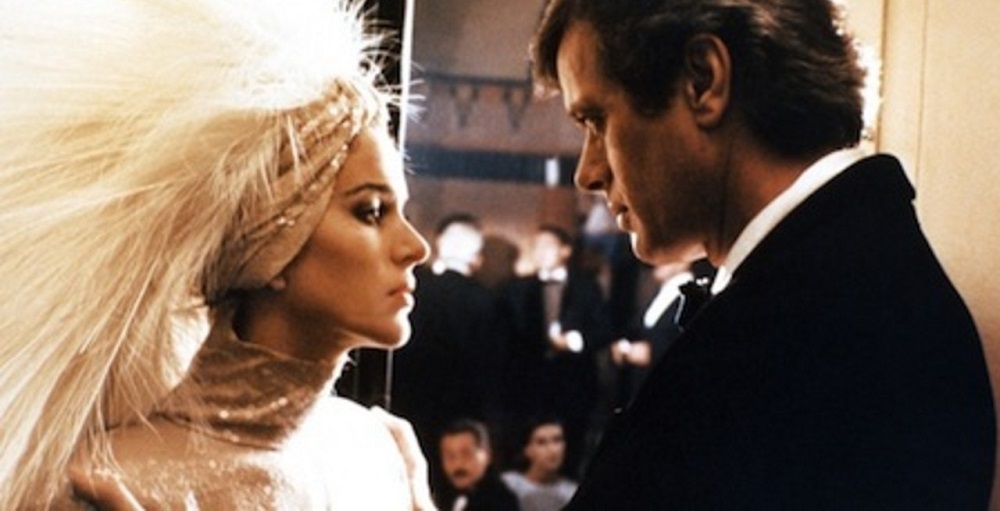 From Mascara to Boys Don’t Cry, the films that shape us are always a surprise

NOTE: This feature originally appeared in the April 2, 2021 edition of the Seattle Gay News. It is reprinted here by permission of the publisher Angela Craigin. Part Three of this series will appear in Friday’s edition (May 7, 2021) of the newspaper and online. It will be reprinted here at Moviefreak.com on June 3, 2021.

Mascara is this strange, maddeningly esoteric mystery-thriller from 1987 featuring the great Charlotte Rampling and the late Michael Sarrazin in key roles. It is a Eurotrash shocker primarily set inside an underground S&M club called “Mister Butterfly” where alluring drag queens lip-sync to a selection of well-known opera classics composed by the likes of Vincenzo Bellini and Richard Strauss. There’s also a glow-in-the-dark dress.

When I was 16 years old, I became obsessed with this picture. My local Hastings had a copy, and I’m pretty sure I was one of the only people who ever rented it. I knew it wasn’t good, and the plot concerning a deranged killer went nowhere. But having never watched an Andy Warhol or John Waters film up to that point, and having not yet progressed to the avant-garde wonderland of 1970s and ’80s German underground cinema I’d eventually discover in college, the alluring perversity of this endeavor fascinated me.

I think I checked that Mascara VHS out a good half-dozen times within a two-year period. Even though I haven’t watched it in at least two decades, there are scenes involving actresses Eva Robins (probably best known as the red-shoed woman in Dario Argento’s Tenebrae) and Romy Haag that are forever burned into my brain. It was the first time I’d seen Transgender performers (that I knew of) in a major motion picture (or at least major-ish — this was a Cannon Films production released by Warner Bros).

As a teen secretly and silently struggling with my gender identity, it’s hard to fully explain how titanically revolutionary this was. Mascara was the catalyst for me to start looking for the works of John Waters. It was because of this film I would learn about Candy Darling. It was because of this film I’d end up clandestinely seeking out hard-to-find copies of Myra Breckinridge (notoriously awful for good reason), The Christine Jorgensen Story (more boring and bland than it is exploitive) and, of course, Edward D. Wood Jr.’s immortal 1953 “classic” Glen or Glenda (which isn’t near as terrible as its reputation would lead most to erroneously believe). It also led me to Sleepaway Camp, a cult horror classic I adore (and almost made this list), but that’s a story for another day.

None of these titles I’ve mentioned made my list of 1,001 great films. There’s a John Waters flick that did make the cut (and there were two others, Hairspray and Desperate Living, that came close), but you’ll have to wait a couple of months for that one to be revealed.

I think this story is valuable for multiple reasons. The thing about cinema is that we do not know which efforts will stick with and shape us and which will fade away into the ether as if we never watched them in the first place.

Mascara, in its own, uniquely bizarre way, helped put me in touch with aspects of myself I was fighting to conceal. Much like the club at the center of the mystery was a venue of artifice and subterfuge, I was living a lie that was destroying me. While I didn’t exactly know what was going on, I had a decent idea, and movies like this one allowed me to explore who I was and what I was experiencing without anyone else being any the wiser.

There are films with Trans or Trans-related themes that did make my list, most notably one of this week’s titles, Kimberly Peirce’s Boys Don’t Cry. Groundbreaking at the time of its release, and becoming something of a surprise critical and awards-season sensation, the drama would go on to be nominated for two Academy Awards, and Hilary Swank would take home the Oscar for Best Actress for her blistering performance as teenager Brandon Teena.

It’s possible I wouldn’t have transitioned if I didn’t watch this film in 1999. Seeing Teena’s tragedy play out to its devastating conclusion forced me to put my own life under the microscope. What was I doing? Why was I slowly killing myself by not being my authentic self? What was the point? I’d gotten myself kicked out of the UW for poor grades. My girlfriend was helping me dress up secretly without anyone else knowing. I was working a dead-end job and barely writing. I was a mess, and there’s not a lot more to say on the matter.

In the two-plus decades since Boys Don’t Cry premiered, a lot has changed in regards to Trans representation in film. It’s undeniable that Peirce’s debut would look a heck of a lot different if it were made today. When looked at through a modern prism, there are elements of this drama that border on unintentionally sensationalistic. Additionally, as superb as Swank is, I don’t think it’s debatable that a Trans actor could have been even more extraordinary as Teena had they been afforded the opportunity.

I hope that when people appraise this list they do so with an open mind. Standards change. Perspectives, too. Cinematic language is sadly all-too-often evaluated through a primarily white cis male lens, and it is good that this is beginning to change. We need to be able to view pictures like Peirce’s and reasonably assess the elements that make them essential, while also still speaking authoritatively about their shortcomings and the facets that, in retrospect, could have been handled differently.

Boys Don’t Cry is hardly the only title on this list where we could have this conversation. Just this week I’ve included Blazing Saddles, But I’m a Cheerleader, Cabin in the Sky and Cabaret, all of which have components that, when viewed through today’s lens, have not aged particularly well. But they are all still great, and understanding what worked or what was acceptable in the 1940s, ’70s, and ’90s and why that wouldn’t (or shouldn’t) be the case now is all part of the edifying fun.

If you’d have told me when I was 16 that one of the most important motion pictures I’d ever watch would be a lurid piece of a sleazy European nonsense, or that at 25 a heartbreaking biopic about a murdered Trans teenager would change my life forever, I’d say you were lying. But Mascara and Boys Don’t Cry are two feature films that helped shape who I am today. I love them both, each in their own way, and as dated as they may be, I’m beyond thankful I was lucky enough to see them right at the precise moment I needed to most.

As a side note, if you’re interested in seeking out Mascara as far as I can tell it’s sadly out-of-print. Finding it is borderline impossible. If you do have a copy or know where to find one and would like to send it my way, I certainly wouldn’t tell you not to.

Of the 100 titles listed below, the oldest film on the list is Robert Wiene’s eerie expressionistic stunner The Cabinet of Dr. Caligari from 1920, while the most recent entry is Olivia Wilde’s divine female-driven teen comedy Booksmart from 2019. As for this month’s question, I’d ask this: What films helped shape who you are today, and would anyone be surprised by any of the titles on your list? 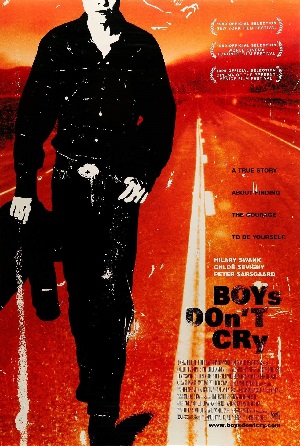