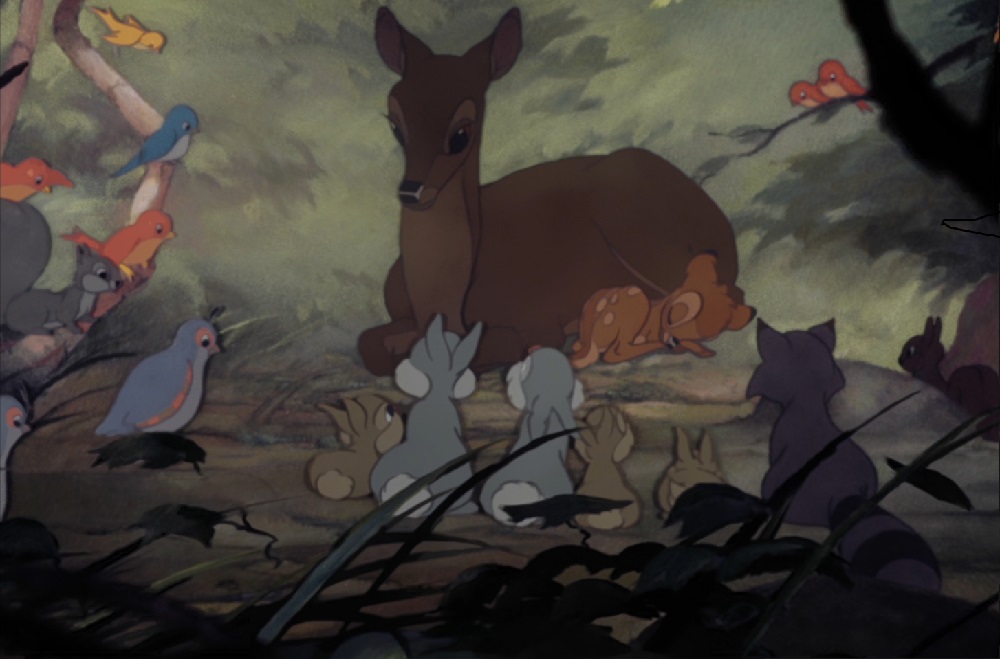 Bambi, The Thin Red Line and the enduring power of parental love

NOTE: This feature originally appeared in the November 5, 2021 edition of the Seattle Gay News. It is reprinted here by permission of the publisher Angela Craigin. Part Ten of this series will appear in Friday’s edition (December 3, 2021) of the newspaper and online. It will be reprinted here at Moviefreak.com in January of 2022.

When I came out to my parents, I did so in a letter. It was four pages, and I wrote long, ponderous circles about how sad I was to be “doing this to them” and that I’d understand if they “hated me” for keeping my truth from them for so long.

It was full of worry, not to mention a great deal of pain. But it also overflowed in hope and was a plea for understanding. I desperately wanted their acceptance, and I spoke of all the many adventures we had gone on together and the experiences we had shared, including the cinematic ones.

This includes my earliest memory of going to the theater. It was with my mother, and the movie was Bambi. There was a brief time when I was three years old where it was just the two of us living in a cramped apartment in Olympia. I don’t recollect a lot about those days — how could I? — but vivid snippets stick with me.

Sharing ice cream with Mom on a waterfront dock. Afternoons at my great-grandmother’s house trying to climb up on the piano bench to bang on the keys. My soon-to-be-new-father — and happily the only dad I’ve ever known — driving up to our place in his blue Chevy Nova, revving the engine while he waited for Mom to come outside.

Most of all, I recall going to the movies. According to Mom, there was a time Olympia’s Capitol Theater played family-friendly fare every weekend. As money was tight, this was a cheap outing for the two of us, and as I typically sat there mesmerized and didn’t make a lot of noise, it was also a great way for us to bond without getting on anyone’s nerves. (The one exception? I really loved Gus, a 1976 Disney comedy about a field goal kicking mule. I am told I giggled like mad during that one.)

I can’t say I recollect a lot about that first viewing of Disney’s 1942 animated classic. But I do remember the “Little April Shower” sequence. That song! Those visuals! Bambi curled up next to his mother as the rain fell. I can feel myself comfortably snuggling into my own mother’s arms even as I type these words. It’s all burned into me, and for both of us, this film, that song and the scene it was used in are symbols of our unbreakable bond.

Why talk about Bambi now, here in the penultimate entry in a ten-part series that began way back in March, and not in that first piece where the film made its appearance on the list? Good question. Honestly? It has taken this long for me to work up to being able to talk about my relationship with my parents in any detail. Especially my Mom.

I did not expect this series to become so personal. I did not anticipate writing so much about my journey to discovering and accepting who I am as a Transgender woman, or how intimately tied to my love of cinema those realizations were going to be. Suffice it to say, doing a deep dive into my autobiography was not the original intent.

Back to that letter. The response from my parents filled my heart with so much joy, even thinking about it now brings on a few tears. My Mom spoke of our time together in Olympia, how she wished she could have been as selflessly protective as Bambi’s mother and been able to shelter me from the plip, plip, plop of life’s April showers. She was sad I was unable to reveal all of this to her sooner. She was equally happy I was doing so now.

My dad is fairly conservative. He comes from a military background that’s coupled with a small-town upbringing where gender equality wasn’t a thing, men needed to be men, and women should be perfectly fine with that. While Mom and I would wander off to see animated films, he would take me to anything war related. First Blood. Das Boot. A reissue of Apocalypse Now. Platoon. Heck, even Top Gun and Navy Seals. These were our movies to see together, and a great many of the titles he introduced me to made this list.

We went to see Terrence Malick’s The Thin Red Line not too long after I’d come out. I hadn’t begun transitioning in earnest at that point, but the truth was out there, and even though the response from my parents was accepting and positive, this was the first time we’d done anything just the two of us after they’d received my letter.

Malick’s adaptation of author James Jones’ WWII novel isn’t exactly straightforward. It features several overlapping narratives, wistful visual forays into the natural world and an overabundance of poetic voiceover from seemingly every member of its massive, star-studded cast. The film is an examination of faith, camaraderie, companionship and humanity’s relationship with nature, all of it put to the ultimate test during the chaotic and senselessly destructive crucible of warfare.

I’d already watched the film by the time we’d gone to see it, and I honestly had no idea how my dad would react. I was blown away and thought it was easily the best picture I’d seen that year. Malick’s take on Jones’ source material is extraordinary, and the conversations between Sean Penn’s 1st Sgt. Welsh and Jim Caviezel’s Pvt. Witt about their opposing world views hit me right in the gut.

After we left the theater, my dad was noticeably choked up and doing his best to conceal it. When we got in the car, he sat there in silence for a few seconds, not even attempting to turn the key. Finally, after what felt like an eternity, he turned my way and looked directly into my eyes. “I’m proud of you,” he said. “I need you to know that.”

That was it. Just a simple statement. He turned the key and we drove home, mostly in silence. But that stolen Moment where it was just the two of us meant more to me than I think he’ll ever know. Even with all of our differences — like so many families right now, most of them sadly political — the fact he continually lives up to those four simple words means the world to me.

I’m lucky. I know so many others who have not had this response from their parents. Even if we don’t always see eye to eye, and even if they’ve not always been able to understand all I’m going through, the fact they were so instantly willing to put their preconceived notions of gender aside and accept me for me is obviously no small thing.

My dad is proud of me. He needed me to know it. In my time of worry, when depression and despair could have potentially destroyed everything I’d been working toward, hearing him say that right when I needed to know it the most is a moment I will treasure and hold close to my heart for the rest of my life.

Granted, I still don’t know if he liked The Thin Red Line. I guess I should probably ask him.

I do know my Mom still adores Bambi. As do I. The last time we watched it together, one of my nieces was in the living room with us. When we both started quietly giggle-crying during “Little April Shower,” she got all worried something was wrong. We assured her that was far from the case. If anything, things were perfect, made even more so because my niece was there to share the Moment with us.

She told us to stop being weird, and a hearty love-filled laugh was had by all.

The oldest film on the list this month is director F.W. Murnau’s Academy Award-winning Sunrise: A Song of Two Humans from 1927. This expressionistic masterpiece is as visually and emotionally stunning today as it was when it was released nearly a century ago. It’s magnificent.

Speaking of visually stunning, the most recent title for November is another Academy Award-winner, the imaginative superhero spectacular Spider-Man: Into the Spider-Verse. I am consistently amazed by this animated stunner. Directors Bob Persichetti, Peter Ramsey, and Rodney Rothman deliver a comic book thrill ride that’s as unique as it is innovative.

What is the first film you remember seeing at a theater? Does it still hold value for you today? I hope it does. 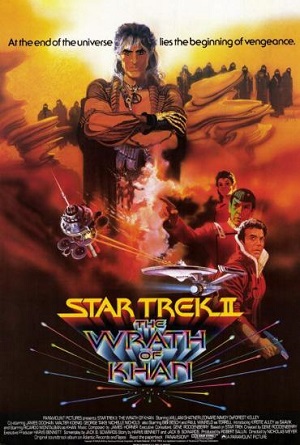