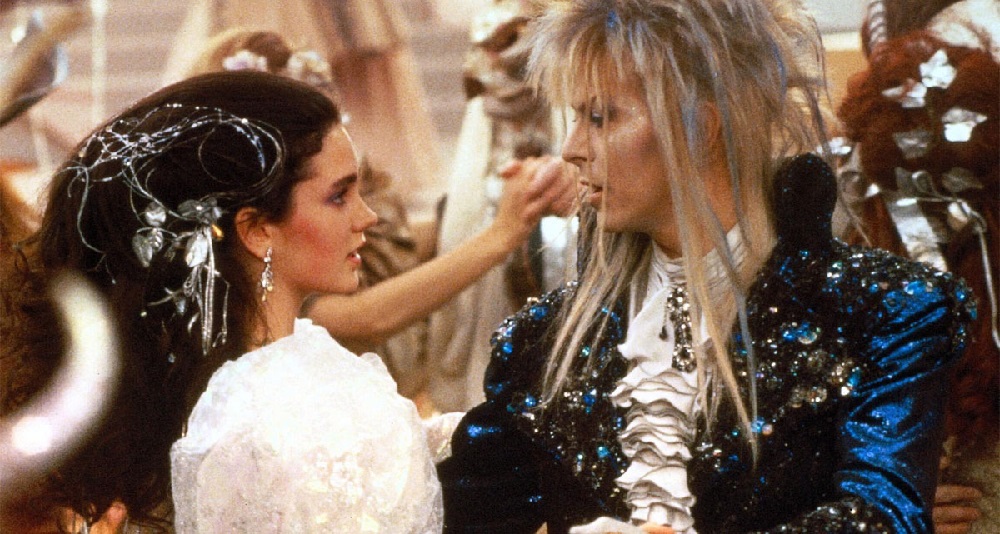 Life’s Labyrinth, or How One Cinematic Sarah Leads to Another (just without the “h”)

NOTE: This feature originally appeared in the July 2, 2021 edition of the Seattle Gay News. It is reprinted here by permission of the publisher Angela Craigin. Part Six of this series will appear in Friday’s edition (August 6, 2021) of the newspaper and online. It will be reprinted here at Moviefreak.com on September 1, 2021.

When I was no older than seven or eight, I spent an entire summer at my grandparents’ farm just outside of Tenino. My grandfather coached an elite women’s fastpitch softball team. I’d hang out with the players, basically becoming their de facto mascot, finding ways to convince them to put my hair in pigtails or paint my fingernails the same shade of green as their uniforms.

My favorite player was a woman named Sarah. She had a giant mane of blonde hair that she’d whip around like a weapon whenever she made a play at shortstop. She was just an all-around ferocious presence who took no prisoners on the field but was also one of the gentlest, most sincerely friendly people I’d ever encountered. She was someone I wanted so badly to mimic, even if I didn’t fully understand why that was, and I’m positive some of her rubbed off of me in regard to my own time as a competitive athlete in high school and college.

When I was 12 or 13, I caught a documentary on PBS about a Transgender woman. It was an installment of a program with a different topic for each episode — I can’t remember the name — and my parents tuned in religiously each week, no matter the subject. The woman’s name was Sarah, and she’d mentioned during the broadcast that it meant “little angel” or “princess.” Needless to say, that stuck with me.

At 16 I got my first job working at a little Spokane mom-and-pop video store, Video, Etc. It’s long gone now, but the memory of those days has stuck with me something fierce. Being able to watch everything from Lawrence of Arabia and Galaxy of Terror to House of Games and In a Year with 13 Moons (the latter of which I’m positive the owners ordered by mistake) after stocking those shelves was mind-blowing, and as strong as my cinema education had been up to that point, it reached an entirely new level during my time working behind that counter.

In what must be starting to seem like a series of impossible coincidences, the store manager’s name when I first started was — wait for it — Sarah. She was tall, athletic, and fiercely opinionated. I only ever knew her through work, but I still felt her influence. Not only did Sarah open my eyes to films I’d never have thought to watch on my own but, from the way she dressed to how she talked to the manner in which she comported herself, I wanted to emulate her.

I’m sure you see where all this is going. Whether by happenstance or by some grand design I had no control of, there has also been a litany of fictional Sara(h)s in my life who have all made their mark: Sarah Connor (The Terminator), Sarah Jane Smith (Doctor Who), Sara Crewe (A Little Princess).

In June of 1986, Jim Henson’s Labyrinth was released in theaters. My Aunt Lana took my cousin and me to see it the weekend it opened. I was enthralled by the film. Every aspect overwhelmed my senses: The costumes. The songs. The wild creatures and incredible puppets. David Bowie’s big, gregariously larger-than-life performance as the Goblin King Jareth.

But the biggest revelation was teenager Jennifer Connelly’s turn as young heroine Sarah Williams. I couldn’t take my eyes off her. Selfish. Initially short-sighted. Wanting to live in a fantasy world instead of working to make herself a better person. I could relate to and understand all of that.

Yet Sarah also saw the best in people. She refused to let obstacles stand in her way. She used her brain to solve even the most difficult problems, and she was willing to admit her mistakes and do whatever it took to set things right. This was a heroine I could believe in, a young woman who embraced her femininity yet also refused to conform to societal norms about who she should be or how she should behave.

What’s the point? Nothing that sits outside the realm of the obvious. There are no rules as to how art influences us. There is nothing written in stone about which characters will speak the loudest and end up affecting one’s life in unforeseen ways. We do not know which people we encounter during our journeys, no matter how briefly, will make an indelible impact.

Everything I’ve mentioned here put me on the path to becoming who I am today. Each film. Each work of literature. Each friend of a family member. Each co-worker or schoolmate or random individual I happened to come across during my travels. All of them have played a vital part, and more often than not, I never realized how big that was until many years after the fact.

This brings me back to Labyrinth. If there is any fictional character from a novel or from a motion picture I’ve ever wanted to transform into the most, it is Connelly’s Sarah. More than that, it was watching the film with my aunt that means so much to me. I never knew Lana as well as I would have liked. I never got as close to her as I should have. But I admired her strength. I was continually in awe of her confidence. She had a way of balancing so many things at one time, and no matter how stressful that was, she still displayed a positive outlook that blew my mind.

One time Lana caught me trying on my grandmother’s shoes. I was 10, and I thought everyone was outside doing various farm-related things while I was supposed to be inside tending to a stomach ache. My aunt didn’t say anything. She didn’t laugh. She didn’t judge. She just let me know that my grandparents would be back soon, and I should probably get ready for dinner.

Lana and I never talked about that day. Even after I came out as Trans, this remained nothing more than a random moment lost in a sea of time.

I think that was the point. In the limited time we spent together throughout my life, I think she knew more about me than I did. Lana knew the best she could do was show love, support, and compassion, even if that meant staying silent about things I was so clearly struggling to keep hidden from the rest of the world. That meant a lot, and it breaks my heart I never got to tell her “thank you.”

So, considering all the Sarahs I’ve encountered and how much they’ve all meant to me, it’s not hard to do the math and figure out where my name came from when I finally revealed my truth to the world. I always wanted to be my mother’s “little angel.” I longed for someone to call me “princess.” The name fit. It is who I always was. It is who I am proud to be.

But the story I’ve never told is why the “h” got dropped: it’s my orthographic tribute to Aunt Lana.

We’re now at the halfway point in this project, 500 films out of a whopping 1,001. I didn’t know going in how I’d sustain this series for ten months. I had no idea what I’d be talking about. What I’ve discovered is that these personal stories, charting how my cinematic voyage has so clearly mirrored my non-fictional life, has been both cathartic and heartbreaking. It has opened my eyes in ways in which I’d never imagined.

Hopefully, those of you reading have enjoyed these random bits of craziness I’ve been jotting down each month. Maybe you’ve all expanded your horizons and ventured outside your comfort zones to explore films and stories you’d never dared to take a look at until now. That would be incredible. I’d love that.

The oldest film on the list this month is D.W. Griffith’s Intolerance: Love’s Struggle Throughout the Ages from 1916, which is undeniably a product of its time. While Griffith’s approach is heavy-handed, the flabbergasting spectacle fueling this production remains mind-blowing. I was lucky enough to watch this one at a theater a few years back and my appreciation for it magnified considerably.

The most recent title is the spellbinding If Beale Street Could Talk, Barry Jenkins’ superlative adaptation of author James Baldwin’s novel. This 2018 release is quickly rising up my list of favorites from the past decade. It’s something special, and each watch reveals a fresh new layer I hadn’t noticed beforehand. 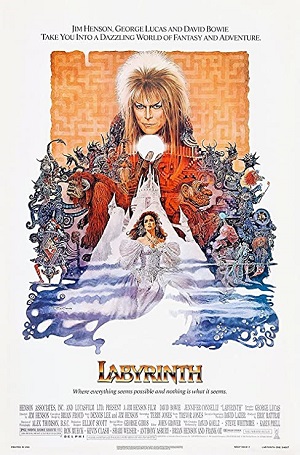