Dragonslayer, gender and the myth of the so-called “guilty pleasure”

NOTE: This feature originally appeared in the May 7, 2021 edition of the Seattle Gay News. It is reprinted here by permission of the publisher Angela Craigin. Part Four of this series will appear in Friday’s edition (June 4, 2021) of the newspaper and online. It will be reprinted here at Moviefreak.com on June 30, 2021.

Looking at this month’s list of 100 titles, I was struck by how many films from certain genres go unrecognized for their greatness at the time of their initial release. Horror. Fantasy. Science Fiction. All too frequently, comedy.

If it isn’t a drama or doesn’t broach a serious topic with utmost sincerity (as many of the justifiably lauded westerns, war pictures and even a solid selection of psychological thrillers oftentimes do), then those efforts, no matter how excellent, are dismissed as being “lesser” for reasons I’ve never been able to entirely comprehend.

Case in point: the fantasy-adventure Dragonslayer, directed by Matthew Robbins. While a little research shows that the film garnered numerous respectfully cheerful reviews, many of them still couldn’t help but make their praise sound more like a backhanded compliment than anything genuinely sincere.

Both Janet Maslin in the New York Times and Roger Ebert in the Chicago Tribune were extremely positive in their respective write-ups. But each legendary critic also made their positivity sound moderately half-hearted, almost as if it were beneath them to be heaping praise on a film about sorcery, princesses, young love and virgin-eating dragons.

Dragonslayer is one of those seminal cinematic moments that has stuck with me for countless reasons. First off, looked at now, Robbins’ film is undeniably superb. The world he creates for his sorcerer’s apprentice Galen (Peter MacNicol) and the boy-who-is-really-a-girl Valerian (Caitlin Clarke), whom he falls in love with, is marvelously realized. Every facet of Elliot Scott’s production design feels lived-in and authentic. The Dark Ages come alive in ways seldom seen at that time and rarely equaled all these decades later. It’s mesmerizing.

Then there are the visual effects, which bring the terrible and terrifying fire-breathing monstrosity Vermithrax Pejorative to life. As a wide-eyed kid taking it all in, I was as fascinated by this seemingly unkillable titan as I was scared to death by it. The work of a dream team of artists, including the likes of Dennis Muren (The Empire Strikes Back), Phil Tippett (Jurassic Park), Ken Ralston (Forrest Gump), and Brian Johnson (Aliens) — all Oscar-nominated — Vermithrax is a thing of beauty. She is the dragon against which all subsequent movie and television dragons are judged, and all of them (yes, even the ones in Game of Thrones) can’t help but pale in comparison.

But the thing I think critics in the early 1980s didn’t care to notice was how richly nuanced and creatively character-driven Robbins’ and co-writer Hal Barwood’s outstanding script was. No role is minimized. No supporting player is taken for granted. All have rich backstories that allow the gifted character actors and veteran stars (including two-time Academy Award-nominee Ralph Richardson, John Hallam, Albert Salmi, Sydney Bromley, Ian McDiarmid and Emrys James) plenty of room to shine.

In addition, Robbins and Barwood create two of the best female characters of any fantasy-adventure, not just of the 1980s, but of all time. Valerian and Princess Elspeth (Chloe Salaman) command the viewer’s attention. They are forceful, carving their own path through a forest dominated by men who would rather, to paraphrase singer-songwriter Daya, each of them sit still, be pretty, and stop making so much noise. Valerian and Elspeth are as ahead of their time as they are genuinely of it, an achievement few critics took note of back in June of 1981.

The obvious hook for me in regards to Valerian is the deft way her gender-bending is handled. She is a girl who was forcefully raised a boy who embraced the authority and responsibility this garnered her yet also still found ways to remain true to her feminine nature and support the women of her village in ways the majority of the timid men in charge refused to do. As a child, this blew me away for reasons I didn’t fully understand. I just knew I related more to her than I did the male hero Galen. Valerian was the one I wanted to emulate, and if I’m honest, that’s just as true now that I’m in my forties as it was when I was a wide-eyed seven-year-old.

The point? All cinema has value. Exploitation can have as much to offer as melodrama. No genre should be given the side-eye. If a film strikes a chord with you as a viewer, then it has merit. I don’t feel bad or ashamed about the motion pictures I love even when the so-called “general consensus” states I am not supposed to. I do not believe in “guilty pleasures” because, if I find pleasure in watching the movie, I’m sure as heck not going to feel guilty about it.

For May, the oldest film on this portion of the list is Tod Browning’s 1931 horror masterwork Dracula with the great Bela Lugosi in his signature role. The most recent is Lulu Wang’s sublime, tearfully rejuvenating drama The Farewell from 2019. Each so very, very different from the other. Each so very, very perfect in their innovatively original way.

As we close things out for this month, I ask you: what movies are you ashamed or guilty to admit you love, and, if that’s the way you feel about them, why do you think that is? 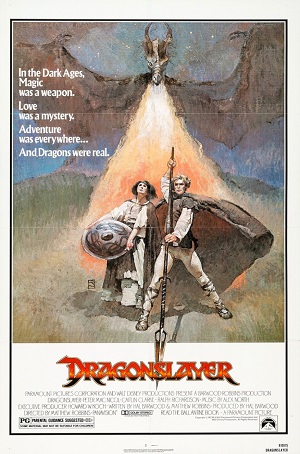