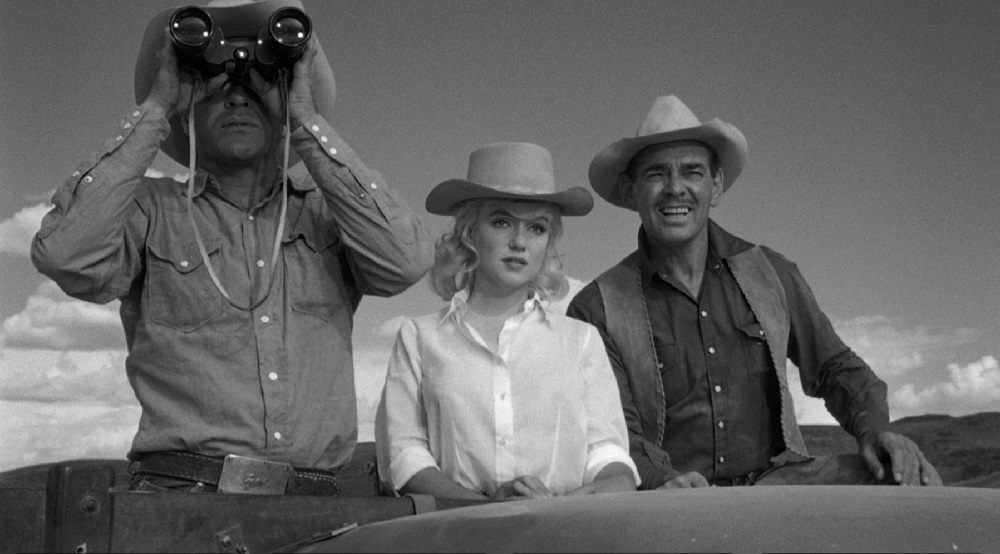 Marilyn Monroe, my grandmother Doris and the haunting depressive beauty of The Misfits

NOTE: This feature originally appeared in the August 7, 2021 edition of the Seattle Gay News. It is reprinted here by permission of the publisher Angela Craigin. Part Seven of this series will appear in Friday’s edition (September 3, 2021) of the newspaper and online. It will be reprinted here at Moviefreak.com on September 30, 2021.

My grandmother Doris loved Marilyn Monroe. While she was the one who introduced me to classic Universal monster movies like Dracula and Frankenstein, it was the former Norma Jeane Mortenson who owned her heart. Grandma knew everything there was to know about the iconic actress, and sitting down with her to watch Gentlemen Prefer Blondes or The Seven Year Itch was a titanic joy.

I can’t tell you how many of Monroe’s films I watched with my grandmother, but there were a lot of them, including some of her lesser-known classics like Monkey Business (where she memorably gets to play second-fiddle to Cary Grant and Ginger Rogers) and Niagara (where she gets to go full-blown murderous film noir seductress on an initially clueless Joseph Cotten). But I do know the one that she couldn’t watch, that she actually switched off roughly halfway through with tears in her eyes: 1961’s The Misfits.

The Misfits is famous for several reasons, most of them having nothing to do with the film being a superlative drama masterfully directed by the great John Huston starring the mind-blowing superstar trifecta of Monroe, Clark Gable and Montgomery Clift. This would be the last on-screen appearance for both Monroe and Gable. Clift would be gone five short years later. This, sadly, is what this one is most known for even now, six decades after its initial release.

Written by Monroe’s husband, playwright Arthur Miller, the plot follows Roslyn Taber (Monroe) meeting up with aging cowboy Gay Langland (Gable), grizzled pilot Guido (Eli Wallach) and down on his luck rodeo star Perce Howland (Clift) while staying with friend Isabelle Steers (Thelma Ritter) in Reno, Nevada while she waits for her divorce to be finalized. These are sad, lonely people all longing for something new and aching to make a personal bond that will last longer than – at best – a couple of months.

They’re all searching for a reason to go on. While hope isn’t lost, whether they want to admit it or not each can see the end of an unfinished road not too far out in the distance. It visibly wears each of them down, and there isn’t a single moment where the scars left from this constant battle for human connectivity aren’t plainly visible no matter what lengths each character goes to trying to conceal them.

The whole thing is a shocking emotional tornado sweeping through the Nevada desert with unrelenting ferocity. Littles things can set each character off: Gay wanting to kill rabbits in a garden he and Roslyn have triumphantly brought back to life much to her tearful dismay, Perce shocked to receive a modicum of kindness after he awakens from a serious concussion, Guido working hard to finish a patio while holding back angry drunken tears.

It all builds to a roundup of wild horses, Roslyn beside herself in angry emotional devastation when she learns these glorious creatures are going to be sold only to be slaughtered and canned for dog food. It puts all three men at odds, each inching closer to one another’s throats as they determine what to do. It all builds to a climactic confrontation between Gay, Perce and Roslyn that’s heartbreaking in its brutal honesty, each character learning more about themselves in this single moment than they have at any other point of the story.

That there is a hint of hopefulness at the very end doesn’t dilute the stinging intimate majesty of Miller’s script or the heartlessly visceral urgency the fuels Huston’s handling of the material. Gable’s final performance is so stripped down, so nakedly raw that the moments where the actor’s trademark charismatic spunk burst forth hit with a zesty winsomeness that’s crushing. Clift is equally superb, while both Wallach and Ritter give two of the best performances of their long and luminous careers.

But it is Monroe who rips your heart to shreds. While many claim 1956’s Bus Stop is the actress’ finest hour, as terrific as she is in that film, her work here as Roslyn knocks my personal pair of socks clean off. She taps into the material with such bracing sincerity it’s hard to know where Monroe begins and this fictional character ends. She is stunning, and while this film was criminally overlooked during its original release, that it’s grown to become thought of as something of a minor classic all these years later is exactly as it should be.

That my grandmother was so affected by The Misfits doesn’t surprise me. If you see pictures of Doris as a young woman she was preternaturally gorgeous, and I’m not just saying that because I’m related to her. She had a laugh that could fill a room. A smile from her made you feel like you could do anything your heart desired. My grandmother made the world a better place just from her being in it, and it still wrecks me that she was gone far too soon from cancer when I was just a sophomore at the University of Washington.

I can see why she felt so intimately connected to both Monroe and to this particular film. Things were going on behind the scenes between her and my grandfather I was never privy to and only vaguely suspected as a youngster. There were unrealized dreams that I think haunted her, hopes and desires that never fully materialized. At times, there was a tender sadness hidden behind her eyes I knew was there but never fully understood. She was a strong, independent woman who never got to flex those aspects of herself like I wish she could have, the unfairness of this travesty infuriating.

But, much like Roslyn, my grandmother never lost that incandescent spark that allowed her to see the best in everyone she encountered, especially those she loved. She taught me how to be my best self, giving me an inner resilience to carry on even during my darkest hours. As bleak as things can get, as hard as life can be and as awful as it can feel when certain aspirations go unrealized, there is always hope for a better tomorrow if we have the strength and resilience to fight for it.

The oldest film on the list is Fritz Lang’s innovative science fiction masterwork Metropolis from 1927. A case could be made this is the most influential motion picture ever made – and that’s not hyperbole – the continued reverberations of this one still being felt almost a full century after its debut.

The newest film this month is Isabel Sandoval’s Lingua Franca from 2019. This was an adjustment to the list. Over the past year her seductively searing drama has seeped deeper into my soul. Its truthfully byzantine layers bewitch me, and the way Sandoval deftly explores the unfathomable depths of modern interpersonal interactions in a polarized, muddily obtuse world is truly extraordinary.

I wonder, who are the actors you feel a kinship to and why, and which films of theirs do you adore but have trouble watching because they hit much too close to the bone? For my grandmother Doris, that actor was Marilyn Monroe and that motion picture was The Misfits. It’s a phenomenal motion picture, a haunting depressive beauty that’s unquestionably stood the test of time. Give it a look. 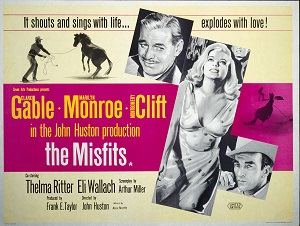