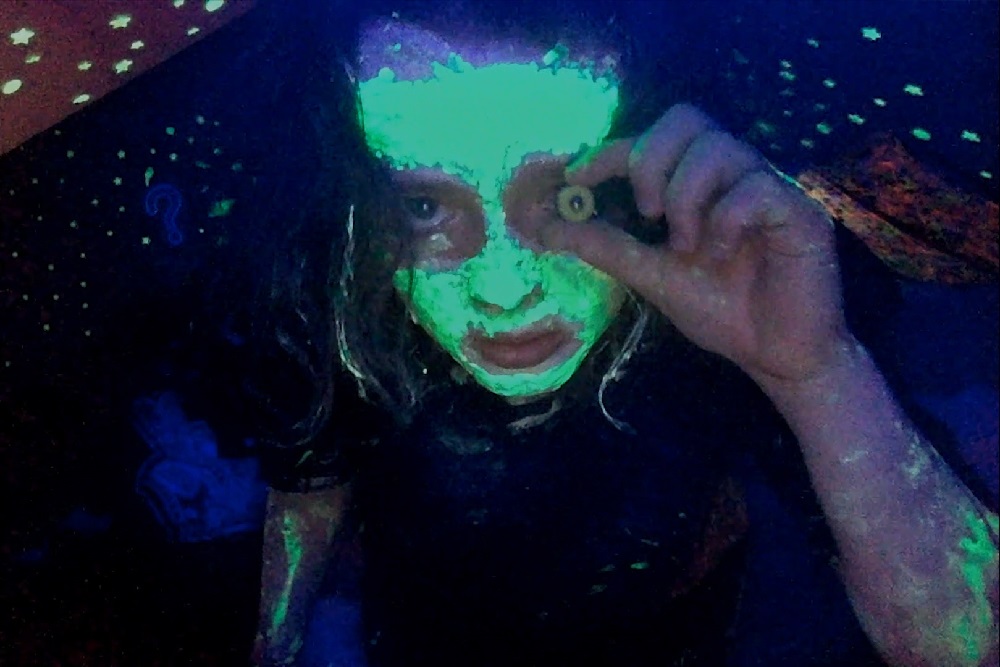 We’re All Going to the World’s Fair is about as contemporary as they come. It deals with technology, social media, and teenage mental health issues so “hot button” they might as well be on fire. Writer-director Jane Schoenbrun has tapped into something intimately primal with their mesmerizing creepypasta feature-length debut, exhibiting a magnificent level of disquieting, introspective authority.

What’s most remarkable about what Schoenbrun has accomplished is that, as current as the story might be, the filmmaker has still fashioned a timeless scenario of identity, anxiety, isolation, and discovery that viewers of all ages and backgrounds will likely respond and relate to. Themes revolving around personal self-discovery are universal in their eerie effectiveness, and there were multiple moments where I saw myself in the main character, a quiet shiver cascading down my spine every time.

Casey (newcomer Anna Cobb in a striking, unforgettable debut) is struggling. Her home life is in disarray. It doesn’t appear that she has very many — if any — friends. Instead, the teen turns to the internet for support, communication, and community. This has become the chief way that Casey connects with a larger world, posting videos and visual essays in the pursuit of followers who will hopefully validate her existence.

To increase her visibility even further, Casey puts on a perkily brave face and states she’s going to take “the World’s Fair challenge.” She pricks her finger and draws some blood. She watches a hypnotic, headache-inducing video filled with strobe lights and weird images. After that? Casey needs to post daily videos about what happens next, the challenge being a long-term project with an uncertain outcome, as each participant’s transformation into “something different” is never the same from one player to the next.

In lesser hands, all of this could become something of a Paranormal Activity meets Unfriended clone with just a dash of Japanese cyberpunk horror reminiscent of Kiyoshi Kurosawa’s 2001 classic Pulse. But that’s not what Schoenbrun is up to. Yes, there are several unsettling images, not the least of which are ones of another player who posts videos of herself seemingly transforming into an unmoving plastic doll, but the director has more on their mind than generating a few random nightmares or making the viewer squirm uncomfortably in their seat.

While that certainly happens, Schoenbrun is also asking fairly big questions about gender and identity. Casey is laboring to understand who she is in this world, making things up as she goes along, looking for reasons to blossom into the person she’d like to be, even if it always feels as if outside elements are forcing her to conform to a status quo she has no desire to be a part of. She’s trying to find herself, looking to transition out of childhood into something new, and this particular challenge appears to be a tool for her to do just that, maybe even more.

Cobb is sensational. Casey’s jittery timidity isn’t so much a smokescreen as it is a trait the youngster is attempting to overcome by playing the game. For a film in which she spends long passages in a darkened room staring at a computer screen, with only her face taking up the majority of the frame, Cobb’s expressive physicality in bringing all of her character’s internal permutations to life is nothing short of extraordinary. This is a livewire performance reminiscent of James Dean’s triumphant explosion of youthful rage in Rebel Without a Cause or Sidney Flanigan’s hauntingly hushed brilliance in Never Rarely Sometimes Always, comparisons I do not make lightly.

Schoenbrun doesn’t always have a firm grip on things, and a key subplot involving another online participant, the mysterious “JLB” (Michael J. Rogers), an adult who takes special interest in Casey, starts off on rather shaky ground. But I like the ambiguity of the relationship that develops between the two, and to the director’s credit, the uncertainty of JLB’s intentions never overshadows the frequently thrilling, often terrifying transformative journey the teenager is on. This remains Casey’s story, and when reality appears to bend, fracture, and blur, she still retains enough cognitive authority to not let a shadowy online figure have too much info about her offline reality.

Ultimately, We’re All Going to the World’s Fair is a digital Grimm’s fairy tale of a loner investigating a secluded virtual forest worrying they may not have left enough breadcrumbs behind them to make it back to the safety of their familial cottage. But Casey’s road is full of beguilingly petrifying wonders, each one helping her discover who she wants to be and what kind of person she will hopefully grow to become. 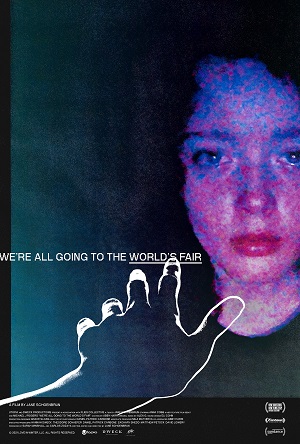