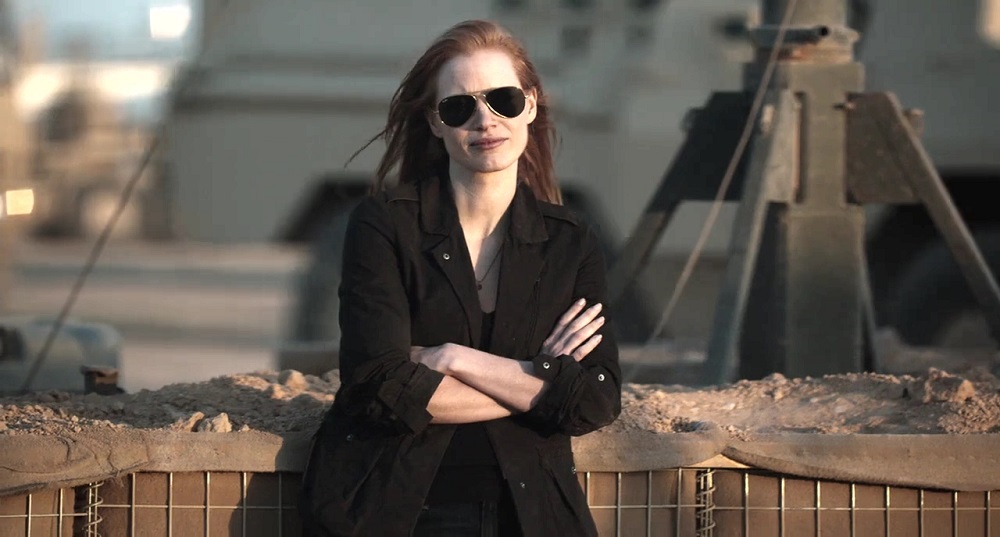 Zero Dark Thirty, written and directed by The Hurt Locker Academy Award-winners Mark Boal and Kathryn Bigelow, chronicles the decade-long hunt for Osama bin Laden. It is seen through the eyes of a CIA analyst, Maya (Jessica Chastain), a woman so driven and focused she becomes the catalyst for piecing together the evidence that led SEAL Team Six to raid a not-so-secluded compound in Pakistan where they found, and killed, their man. The movie paints a journalistic portrait of the events and is also a pulse-pounding thriller of the finest pedigree. It is one of the great cinematic procedurals ever made. More, it is unquestionably 2012’s best picture and guaranteed to be a movie we are going to be discussing, studying and debating for generations to come.

The film is a step-by-step examination of the investigative process it took on the part of a committed group of analysts to discover bin Laden’s whereabouts. Like All the President’s Men or Zodiac, Bigelow and Boal have gone into exhaustive detail to make sure the yarn they’re spinning feels wholly genuine. I felt dropped right into the center of the proceedings, found myself sitting precariously atop Maya’s determinedly resolute shoulders. I was glued to my seat sitting in profound disbelief and fascination, and while the outcome was never in doubt the level of suspense Bigelow still managed to generate was gigantic.

The amount of research that went into all of this is readily apparent. Working from declassified files, public records and interviews with those in the know, Boal uses his journalistic experience to craft a screenplay that oozes in legitimacy. Yet he also remembers to tell a compelling story, filling the screen with multidimensional characters that are as compelling as they are authentic. Everything centers on Maya, the character based on a real woman who supposedly did much of what is depicted here, her growing obsession with the man responsible for greenlighting the most devastating terrorist attack in United States history the emotional core of the story.

Bigelow and Boal must have realized early on they were going to be traveling into some pretty uncomforting corners in order to tell this tale correctly. The pair drop Maya, and by extension the audience, into an interrogation between senior CIA analyst Dan (Jason Clarke) and an Al Qaeda operative (A Prophet star Reda Kateb) where so-called ‘enhanced interrogation’ techniques, including waterboarding, are being utilized.

What this sequence does do is show the importance of this moment for Maya, how viewing this interrogation changes her and gets her to rethink CIA tactics. It leads her to ponder other ways to gain information, convincing Dan that subterfuge, understanding and even empathy with the prisoner might lead to his being more willing to deal with them. Maya comes up with new ways of following leads and is the first one to connect the dots regarding the all-important courier, going through countless hours of interrogation and interview footage in order to realize that this individual might be the key to bin Laden even though all those around her think she’s likely wasting her time.

This conceit might not sit well with some. The filmmakers’ refusal to pass judgment on the CIA enhanced interrogation practice, to show it for what it was in all its abhorrent horror, this will unsettle and discomfort even the most hardened of viewers. It’s a despicable sequence, one that made me want to scream and yell at the screen. But its importance for Maya, for her transformation, for her evolution as a character and as a driven detective, this is equally undeniable, the moral quagmire Bigelow and Boal present to be debated and analyzed just as important now as it has ever been at any point in our country’s complex history.

The torture portion of the film actually takes up very little of 157-minute running time. The filmmakers are every bit as obsessive and as observant about every other factor in this hunt for bin Laden as they are with this one, showing successes and failures with the same unflinching and unwavering eye. The climactic raid is devastatingly effective, a clinical descent into controlled chaos that’s brutally forthright in its depiction of the SEAL team’s effective dismantling of the al-Qaeda leader’s Pakistani compound. There is no fanfare, no blaring trumpets, just the controlled firing of the military unit’s weaponry as they make their way floor-by-floor before firing a bullet into the head of their intended target.

Chastain is remarkable. As great as she was in her Oscar-nominated turn in The Help, as outstanding as she was in Take Shelter or The Tree of Life, the actress is even better here. Maya is unsentimentally structured, doesn’t come with acres of backstory and isn’t an easy person to read. Chastain still makes her a multi-dimensional force of nature, reveling in her interiors while also presenting a steely exterior façade that allows her to do her job better than almost everyone else. Her passions are palpable, her reasons for going on even when the deck seems stacked against her are undeniable, all helping make the revelation that her eventual success might inadvertently transform her into an empty shell with nothing new to fight for all the more tragically upsetting.

There is plenty more that can be written about Zero Dark Thirty, so named for the military slang for 12:30 a.m., the time the SEAL assault on bin Laden’s Abbottabad compound began. I’m sure as time goes by many will be doing just that. As a motion picture, however, as a singular piece of entertainment dissecting the decade-long manhunt for the most wanted international terrorist the world has arguably ever known, no stone goes unturned and no angle remains unexplored. By the time the attack commenced my pulse was racing to such a degree I was worried I might be having a heart attack. Bigelow’s latest is a triumph. See it at once. 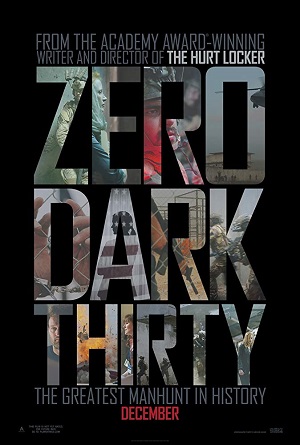