2020 RecapIn a movie year like no other, cinematic greatness was still easy to find

In a 2020 unlike anything I could have imagined beforehand, writing about the year in film feels understandably strange. Considering all that has transpired, talking about how COVID-19 has likely transformed the motion picture industry forever from a distribution and exhibition standpoint seems rather minor as far as the grand scheme of things is concerned.

But here we still are. Just because most movie theaters closed their doors in March that does not mean movies stopped being released. While several high-profile pictures jumped around the 2020 calendar before bolting entirely for 2021 (including highly anticipated titles like the latest James Bond adventure No Time to Die, the next installment in the Fast and Furious franchise F9, Marvel’s Black Window and Steven Spielberg’s musical extravaganza West Side Story), there was still plenty for audiences to choose from to hopefully distract from the self-isolating tedium.

This was the year major Hollywood studios embraced the concept of streaming, Universal going so far as to make a deal with theater chains to reduce the theatrical window for major releases down to a meager 17 days from the formerly agreed upon 60 to 90 (depending on the title). It was a time when Disney and Warner, in particular, went to war over their own streaming platforms, Disney+ and HBO Max, both debuting $200-million epics like Mulan and Wonder Woman 1984 for home consumption in large part to expand their respective subscriber bases.

Audiences learned what “PVOD” stood for (premium video on demand), while streaming services Netflix, Amazon Prime, Apple TV, Hulu and even Shudder gobbled up as many pictures as they could get their hands on, delivering new titles every week with as much fanfare as they could afford to muster. Even the stodgy Academy of Motion Pictures Arts and Sciences had to amend their eligibility rules as it pertained to the Academy Awards, opening the door to countless independent productions that normally wouldn’t have had even a passing chance to be nominated for an Oscar.

I’m not sure what all of this adds up to. I have no idea what it all means going forward. While I’m sure the theatrical experience will remain as vital and as important as ever, it is equally clear the landscape for distribution has fundamentally changed forever. Warner Bros has already announced all of its 2021 titles will debut in theaters and on HBO Max day-and-date, while Disney told their investors they intend to prioritize streaming going forward.

One of the issues I do foresee is an inability for titles to make a lasting impression. Netflix, in particular, has an awesomely difficult time keeping any of their films in the spotlight, the streamer allowing even their biggest pictures to vanish into a bottomless pit of content almost immediately. There’s also the ways viewers react and comment on new releases, doing so all at once over a single weekend and not an extended period as they would if a film had received traditional theatrical exhibition.

At the same time, never have I seen so many motion pictures from female and minority filmmakers released with such consistency. Critics and potential audiences have been able to focus on them as they never have before, the intensity of this spotlight hopefully signaling a new dawn of inclusive storytelling the likes of which will become the norm and not an exception to it.

Personally, I saw over 100 motion pictures I’d happily recommend and only 50 or so I’d urge viewers to stay far away from, and that’s still only scratching the surface of every title which received some sort of release. I had the good fortune to see a trio of films, Lingua Franca, Bit and The Craft: Legacy which showcased transgender representation in groundbreaking fashion, and selfishly this warmed my heart more than almost anything else that happened throughout 2020. 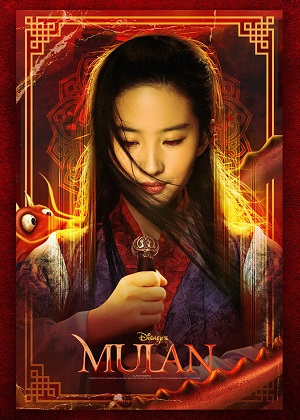