TWENTY-FIVE MORE (because I can) – Part Two

John Magaro and Orion Lee portray two Oregon Territory fur trappers who stumble upon a lucrative plan involving the local magistrate’s cow – the first in the settlement – and lovingly prepared baked goods. Their friendship is the heart and soul of Kelly Reichardt’s latest minimalist stunner, this lived-in marvel further proof that she’s unquestionably one of the premier filmmakers working today.

Not to be confused with the subpar The Conjuring universe entry The Curse of La Llorona, this Guatemalan stunner from director Jayro Bustamante is next-level terrific. Teeming in intimately complex layers, the filmmaker utilizes the story of the “weeping woman” as a gateway to tell a tale of genocide, familial responsibility, grief, forgiveness and judgment that’s uniquely one of a kind.

28. Birds of Prey (and the Fantabulous Emancipation of One Harley Quinn) (D. Cathy Yan)

A colorful explosion of vulgarity, female empowerment, bone-crunching violence and character-driven comedy, not only is Birds of Prey the best comic book movie of 2020, but it’s also the best film ever made featuring a greasy egg sandwich. Director Cathy Yan upends the superhero applecart with uproariously juvenile glee, crafting the type of rule-breaking action-comedies that I’d love to see more of.

The year’s most unabashedly melodramatic love story, Sylvie’s Love is a dreamy jazz-fueled melancholic marvel centered on a performance from Tessa Thompson that’s a thing of poetic beauty. Writer/director Eugene Ashe goes old school with this sentimental stunner, the dreamy highs and heartrending lows of this epic romance ones I’ll be pondering for a long time to come.

The one 2020 release I’ve watched more than any other motion picture from this past year, this Kristen Stewart deep-sea creature-feature is a thrilling blast from beginning to end. Eubank’s imaginatively presents a Lovecraftian nightmare of suspense that hits the ground running and then refuses to let up for a single one of its furiously paced 95 minutes. Safe to say I couldn’t have loved this one more.

Tom Hanks and Paul Greengrass reunite for this sturdy, well-plotted Western drama that may not do all that much that’s new but still tells a richly satisfying human story exceedingly well. Newcomer Helena Zengel steals scenes left and right as a 10-year-old child kidnapped by Kiowa natives during a raid that left the remainder of her immediate family dead, her blossoming friendship with Hanks heart-stopping in its elegiac hardscrabble grace.

Rod Lurie’s pulse-pounding Afghan War drama chronicling the October 2009 siege on the isolated U.S. Combat Outpost Keating located at the base of the Hindu Kush Mountains is as gut-wrenching as they come. The film’s climactic hour showcasing the battle between a small band of soldiers facing off against 400 Taliban fighters is undeniably masterful, the full weight of all that’s happening a visceral powder keg of emotional tumult. Caleb Landry Jones delivers the performance of his career as one of the soldiers, Staff Sgt. Ty Carter, pushed to the limits of human endurance. [Interview with director Rod Lurie]

Lee Isaac Chung’s refreshingly unvarnished childhood recollections spring to vibrant life in Minari, an immigrant tale of perseverance, sacrifice and family that’s enchantingly sincere. Steven Yeun is stupendous as the family patriarch who dreams of building a thriving Korean vegetable farm in the Arkansas countryside, while youngster Alan S. Kim is an unpretentious delight as the son who believes in him no matter what.

More H.P. Lovecraft, this time a more literal adaptation of the author’s work courtesy Hardware wunderkind Richard Stanley and featuring a suitably freaked-out Nicolas Cage, psychedelic otherworldly lighting and some seriously messed-up alpacas. This dreamy terror is insidiously unrelenting nightmare fuel, and it’s nice to have the talented filmmaker back behind the camera delivering bloody hallucinogenic weirdness where he belongs.

Featuring a towering final performance from the great Chadwick Boseman that might just posthumously win him a well-deserved Academy Award, this adaptation of the great August Wilson play is a powerhouse triumph that brings new meaning to, “Singing the blues.” Viola Davis commands the screen as the titular chanteuse. But it is veteran character actor Glynn Turman who impresses the most portraying a member of the band who tries to knock some sense into Boseman’s tragically brilliant horn player before he inadvertently slits his own throat thanks to an excess of hubris. 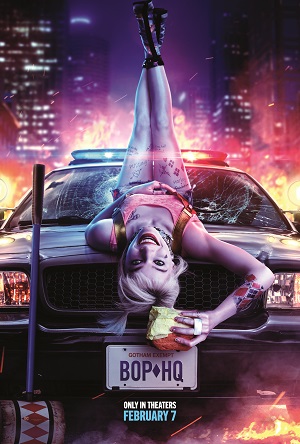