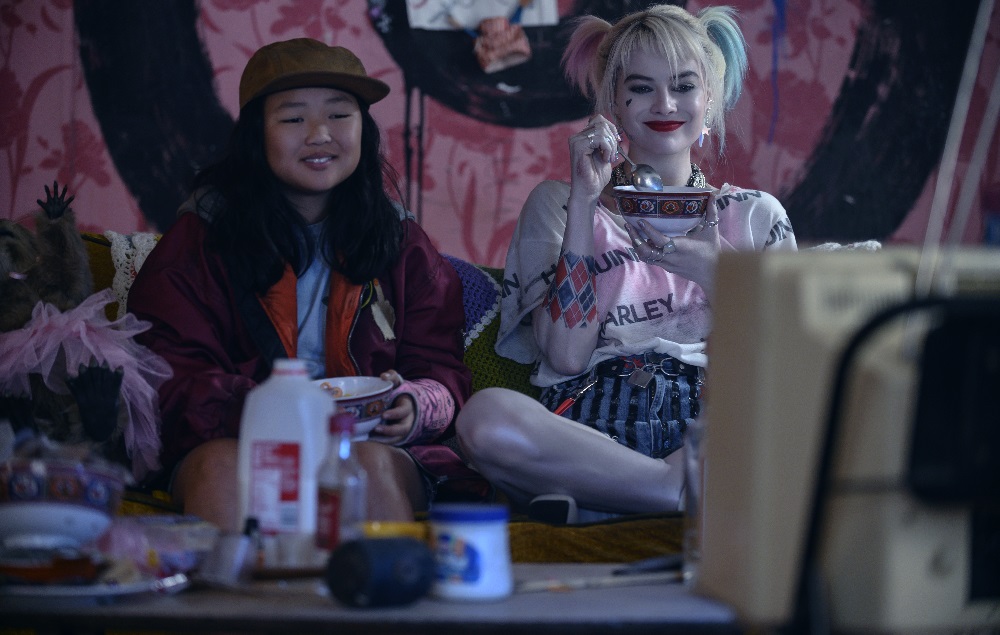 If David Ayer’s Suicide Squad was the low point for Warner Bros’ latest round of DC-based comic book escapades in a post Man of Steel world, then imagine how surprising it is to find that this weekend’s Birds of Prey (And the Fantabulous Emancipation of One Harley Quinn) turns out to be kind of outstanding. Directed by Cathy Yan (Dead Pigs) and written by Christina Hodson (Bumblebee), even though this wickedly absurd slice of action-fueled comedic delirium contains DNA culled from Ayer’s 2016 misbegotten box office hit, to say this film dances to the beat of its own idiosyncratic drum would be massively understating the obvious.

As told by craftily whip-smart unreliable narrator Harley Quinn (Margot Robbie), this is a tale of murder, mayhem, friendship, sisterhood and female empowerment that is as messy as it is precise. Hodson’s screenplay zeroes in on the patriarchal status quo and rips it to shreds one shortsighted misogynistic bad guy at a time. At the same time, Yan delivers a bevy of colorfully playful visuals while also refusing to soften the violence or shrink away from this world’s frequently indecorous vulgarity. This is a hypnotic whirligig of funhouse delights and amusement park thrills, all of it imbued with a punk rock sensibility that’s a serious kick in the pants.

The plot has something to do with Harley trying to survive living on the streets of Gotham City after the criminal underworld learns she and the Joker have called it quits. Into this chaos drops teenage pickpocket Cassandra Cain (Ella Jay Basco), silent crossbow assassin Huntress (Mary Elizabeth Winstead), veteran Gotham detective Renee Montoya (Rosie Perez) and athletic songbird with a mysterious past Dinah Lance (Jurnee Smollett-Bell). All of these women have managed to run afoul of murderous crime lord Roman Sionis (Ewan McGregor) and his face-peeling righthand man Victor Zsasz (Chris Messina), and the only way the five of them are going to survive is if they put their differences aside and join forces.

It’s more complicated than that, of course, but nearly as much as so as it initially looks like it is going to be. Hodson smartly keeps things pretty simple, choosing to concentrate more on the relationships between the characters and the growing affection these women have for one another more than she does inserting any unnecessary twists or misbegotten red herrings just for the sake of doing so. By sticking to the narrative basics the screenwriter focuses on a bevy of themes and ideas she’d otherwise been unable to explore. Also, and unlike Suicide Squad, Hodson allows Harley to come into her own as the jubilant princess of crime and mayhem she was always meant to be, Robbie taking full advantage of this gift-wrapped opportunity in the process.

Yan directs with confidence. Like some surreal mashup of Mike Hodges’ Flash Gordon, Warren Beatty’s Dick Tracy, Johnnie To’s The Heroic Trio and Rachel Talalay’s Tank Girl, much of the motion picture moves at such a brazen, unapologetically fevered pace I found it difficult to catch my breath. The director allows the humor to pack a bruising punch and the action to leave a bloodied lip. But Yan just as assuredly keeps the spotlight on the women, never forgetting about any of them for a second. She understands they are the heart and soul of the proceedings, and had I not cared for all of them it’s doubtful I’d have enjoyed myself near as much as I ultimately did.

As strong as McGregor and Messina are, and they are sublime, there are portions of the story where they are relegated so far to the sidelines I began to wonder why it was exactly all of Gotham was so keen to do what they ask. Even though the duo has a penchant for slicing off the faces of their victims, I also can’t say I found them that frightening. Additionally, Yan does have a trouble settling on the proper tone for her comic book adaptation, the opening prologue a little haphazard almost as if everyone involved with the production were readying to make things up as they go along.

No matter. Featuring top-notch cinematography courtesy of Matthew Libatique (A Star Is Born, Mother!), awesome production design by K.K. Barrett (The Goldfinch), Erin Benach’s (The Neon Demon) dazzlingly eccentric costumes and an energetic score from Daniel Pemberton (Spider-Man: Into the Spider-Verse), the technical aspects couldn’t be better. As for the actions sequences (staged by the John Wick stunt team), they are certifiably terrific, Yan and Hodson sprinkling in delightful little character beats throughout the bone-crunching carnage all of which gives each of the five women addition depth that only maked each of them feel even more authentic.

All of the ladies are wonderful. Robbie makes Harley her own, cementing the wise-cracking not-so-villainous villainess as a signature character she’ll long be remembered for portraying. But newcomer Basco is nearly as good, the youngster filling wide-eyed Cassandra’s shoes nicely. I wish there was a little more Renee Montoya poking around looking for answers, but that doesn’t make Perez any less perfect, while Winstead has a deadpan gravitas I couldn’t help but be drawn to. Smollett-Bell might be the film’s most invigorating secret assett, the subtle complexity of her performance catching me happily by surprise.

Birds of Prey won’t please everyone. But the sexist man-babies whose opinions I could care less about aside, for some this exaggerated self-reflexive type of humor and the sensationalistic gruesomeness of the violence will be a little tough to swallow. Yet my hope is that those people will be in the minority, as I found Yan’s comic book frolic into the cartoonish illogical nonsense to be an all-out blast. Harley Quinn’s emancipation and the birth of a new group of female crimefighters is one I happily stand to applaud, and if this ragtag group’s adventures continue in the future trust I’ll be first in line to witness them. 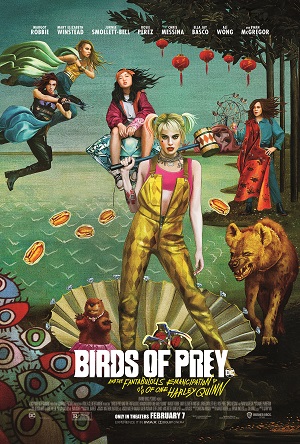