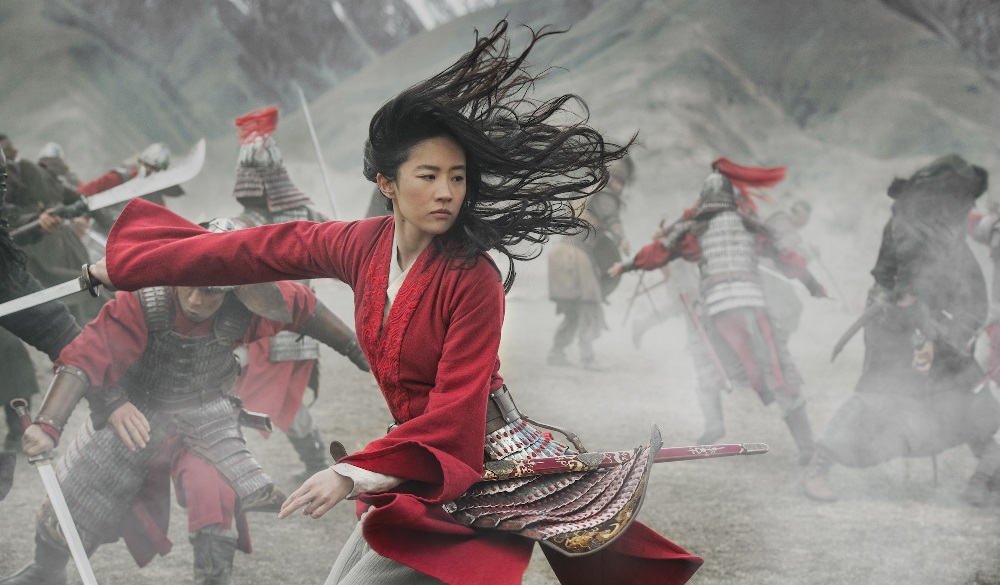 Say what you will about Disney’s recent trend of mining their extensive animated library for live-action (or, in the case of last year’s odious The Lion King, CGI-generated photorealistic pseudo – yet still very much animated – “live-action”) remakes, now and then the studio has hammered one of these productions out of the proverbial park. Kenneth Branagh’s 2015 Cinderella is superb, and the same goes for David Lowery’s 2016 gem Pete’s Dragon.

Happy to say, Niki Caro’s movingly empathetic Mulan ends up taking a heroic seat right next to those two. A remake of the 1998 animated musical smash which featured Eddie Murphy as a quick-witted, fast-talking dragon and earned an Oscar nomination for Jerry Goldsmith’s triumphantly memorable score, this new interpretation fearlessly lives up to the themes of its predecessor while also cutting its own forcefully dynamic path.

Caro, the woman behind memorably humanistic dramas like Whale Rider, McFarland, USA and The Zookeeper’s Wife, once again crafts an irresistible piece of popular entertainment. Working from a strong script credited to a quartet of writers (including Planet of the Apes reboot trilogy scribes Rick Jaffa and Amanda Silver), the filmmaker does a marvelous job of making this material her own. She and her creative team strip away all inconsequential artifice while keeping the focus exactly where it needs to be, squarely upon gender-bending heroine Hua Mulan (Yifei Liu).

This does not mean elements of the ’98 animated favorite are done away with. Just the opposite. But they have been toned down and made far less comedically fanciful. There is a tactile, story-driven luminescence to many of these connections, most notably in how worried father Zhou (Tzi Ma) prays for his ancestors’ assistance to protect his daughter from harm and to help conceal her identity. Composer Harry Gregson-Williams (The Martian) also ties this new picture to its predecessor musically, his rousing, fervently exhilarating score utilizing several of Goldsmith’s and songwriters Matthew Wilder and David Zippel’s classic themes with subtly magnetic grace.

The plot itself will be familiar to most viewers I would imagine, as it follows the general template of the animated feature rather closely. Sadly, I should also admit I can only look at this new iteration of Mulan’s story through my own cultural lens. How this has softened, changed or Hollywood-ized the Chinese tale “The Ballad of Mulan” (likely composed somewhere around 400 AD) I am not in a position to say. What I can state is that Caro and company have made this fiercely selfless character her own woman, and in the process have crafted a timeless tale of personal authenticity and feminine identity that I would hope would be universal in its resonating appeal.

When her father is called away by the Emperor (Jet Li) to war to fight against marauding warlord Böri Khan (Jason Scott Lee), eldest daughter Hua Mulan disguises herself as a man to secretly take his place on the battlefield. Once amongst her fellow soldiers, she worries she will be unable to live up to her charismatic Commander’s (Donny Yen) code of loyalty, bravery and truth while she is purposefully living a lie. After encountering the mysterious Xianniang (Gong Li), a powerful witch assisting Böri Khan for reasons surreptitiously her own, Mulan is even more confused, beginning to wonder if she can protect China and the Emperor if she continues to conceal her identity from her fellow soldiers.

Is there more to it than that? Certainly, but there isn’t a reason for me to dig into it any of that right now. There are plenty of new ideas presented by Caro and company, and I don’t want to risk spoiling them in this review. Suffice it to say, Mulan must decide if she is truly protecting her family’s honor if she’s lying to everyone she has sworn to trust, protect and serve. This becomes a story of embracing one’s true identity and the innate power that comes along with doing that, this simple conceit the crucial through-line around which the entire plot emphatically revolves.

Magnificently cast, there are two notable standouts, and I doubt either will come as much of a shock to anyone. The first is relative newcomer Liu. She is a splendid Mulan, delivering a performance of shaded emotional depth that delicately showcases the internal psychological battle the young woman starts fighting the moment she decides to disguise herself as a man. There is a naturalistic buoyancy to everything she does that’s a continual joy to behold, and the moment her veil of secrecy is thrust aside there is a captivating melodic jolt of jubilant urgency to Liu’s presentation that brought instantaneous tears to my eyes.

Still, as good as Liu is, make no mistake, it is the great Gong Li who casts the most memorably astonishing spell. The luminous actress reminded me of her continued magnificence, and even with somewhat limited screen time her performance as Xianniang is nothing less than perfect. Quietly, almost without my even noticing, she becomes the thunderous heart and soul of the film, the witch’s journey mirroring Mulan’s in ways the character barely even notices until this realization becomes impossible to ignore. Li is breathtaking, especially in the few key moments where she appears with Liu, the rich complexity of what she accomplishes extraordinary.

I could nitpick certain facets, most notably during the opening scenes where Caro copycats the animated version a bit more closely than I imagine she wanted to. But even then, the richness of Bina Daigeler’s (Volver) spectacular costumes and the colorful lived-in authority of Grant Major’s (The Lord of the Rings trilogy) production design did a fine job of mitigating my concerns, while Mandy Walker’s (Hidden Figures) stunning cinematography is a constant free-flowing revelation. Mulan might follow in the footsteps of its popular predecessor, but the reflection looking back in the mirror is unquestionably still very much its own. 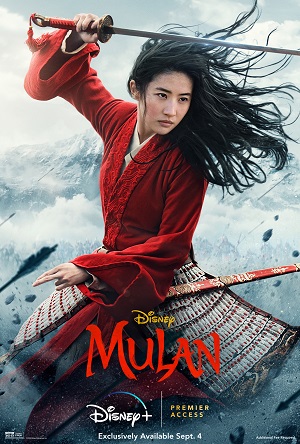