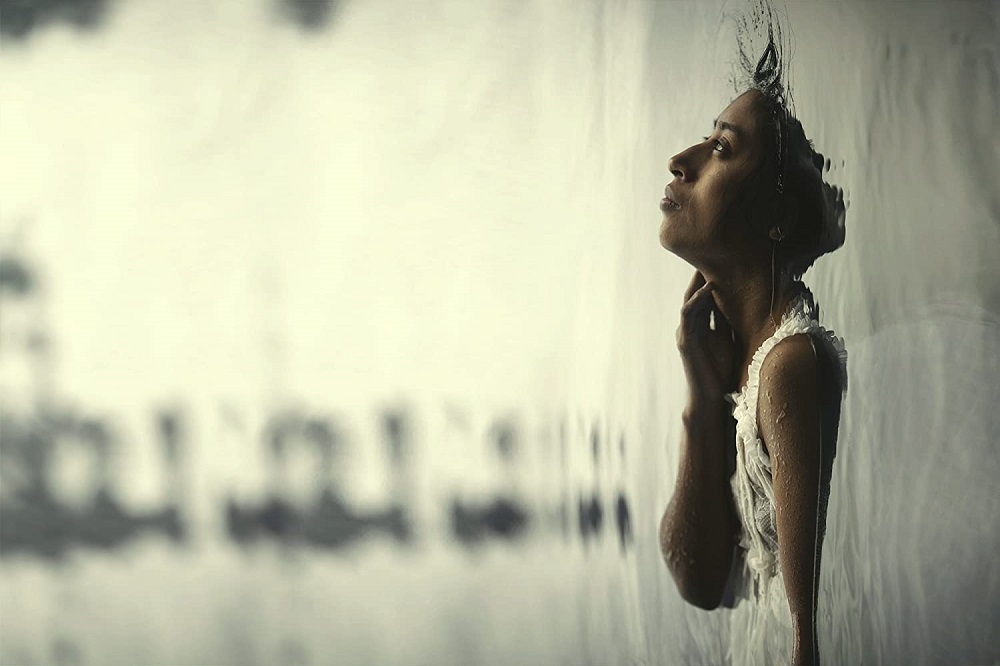 Former Guatemalan dictator Enrique (Julio Diaz) is on trial for the genocidal massacre of thousands of Mayans decades prior. The old man, his clueless younger wife Carmen (Margarita Kenefic), his doctor daughter Natalia (Sabrina De La Hoz) and his granddaughter Sara (Ayla-Elea Hurtado) are essentially prisoners inside his spacious home, while outside stands an angry mass of protestors who tirelessly make their presence known night and day.

When the entire staff save longtime housekeeper Valeriana (María Telón) quits, it appears the family will have to tend to the day-to-day chores all on their own. But help arrives in the quiet, if beautiful, Alma (María Mercedes Coroy), a young indigenous woman clad all in white claiming to be the new maid. She makes instant friends with Sara, telling her a variety of secrets and half-truths while also urging the girl to learn how to hold her breath underwater for as long as possible.

This is how you update a fable of tragedy and terror for a new generation of audiences. Unlike last year’s forgettable Conjuring universe misfire The Curse of La Llorona, director Jayro Bustamante’s (Ixcanul) unsettling dramatic thriller La Llorona is a timely, thought-provoking spin on the familiar story of the “weeping woman” that got under my skin. Unflinching in its emotional and cultural complexity, the filmmaker utilizes a historical Guatemalan event as inspiration to have past and present merge into a unique, heartbreakingly masterful mélange that’s impossible to resist.

Do not misunderstand. This isn’t a straightforward adaptation of the Latin American folktale. Instead, Bustamante and co-writer Lisandro Sanchez use elements of it to tell a different, highly personal story of a country and people trying to exorcise the all-too-real human demons that have transformed their everyday dreams into an unrelenting nightmare. It is a tale of a family in upheaval, one whose female members are determined to protect the youthful promise Sara embodies while at the same time coming to understand Enrique is not the protective and loving father figure he has spent his life trying to convince his family, and the people he governed, he was supposed to be.

Is there a supernatural element? Unquestionably there is one, Alma being so drawn to the water an obvious clue that the pretty maid isn’t all she claims to be. Her influence on the household is undeniable, and it’s no wonder an already mentally deteriorating Enrique is as deathly terrified of her as he is strangely infatuated with the unnervingly hypnotic aura she appears to be generating.

But the entire family is affected by Alma’s presence, noticeably Sara, the pair’s unbreakable bond practically instantaneous. Yet it is how the maid influences Carmen that has the most lasting impact upon the proceedings. Enrique’s wife refuses to believe the charges against him are true, insisting they are made up by his political adversaries as a way to remove him from power and make him look like a monster in the eyes of the populace.

Bustamante channels his inner Guillermo del Toro, and much like Pan’s Labyrinth and The Devil’s Backbone found inspiration in the Spanish Civil War, here the director takes the “Silent Holocaust” of the Mayans in Guatemala during the 1990s out of the back pages of history and shines a fresh, unflinching light upon these atrocities under the guise of crafting a seemingly rudimentary supernatural haunted house thriller. This gives his story an added layer of insight and depth that undoubtedly would not exist otherwise, forcing viewers to look into the bleak, murkily abhorrent waters of a genocidal atrocity whether they want to or not.

It’s noticeably slow going, especially early on, and Bustamante takes his time before revealing all of the cards he is intending to play. Carmen’s character is regrettably undernourished by the screenplay, and there are moments where the director’s visual flourishes somewhat overwhelm the character-driven tale he’s attempting to tell. Additionally, as suitably shocking as it might be, the conclusion is also a bit on the neat and tidy side, its emotional impact not nearly as massive as I was anticipating.

Not that any of this makes La Llorona any less masterful. Bustamante’s latest travels into the dark recesses of the human condition to shine a brightly shimmering spotlight on vile evils that should never be locked away and forgotten. It comments on current international events as well as recent Guatemalan history with confident authority, making the film a universally accessible ghost story that will haunt all who watch it for quite some time to come. 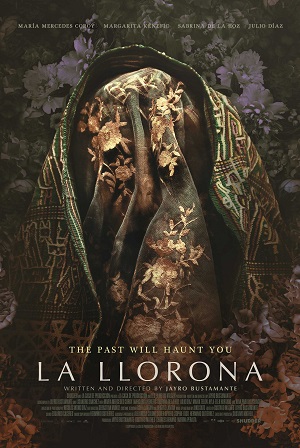