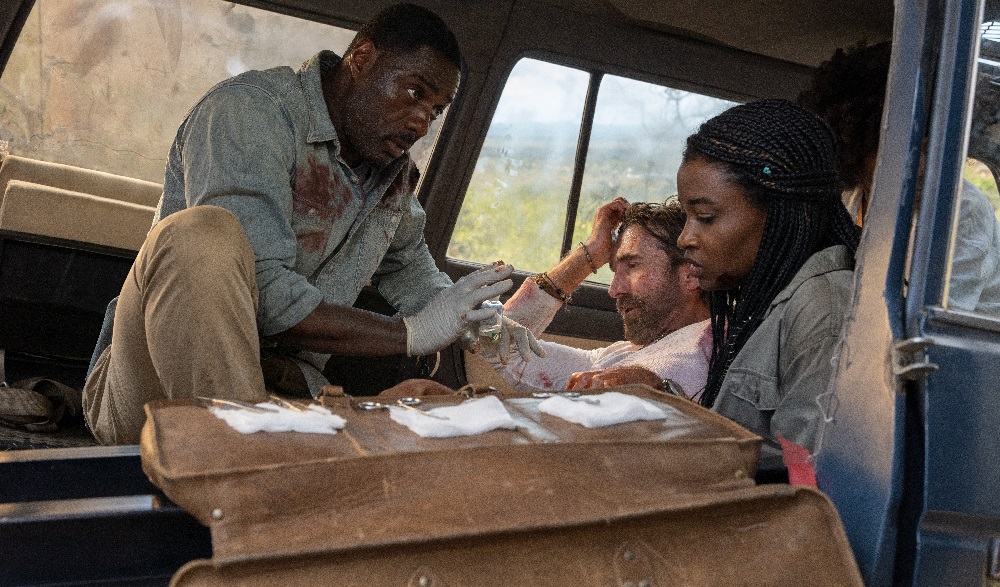 Beast pits star Idris Elba against a rampaging lion looking to get vengeance on all of humanity after a pack of greasy poachers murders his pride. That’s it. That’s the plot. In fairness, the efficient screenplay by Ryan Engle (Rampage), born from an original story by Jaime Primak Sullivan (Breaking In), has more on its mind than that. But not too much more. The basics are simple and straightforward, making this thriller something of an “animals attack” throwback that goes right for the jugular, with enthusiastic ruthlessness.

Kudos to director Baltasar Kormákur because, love them or hate them, it’s not as if many of his previous thrillers, like Contraband, 2 Guns, Everest, or even Adrift, were known for their subtlety. But he understands what this film requires in order to meet with success. Set the stage. Make sure the audience has a decent grasp of the environment. Show the primal terror stalking the protagonists only in brief snippets, withholding revealing the beast in its full, rage-fueled glory until the climax.

Kormákur does an overall solid job. The opening prologue hits hard and fast, and while this angry lion is more Jason Vorhees with paws, more hair, and razor-sharp teeth than he is a second cousin to an alpha predator, as documented in shows like Nature or nonfiction features like African Cats, that’s par for the course. Kormákur knows he doesn’t need to overplay his hand, with much of the emotional heavy lifting done simply by the concept of a father protecting his children from being mauled to death by a rogue carnivore in the middle of the South African desert.

Not that the script doesn’t try to tip the scales toward ensuring that viewers latch onto the characters before the chaos starts. Elba portrays Dr. Nate Samuels. He’s brought his teenage daughters Meredith (Iyana Halley) and Norah (Leah Jeffries) to see their late mother’s isolated South African home and visit family friend Martin Battles (Sharlto Copley). He’s sort of a game preserve warden hired by the government to keep an eye on poachers and assist with legal safaris. When Martin takes everyone out for a day of sightseeing, things go terrifyingly off the rails when they discover they’re being stalked by that aforementioned lion.

The kicker is that Nate is estranged from his children, because they feel like he wasn’t there during their mom’s battle with cancer. They had recently separated, and it wasn’t until late in the game before he fully knew that his wife’s case was terminal. The doctor feels like her death was his fault, that if they’d still been together, maybe he would have noticed the signs before it was too late.

This means that, interspersed between tense moments of random lion attacks (most of which take place while the Samuels are trapped inside Martin’s badly damaged all-terrain vehicle), there are snippets of dialogue concerning the trio’s shared history. They scream. They shout. They reconnect. They forgive. But unlike similar scenes from Kormákur’s other films, there is punchy brevity to these moments that hits home. They feel genuine and, as unintentionally silly as some of the dialogue may be, there is a heartfelt sincerity to the trio’s delivery that worked for me.

It helps considerably that Elba, Halley, and Jeffries play off one another beautifully. The histrionics ring true, and the ways they attempt to collectively deal — and in the process psychologically heal — during this unfathomable situation has a crazy, fervently potent naturalism that’s wonderful. Elba is particularly outstanding, giving far more of himself over to the material than it deserves and, because he’s done so, elevates it to levels it never would have reached without his forcefully magnetic presence.

The CG technology utilized to give life to the lions is mostly top-notch. Some of the close-ups do have a cartoonish, digital haze. But only a few sequences during the climax showcased that all-too-familiar video game cut-scene aesthetic that’s become normal in films both big and small. Kormákur and his ace cinematographer Philippe Rousselot (A River Runs Through It) do a superb job with color, movement, and the gorgeously remote South African landscapes so as to keep the eyes from fully focusing on their roaring four-legged ruffian. This gives the lion’s attacks a more impactful bite than otherwise would have been possible, had the viewer been attempting to nitpick the visual effects.

The final battle went right where I expected, and there was never a moment where I was completely surprised. Nevertheless, I was still glued to my seat. This lion bared its teeth, and a shiver went up and down my spine each time it did. Beast is no Jaws, but who says it has to be? Kormákur’s made one heck of an entertaining genre throwback, and that’s just fine. 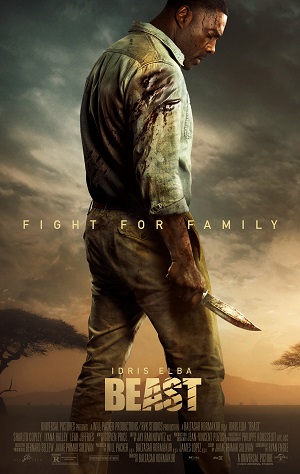