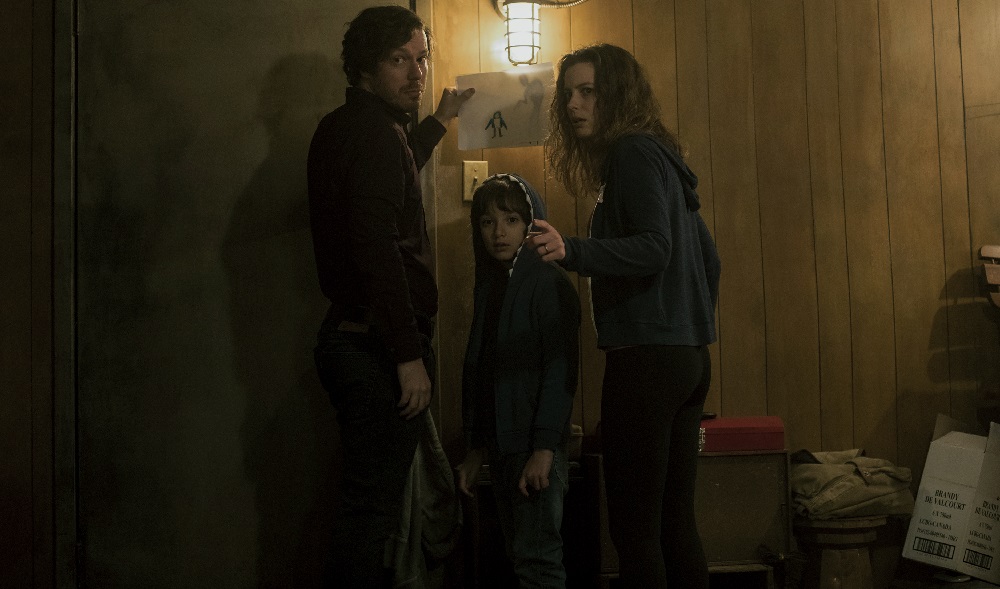 Autistic 8-year-old Oliver Sutton (Azhy Robertson) has trouble speaking and utilizes an app on his cell phone to communicate. Virtually friendless, the boy spends much of his time watching SpongeBob SquarePants cartoons while trying to ignore his parents Sarah (Gillian Jacobs) and Marty (John Gallagher Jr.) when they are yelling at one another for reasons he doesn’t understand.

One night, a new picture book pops up on Oliver’s cellphone about a lonely monster named Larry looking for a friend. Once he begins to read it, it quickly becomes clear that this isn’t just any story. Larry is real. Powered by social media, he is fueled by the loneliness he feels emanating from the flip side of a cellphone, laptop, tablet or television screen, and once he decides on a person to be his friend, he’ll do anything to make that happen.

Based on his popular 2017 short film “Larry,” I imagine some viewers are going to compare writer/director Jacob Chase’s feature-length debut Come Play to Jennifer Kent’s The Babadook. Both concern vaguely supernatural monsters stalking young children who have been ostracized from kids their own age. Each has as their central protector a frazzled mother who briefly wonders if she capable of protecting her child from harm.

That is where their similarities end. Kent’s film dealt with themes of trauma and grief while at the same time was a tale of visceral terror, and because of this became more dramatically complex and thought-provoking as it went along. Chase’s effort, while dealing with some interesting topics involving child autism and societal reliance on handheld technological devices, is still fairly light and not altogether interested in examining weighty issues in a nuanced or complex way. It’s looking to thrill and chill, and honestly that’s pretty much it.

Not that there’s anything wrong with that. Chase knows what he is doing, and from Poltergeist to Something Wicked This Way Comes, from Gremlins to Arachnophobia, the filmmaker has unquestionably done his homework. He builds up his characters, adding subtle layers that make them instantly relatable. This doesn’t just apply to the primary trio of Oliver, Sarah and Marty, either, but also to the majority of the supporting players who end up having an impact on the overarching story. Chase also doesn’t waste any time introducing Larry, doing so with an effective mix of mischievous goofiness and ominous foreshadowing that works rather nicely.

It helps considerably that the relationship between Oliver and Sarah is so strong. This boy, dealing with issues and uncertainties he is unable to clearly articulate and unsure if he even should in the first place, feels alone for a reason, and this has quite a bit to do with the actions of his mother whether she realizes it or not. Sarah is also reeling, desperately wanting to protect her son from a world that seems engineered to be against him while at the same time longing for any sign of love or affection from him to be pointed her way.

These are heady issues, and Chase doesn’t always deal with them as cleanly or as concisely as he possibly could have. But the performances from Robertson and Jacobs are so strong, so finely detailed, that there isn’t a ton of clarity as it pertains to this mother-son connection isn’t nearly as big a deal as it could have been. The pair do just enough to create an effective emotional bond, all of which gives the film its undeniable power and ends up leading to a startlingly haunting final scene that genuinely caught me by surprise.

From a technical standpoint this is a handsome production across the board. Composer Roque Baños (Evil Dead), cinematographer Maxime Alexandre (Crawl), editor Gregory Plotkin (Get Out) and production designer David J. Bomba (Mudbound) are A-list talents and each does exquisite work. Their combined efforts elevate the material a few notches higher than it likely would have ascended to without them. Couple that with the marvelous practical effects and inventive creature design utilized to give Larry his life, Come Play ends up being a fun, frequently tense little genre shocker that’s also a sublime calling card for Chase that has me excited to see what he’ll get up to next. 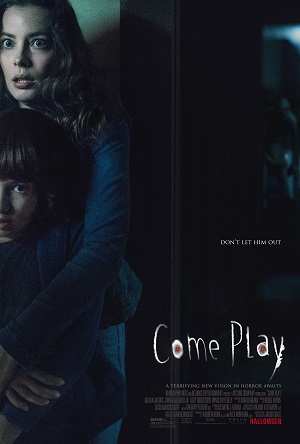