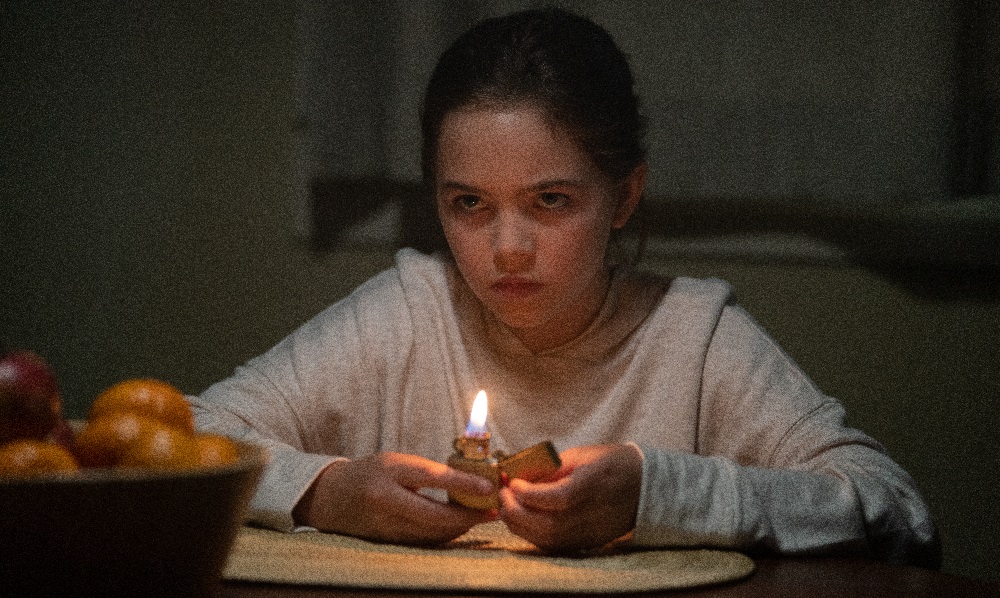 Back in the early 1980s, John Carpenter was tasked by Universal Pictures to write and direct an adaptation of Stephen King’s Firestarter. But after his remake of The Thing tanked at the box office and was savaged by critics in the summer of 1982, the studio jettisoned him from the project and went with Roller Boogie and Class of 1984 filmmaker Mark L. Lester instead.

Time has proven this decision to be a mistake. Where The Thing has become a bona fide classic and is considered one of the greatest horror films ever made, the 1984 version of Firestarter is best known for an early starring role for Drew Barrymore and its explosively over-the-top climax. I only sit back and wonder what Carpenter would have done with the material, and if his 1983 adaptation of King’s Christine is any indication, it’s easy to surmise it could have been something special.

Fast-forward four decades. Universal is back with a new take on Firestarter, and this time Carpenter is involved. Along with his Halloween (2018) and Halloween Kills collaborators Cody Carpenter and Daniel A. Davies, he’s responsible for this latest version’s score, and it’s excellent. The music oozes danger and intensity, with Carpenter and company adding a layer of ominous menace that got under my skin.

As far as superlatives go, that’s pretty much it as far as this incarnation of Firestarter is concerned. I don’t know if something happened behind the scenes. I don’t know if producer Jason Blum or the studio overlords at Universal had more control over the finished product than director Keith Thomas (The Vigil) and writer Scott Teems (The Quarry) did. Whatever the reason, this version makes the 1984 film look like a cinematic masterpiece in comparison, and even fans of Lester’s take would never in a million years claim that.

The core plot dynamics have been updated to the current day but otherwise remain relatively unchanged from King’s source material. Parents Andy (Zac Efron) and Vicky McGee (Sydney Lemmon) have been lying to their 11-year-old daughter Charlie (Ryan Kiera Armstrong). They are not who they say they are. Instead, the family has been on the run from a secretive government agency for over a decade, keeping Charlie in the dark as to why.

While in college Andy and Vicky were part of an experiment to augment any potential psychic abilities they may have had. These tests were a success, and the pair fell in love and had a child, Charlie. She was born with a terrifying gift, the ability to start fires only with the power of her mind. Before their daughter could be taken from them to be studied, and maybe even transformed into a dreadful weapon, the parents executed a daring escape. They’ve been in hiding ever since.

There are only two characters who are even moderately fleshed out in this mess: Andy and Charlie. Vicky has a couple of moments, and Lemmon certainly does her best to make her few scenes memorable. But for the most part, none of the supporting actors are given even the faintest of opportunities to impress. Only Efron and Armstrong rise above the fray, the latter in particular doing a terrific job of showcasing the whirlwind of emotional chaos Charlie is forced to deal with when scientists and assassins come knocking at her family’s front door.

But so what? It’s all in service to nothing. The exploration of Charlie’s powers is nonexistent up until the point she needs to know how to use them to take on the baddies who are hunting her. As to those villains, other than a good scene with Kurtwood Smith as a doctor who originally supervised the tests performed on Andy and Vicky, they’re a bunch of one-note Snidely Whiplash mustache-twirling nincompoops who are more unintentionally laughable than they are sinister or scary.

Where this is truly appalling is in regards to actor Michael Greyeyes. He’s cast as a shadowy operative named Rainbird, who is tasked with capturing Charlie for experimentation. The character was memorably portrayed by George C. Scott in the 1984 version, even though he was wrong for the role. Greyeyes is a perfect replacement, and Thomas and Teems go to great lengths to imbue this character with dignity, strength, and a sense of cultural heritage and purpose absent from the earlier film and only hinted at in King’s novel.

What makes it damning is that the finished feature does nothing with Rainbird after his terrifying introduction. He makes a couple of speeches and foreshadows what will transpire during the last act. Other than that? He’s window dressing. While Greyeyes does what he can, mostly he is a figure hovering in the background, making his scenes with Armstrong during the climax baffling headscratchers that would be flatly idiotic if they weren’t so disagreeably insulting.

Maybe this book is unadaptable? I wouldn’t think that would be the case, because as far as King stories go, this one is fairly straightforward. But Lester was no stranger to entertaining genre schlock — he did make Commando and the aforementioned Class of 1984, after all. As for Thomas, The Vigil was a spooky, imaginative heart-stopper and one of last year’s best horror films. So as artless as this Firestarter might be, that does not mean the director does not have any talent. Quite the opposite.

Honestly, all this does is make me wonder once again what Carpenter’s Firestarter would have looked like. Based on the crackerjack score he’s provided for this otherwise anemic remake, I’m tempted to believe I would have loved it, and it’s a pity I’ll never know for sure. 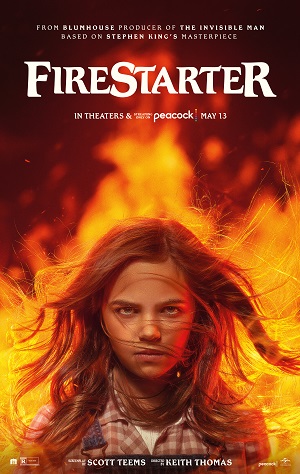