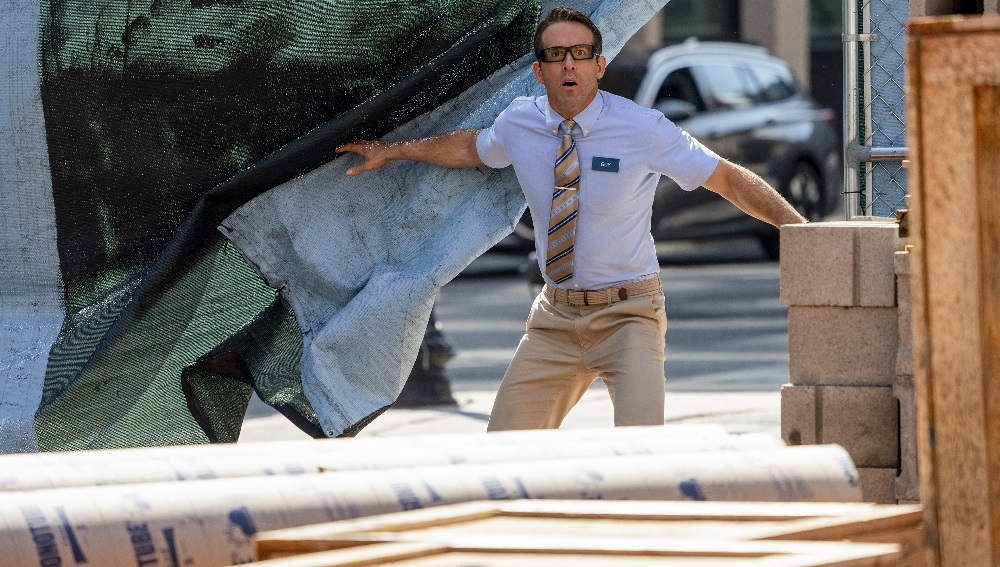 If you took TRON and TRON: Legacy, threw in a dash of Ready Player One, The Truman Show and The Last Starfighter, and then added a gentle dollop of The LEGO Movie before throwing it all into a blender, it’s likely something similar to Free Guy is what would get poured into the glass. Writers Matt Lieberman (The Christmas Chronicles) and Zak Penn (The Incredible Hulk) have come up with a playful bit of nonsense that pretty much dares the audience not to enjoy themselves.

Director Shawn Levy’s (Real Steel, Night at the Museum) latest might be the most unexpectedly entertaining movie I’ve seen so far this year. A freewheeling yarn of identity filled with charming moments, well-staged action sequences and a bevy of strong performances from Jodie Comer, Lil Rel Howery, Joe Keery and Utkarsh Ambudkar, this one is a great deal of goofy fun. I had a blast, and even Ryan Reynolds at his most Deadpool-esque Ryan Reynolds-ness wasn’t enough to erase the happiness I felt for most of this one’s nicely paced 115 minutes.

I’m struck by how gosh-darn nice the film is. Lieberman and Penn’s story is a celebration of goodness, its main character a champion of hopeful resilience who refuses to back down at any roadblock, no matter how massive. This is an amiable, oddly life-affirming journey that only grows in happy intimacy as it goes along, and while there are few shocks as far as the outcome is concerned, that still didn’t make getting to the destination any less enjoyable.

Guy (Reynolds) is a teller at Free City’s largest bank. He’s best friends with security guard Buddy (Howery). He puts on the same blue shirt every morning and has the same cup of coffee at the start of each day. But while he and Buddy are lying on the floor having a pleasant conversation during his bank’s latest robbery — which happen three or four times during business hours — Guy begins to wonder if there isn’t more to life.

Enter Millie (Comer). She’s the girl of Guy’s dreams, and even though she’s wearing sunglasses — he and the rest of Free City’s residents aren’t supposed to converse with the sunglasses people — he’s sure that if the two of them were to meet, sparks would fly. Heck, he’ll even get himself a pair of sunglasses if that will speed things up between them.

The trick is that Guy isn’t a “guy” at all. He’s an NPC (a “non-playable character” for those unfamiliar with the acronym). This happy-go-lucky do-gooder is nothing more than a random video game character living inside a cybernetic world he is supposed to have zero control over. Players come into this wildly popular landscape to loot, pillage, have adventures and do damage to their heart’s content. Guy is programmed to let them do it, so the fact he’s gone off script and become “the good guy” is understandably bewildering to those responsible for his creation.

There’s not a lot more to it. Millie is running around Free City because, back in the real world, she’s a programmer who believes the man who owns the studio that put out the game stole some of her groundbreaking code to bring it to life. Initially, she thinks Guy is a fellow player who for whatever reason is flirting with her. When she learns the truth, it’s confirmation that her code is part of the game. It’s also a realization that, after the release of the sequel, Guy and the other citizens of Free City will be permanently erased, just at the precise moment their artificial intelligence has begun to blossom and take on a life of its own.

Comer is a delight. Her camaraderie with both Reynolds and with Keery (as Millie’s former programming partner who took a job with the company that manufactures the game) is sensational, in particular with the latter. It’s a surprisingly strong performance, showcasing the type of shrewdly magnetic spunk that could make an actor an instant star.

Reynolds has played several characters similar to this one, and I can’t say he’s doing much I haven’t seen from him before. His performance as Guy isn’t exactly revelatory, and as good as he is, there are moments where it felt like he was channeling a family-friendly version of Wade Wilson more than displaying anything different or new.

There are exceptions. The actor has a couple of killer scenes with Howery, each celebrating themes relating to friendship and free will, that are close to perfect. There’s also a stellar moment with Comer after Millie reveals the truth of this world to a gobsmacked Guy, Reynolds going through a tsunami of emotional permutations in the span of 15 seconds with a mournfully relaxed grace that’s lovely.

Taika Waititi is a shockingly forgettable villain as the game magnate trying to stop Millie and Guy from completing their quest to find the code which will reveal him as a thief and a fraud, while a third-act compendium of self-referential gags — which I can’t talk about without issuing a dossier full of spoiler alerts beforehand — strangely fall flat. The actual ending didn’t register as strongly as I hoped it would, and as pleasant as the last scenes were, they also conspicuously avoided many of the more complex ideas the film had been explicitly exploring up to that point.

Even so, Free Guy works. The fact it’s so concerned with kindness, so obsessed with the idea that doing the little things in one’s everyday life can have a profound and meaningful impact on the world at large, is so unabashedly wonderful it’s hard for me to get too angry over any of its more noticeable missteps. While I’m no gamer, this is one breezily intoxicating expedition into the unknown I wish I could pick up a controller and play for myself, and that’s a compliment. 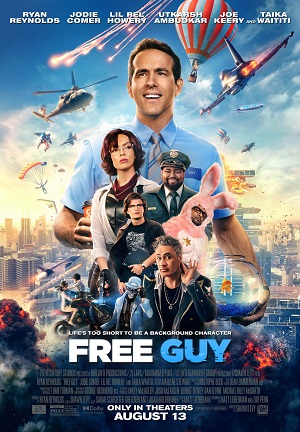